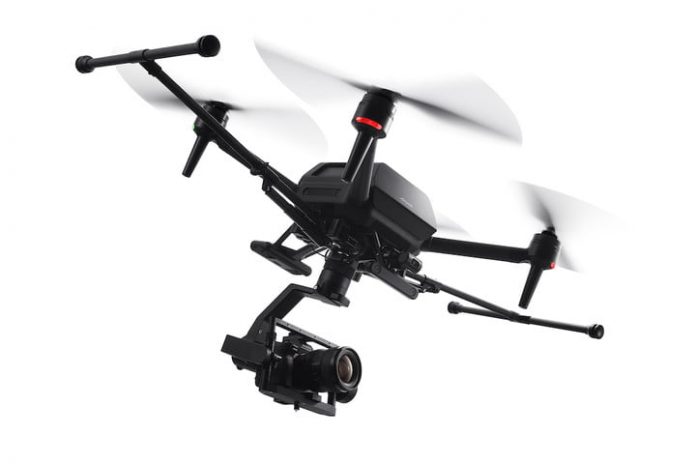 Sony has announced its first drone, the Airpeak S1, and it will out-accelerate the competition by rocketing to 50 miles per hour in just 3.5 seconds and on to a maximum speed of 55.9mph. That makes it the fastest accelerating drone in the industry. It’s not competing with small consumer drones like the DJI Mavic Air 2, however — this is a large pro-level drone designed to carry a gimbal and a full-size camera, ready for commercial use in the skies. And it costs $9,000.

The Airpeak S1 has a 644mm total span, making it similar in size to the DJI Inspire 2 but far more capable in terms of payload and ability. It’s the smallest drone that can carry a full-size mirrorless Sony Alpha camera equipped with interchangeable lenses. It uses five stereo cameras and two infrared cameras along with Sony’s new Vision Sensing Processor, and power is delivered using a new propulsion system using brushless motors, and an internal battery for a flight time of up to 22 minutes. Sony promises excellent stability during windy conditions too, stating it will remain steady even when wind speed reaches 44mph or 20 meters per second.

It’s controlled using the Airpeak Flight app which at launch will be available only for iOS, and a special remote control. The aircraft and an attached gimbal can be controlled by one person with the remote, and there will be a dual operation mode so one person can be tasked with flying the drone, and another controlling the gimbal. Sony has also announced Airpeak Base, a cloud-based app to plot automated flight routes, manage a fleet, and edit flight plans.

Sony has worked with drone gimbal experts Gremsy to produce a dedicated gimbal for the Airpeak S1, but it does not come pre-packaged with the drone so you’ll have to buy it separately. The S1 and gimbal are compatible with a wide range of Sony cameras including the A1, A911, A7s111, A7RIV, and FX3 cameras, along with E-Mount lenses between 14mm and 85mm. The gimbal is joined by a battery pack, charger, and another remote control as optional accessories for the S1, but prices have not been confirmed yet.

The Airpeak S1 — which comes with the remote, two batteries, a charger, and four propellers — won’t be available to buy until later this year. At that time more details on the specification and FAA approval, which is apparently underway, will be revealed, along with the cost of the accessories.