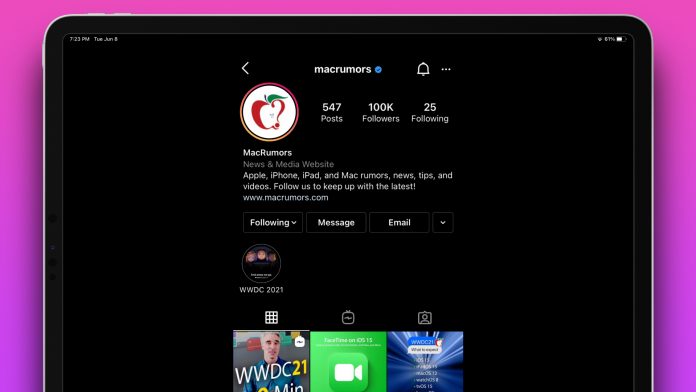 As spotted on Reddit, iPhone apps running on iPadOS 15 now run in landscape orientation rather than in portrait, as previously on iPadOS. This means that popular apps such as Instagram that have yet to release a native iPad app can run in landscape mode, with black bars on either side.

Users can continue to use the app in portrait mode if they wish, but the default has been switched to opening in landscape or whichever orientation the ‌iPad‌ is in when first opening the app.

Alongside this new change, iPadOS 15 also features the ability to place widgets anywhere on the Home Screen, improvements to multitasking, and more. iPadOS 15 is currently in beta testing and will ship to all users alongside iOS 15, watchOS 8, macOS Monterey, and tvOS 15 this fall. Related Roundup: iOS 15Related Forum: iOS 15
This article, “iPhone Apps on iPadOS 15 Now Run in Landscape” first appeared on MacRumors.com

Apple Could Be Forced to Follow New Digital Competition Rules or Face Fines, Under UK Proposal