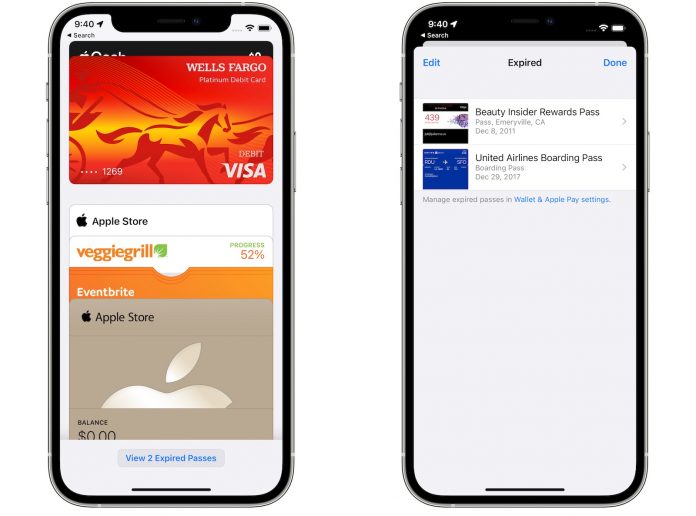 Apple announced iOS 15 on Monday, and as usual, there is a long list of smaller features that went unmentioned during the WWDC keynote.

One of these small but helpful features is archived passes in the Wallet app. Starting with iOS 15, expired boarding passes and event tickets in the Wallet app are automatically moved to an expired list, helping to reduce clutter.

In the Settings app under Wallet & Apple Pay, there’s a toggle switch for hiding expired passes that is enabled by default. Users who prefer to have expired passes shown alongside current passes can disable the setting.

Apple is making the Wallet app a lot more useful in iOS 15. In addition to digital boarding passes, tickets, and car keys, users can now add digital house keys, which can be tapped to unlock a compatible HomeKit door lock. Hotel room key cards can also be added to the Wallet app from a participating hotel provider’s app. Hyatt Hotels will be rolling out the feature to over 1,000 of its properties worldwide in the fall.

Another interesting new feature is the ability to add a driver’s license and/or ID from participating U.S. states to the Wallet app and present them securely at TSA checkpoints at airports. Apple says this feature will be available in late 2021, suggesting that it will be enabled at some point after the initial public release of iOS 15.Related Roundup: iOS 15Tag: Apple WalletRelated Forum: iOS 15
This article, “iOS 15 Automatically Archives Expired Boarding Passes and Tickets in Wallet App” first appeared on MacRumors.com