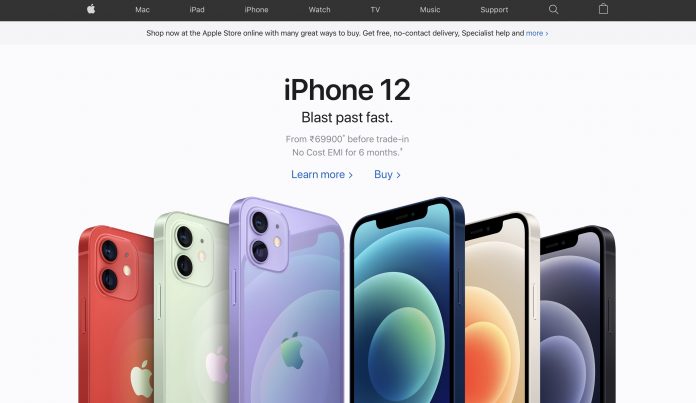 Apple enjoyed a “significant increase” in shipments in India in the first quarter of 2021, according to Canalys, suggesting the opening of its online store in the country late last year has been reaping rewards for the company (via DigiTimes).

Driven largely by traffic to the store that led to subsequent purchases, Apple became the fifth largest computer brand in India in Q1, with shipments of desktops, notebooks, tablets, and workstations combined reaching 208,000 units.

Research firm IDC’s figures also indicate Apple’s computer shipments in India (excluding tablets) grew 335.5% year-on-year in the first quarter and only lagged behind Asustek’s by around 2,000 units. Apple and Asustek were tied for fifth place in IDC’s rankings for computer brands in India in the quarter.

In a January earnings call, Apple CEO Tim Cook said that its India online store had received a “tremendous” response since opening, and that it had doubled Apple’s smartphone share in the country to 4% in the December quarter. Cook said that as a result of the success, Apple was bringing forward plans to launch brick-and-mortar retail stores in the country. Tags: digitimes.com, India
This article, “Apple’s Online Store in India Drives Significant Shipment Growth in Q1 2021” first appeared on MacRumors.com