HomeNewsApple Announces ShazamKit to Enable Audio Recognition in Third-Party Apps, Even on...
News

Apple Announces ShazamKit to Enable Audio Recognition in Third-Party Apps, Even on Android 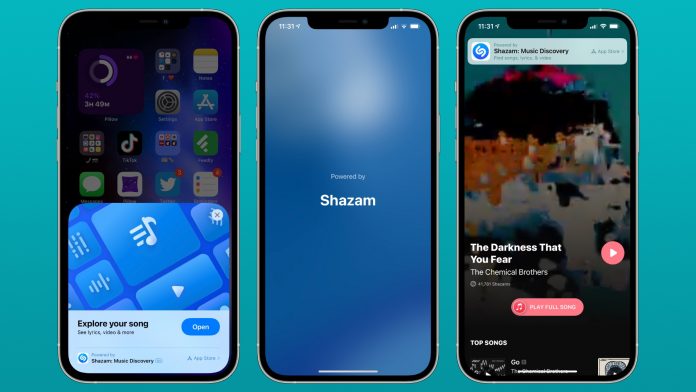 Apple has announced that it is opening up Shazam, the audio recognition app purchased in 2017, to third-party apps, even on Android, enabling them to use Shazam’s powerful technology to identify audio.

Over the years, Apple has been integrating Shazam more tightly into the core iOS experience. With iOS 14.2 earlier this year, Apple added a Shazam toggle to Control Center, allowing users to tap into Shazam’s audio recognition technology from anywhere on the device. The new toggle also allowed users to identify a song playing locally from their device, a scenario that previously required users to locate a secondary device to activate Shazam.

ShazamKit allows developers to match “music to the millions of songs in Shazam’s vast catalog” or by creating prerecorded audio that’s recognizable through an app’s own custom catalog, consisting of content such as audio from a video, podcast, and more.

Develop features in your apps using music recognition and seamlessly connect users to Shazam’s catalog of music. ShazamKit lets you enrich your app experience by letting users find out a song’s name, who sang it, the genre, and more. Learn where in the song the match was found in order to synchronize content with user experiences.

ShazamKit can also be used to create a fully custom experience, such as having an app react to specific audio that is played from its custom audio library. Developers can learn more about ShazamKit here and by watching this WWDC session.Tag: Shazam
This article, “Apple Announces ShazamKit to Enable Audio Recognition in Third-Party Apps, Even on Android” first appeared on MacRumors.com

Intel will feature DDR5 and PCIe 5.0 first, but AMD won’t be far behind