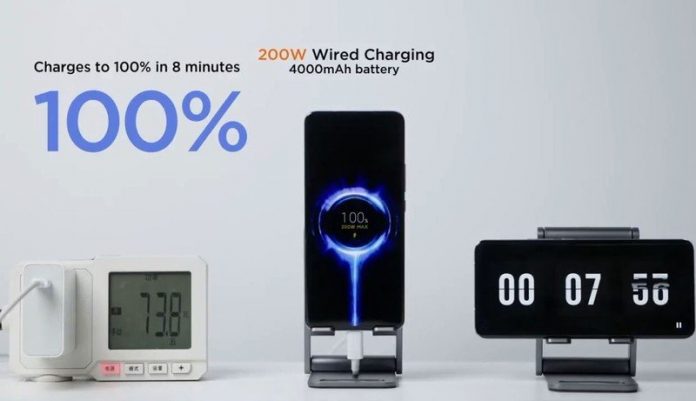 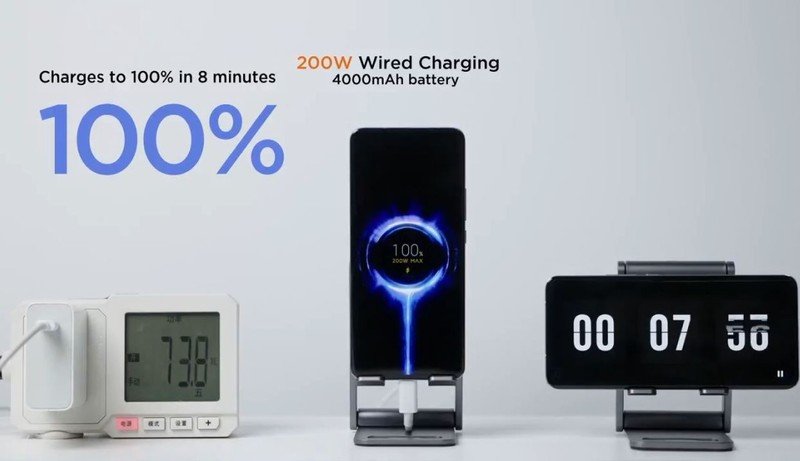 Xiaomi today showcased a new 200W “HyperCharge” fast charging tech, which it says can fully charge a phone in eight minutes. It used a modified Mi 11 Pro with a 4,000mAh battery to demonstrate the tech. Xiaomi was also the first smartphone maker to introduce a 100W fast charging solution. The company demonstrated the 100W “Super Charge Turbo” tech in March 2019, although the tech was commercialized only in August last year.

As can be seen in the video above, Xiaomi’s new HyperCharge tech takes just three minutes to charge the modified Mi 11 Pro from empty to 50%. In addition to 200W HyperCharge wired fast charging system, Xiaomi has introduced a new 120W wireless charging solution as well. Xiaomi claims its latest wireless charging tech can fully charge a phone in just fifteen minutes.

Unsurprisingly, Xiaomi hasn’t yet provided a timeframe as to when the first phone with the new 200W HyperCharge tech will hit the market. Currently, the fastest charging Xiaomi phone is last year’s Mi 10 Ultra, which supports 120W wired charging speeds.

Seeing how the Mi 11 Ultra is a downgrade over the Mi 10 Ultra in the fast charging department, it may take a while before we see a Xiaomi flagship with 200W charging. It is also worth noting that such high charging speeds could have a significant impact on long-term battery health and also lead to overheating issues.