The HTC Vive Pro 2 and Vive Focus 3 are here: What you need to know 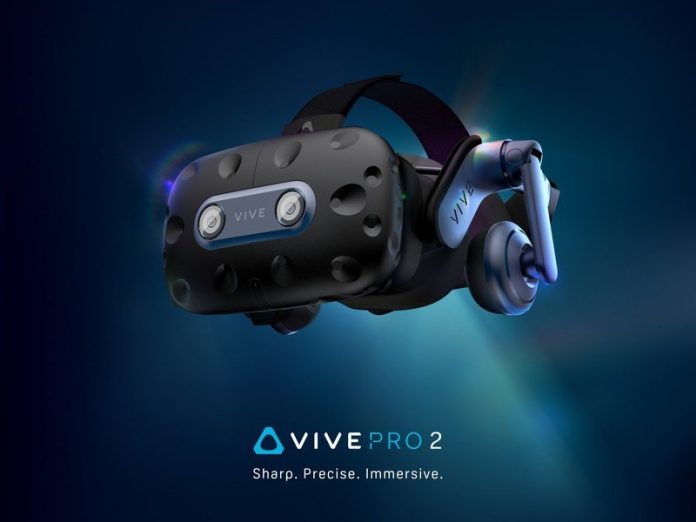 Oculus Quest killers, these are not. At least, not yet, anyway. 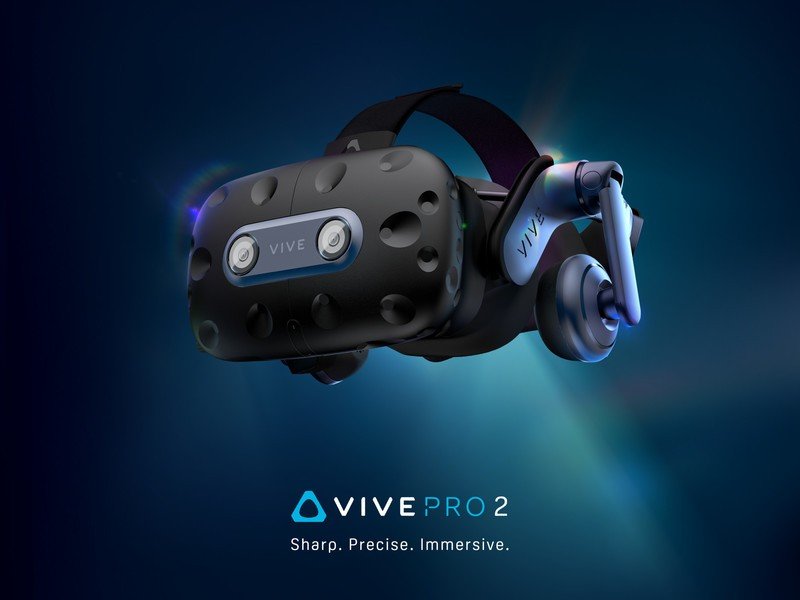 HTC’s long-awaited next-generation Vive VR headsets have just been announced, meeting expectations in some ways, and falling short in others. HTC has been teasing the announcements for what feels like months now, giving users hope that it was ready to take on Facebook head-on with an Oculus Quest 2 killer. Turns out, HTC isn’t ready to tackle the consumer standalone VR segment just yet, but the company says that its latest enterprise-only standalone headset the HTC Vive Focus 3, is building the foundations for this exact plan. Meanwhile, the HTC Vive Pro 2 could very well edge out the Valve Index for best PC VR headset.

The Vive Focus 3 is laser-focused on the enterprise market, delivering dual 90Hz RGB stripe 2.5k LCD displays (that’s 5k resolution total) and a super-wide 120-degree field-of-view (FoV). HTC specifically outlines that it’s delivering fine-tuned IPD adjustment — a clear dig at the Oculus Quest 2’s IPD adjustment of 3 preset positions — but stops short of giving the full IPD range offered. A new strap design features balanced weight distribution, is easily adjustable via a single wheel on the back, and even tucks away a quick-swap battery inside the back padding. All the padding can be easily removed and cleaned, as well, making it ideal for an enterprise environment. 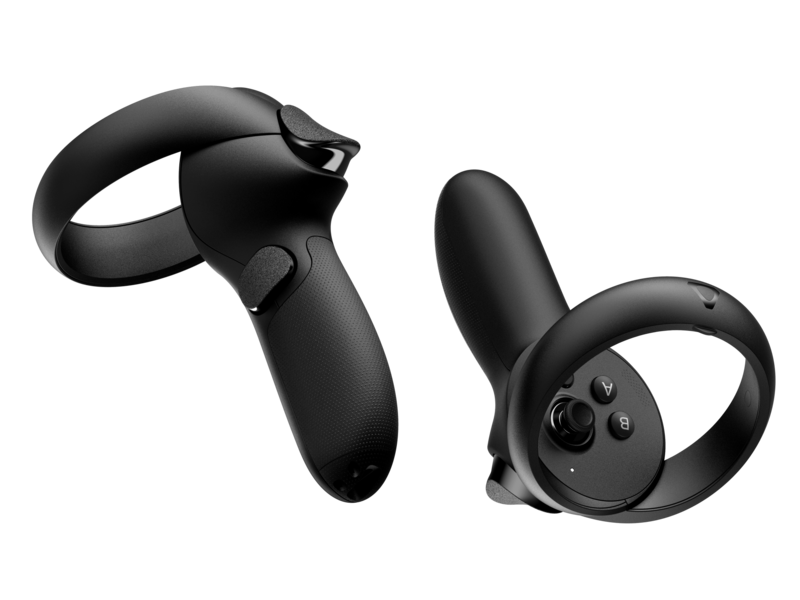 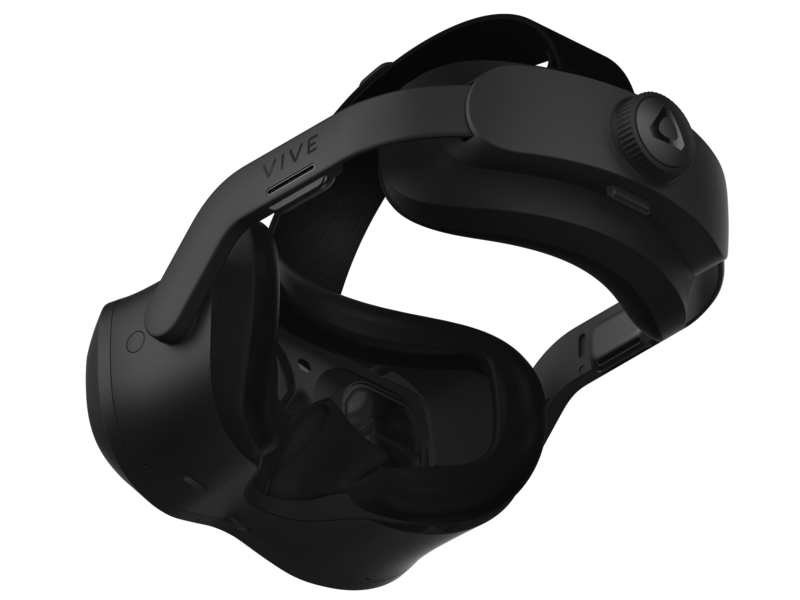 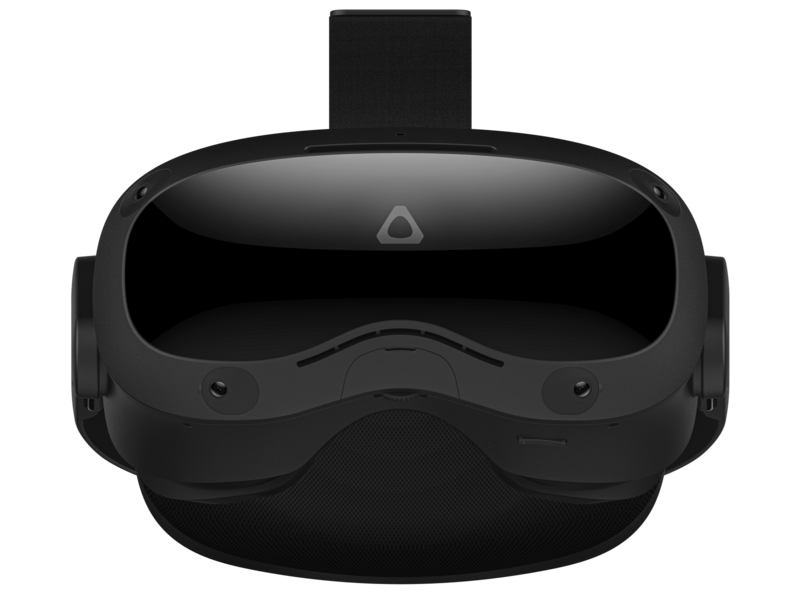 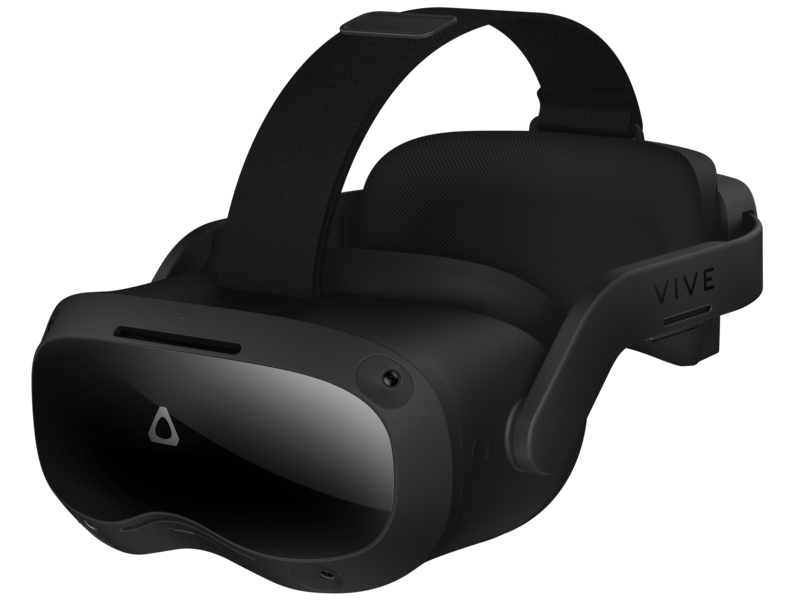 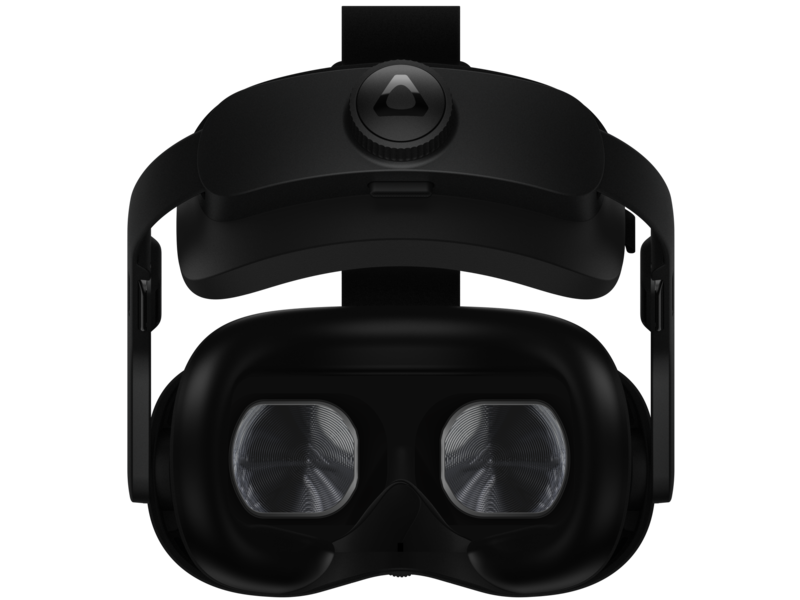 HTC says changing out the pads and batteries only takes a few seconds thanks to their new design, and even the battery will quickly charge to 50% in only 30 minutes, with a handy LED indicator on the battery, making it easy to know how much juice the battery has left. The Vive Focus 3’s magnesium alloy frame is said to be 20% lighter and 500% stronger than traditional plastics, which should combine nicely with that even weight distribution. Inside the strap is a pair of dual-driver speakers that are designed to deliver audio without touching ears, similar to what you’ll find on the Quest line of headsets.

HTC is using a new AI-powered inside-out tracking algorithm for the Vive Focus 3, which will hopefully work a little better than what was used on the Vive Cosmos. The controllers have also been redesigned and feature a long handle for better ergonomics, as well as a rechargeable battery that lasts for up to 15 hours on a single charge. HTC says they’ll be updating the Vive Focus 3 with hand tracking in the near future. All this is powered by the Qualcomm Snapdragon XR2 — the same dedicated AR/VR chipset found in the Oculus Quest 2 — and HTC will be selling the Vive Focus 3 on June 27, 2021, for $1300 / €1180 / £1060 on its website.

HTC’s recent partnership with iFixit looks like it might come in handy for the Vive Pro 2, which can be pre-ordered right now for $749 / €739 / £659. This partnership was an extremely consumer-friendly move, invoking the Right to Repair that several big tech companies have fought against over the years. Just as with the original Vive Pro, HTC is splitting its efforts between the enthusiast PC VR crowd and the enterprise market, creating a tethered headset that plugs into a DisplayPort 1.2 port on a PC. 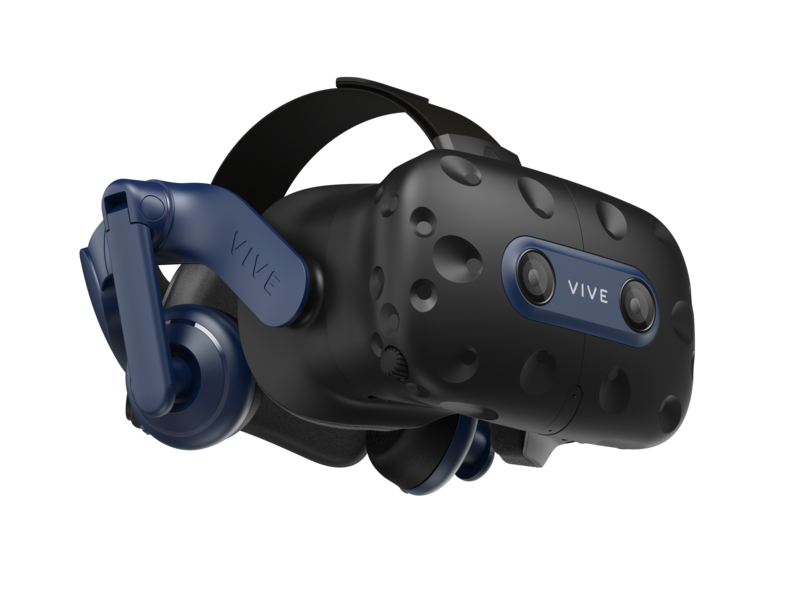 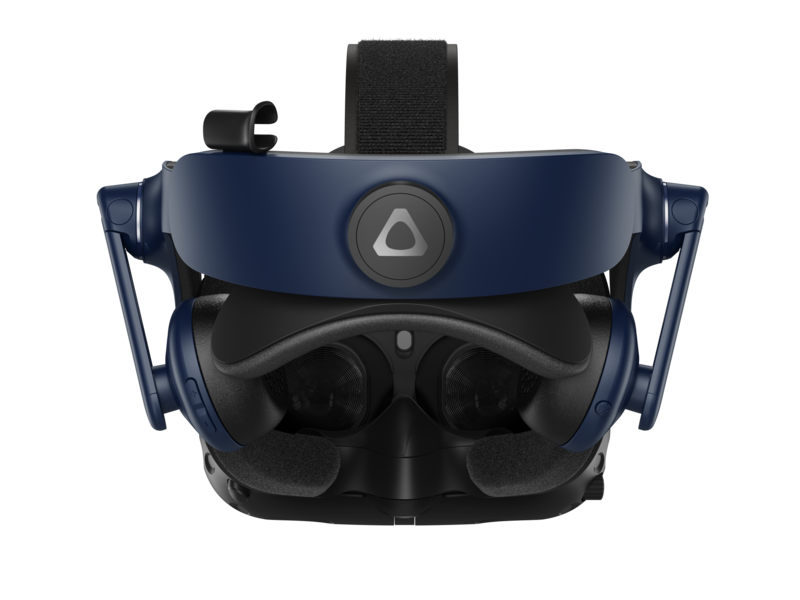 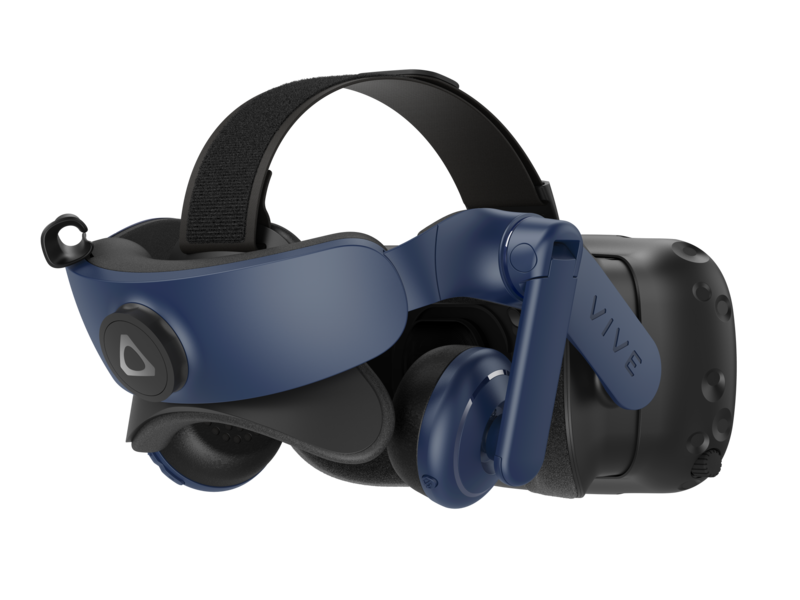 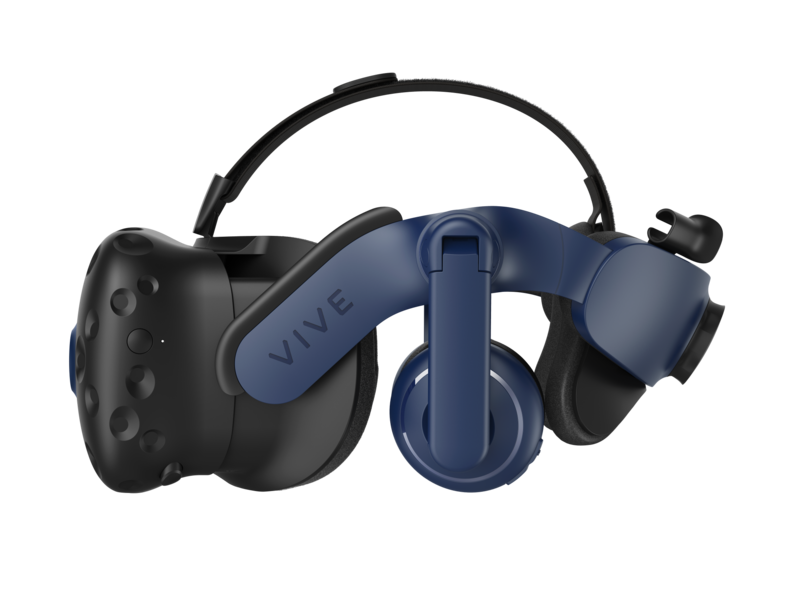 Like the Vive Focus 3, the Vive Pro 2 features 5k resolution displays but follows more in the footsteps of Oculus by using a single 5k resolution display instead of dual displays. It’s still got that quick-adjusting IPD dial on the side though, which is great for adjusting IPD without having to remove the headset. The big upgrades are the 120Hz refresh rate, as well as a new 120-degree field-of-view (FoV), as well as some brand new dual-stacked lenses. In addition to that, the speakers on the Vive Pro 2’s ultra-comfortable head strap design — that’s the same great headset HTC used on the HTC Vive Pro — have been upgraded, now delivering even better high-res audio straight to your ears without the need for an additional pair of cans.

HTC is selling the Vive Pro 2 by itself for existing PC VR gamers looking for a headset upgrade. As with anything in the SteamVR ecosystem, the Vive Pro 2 headset works with all existing SteamVR-compatible controllers — including the Valve Index knuckles controllers — all Vive tracker generations, and both SteamVR 1.0 and 2.0 base stations. The full kit retails for $1399 / €1399 / £1299 and includes SteamVR 2.0 base stations and two Vive controllers, and will be available on June 4 on its website.