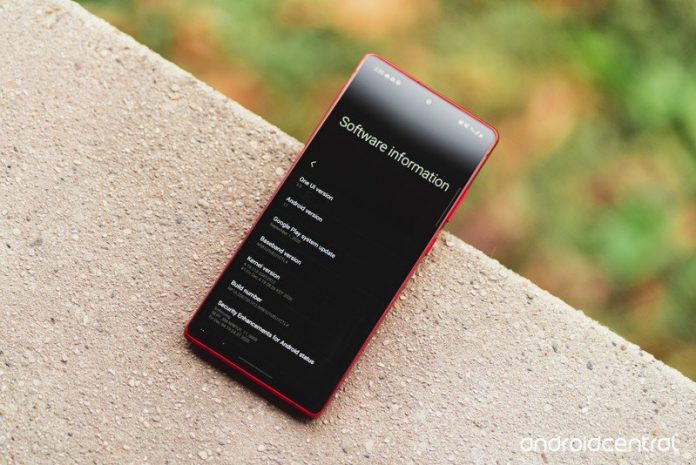 One UI 3.1 brings visual refinements and all the new features introduced in Android 11. 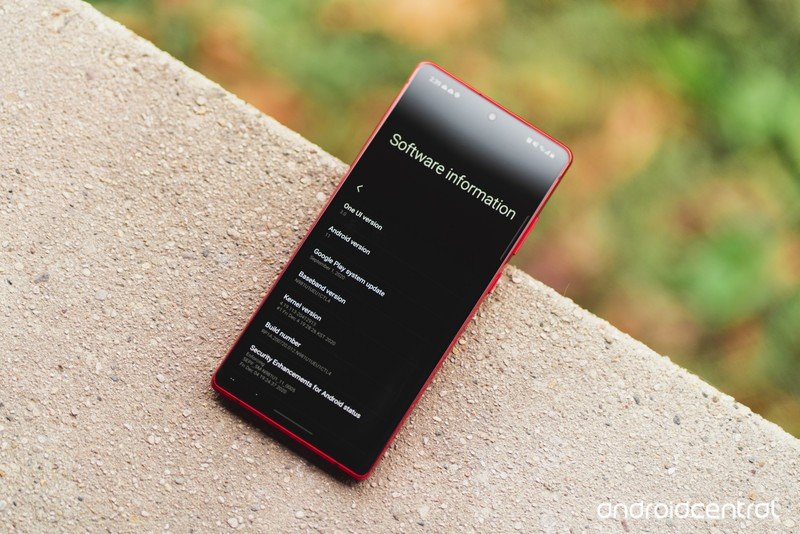 With the Android 11 update, Samsung offered a visual overhaul to its UI in the form of One UI 3.0 and 3.1. One UI 3.0 debuted earlier this year for the Galaxy S20 series after being in beta for a few months, and with the introduction of the Galaxy S21 series, Samsung added a few new features and released the build as One UI 3.1.

Samsung is doing a much better job with software updates over the last two years, and the result is that the best Samsung phones have already been updated to One UI 3.1. The UI offers new aesthetics and improved first-party apps and includes all the new features Google introduced in Android 11.

So if you’re already running One UI 3.1 or are considering buying a Samsung phone this year, here’s what you need to know about all the new features in One UI 3.1.

All the features you need

The Galaxy S21 offers the latest internal hardware in a gorgeous package, a high-quality 120Hz AMOLED panel, and outstanding cameras. And the best part is that it costs less than its predecessor. 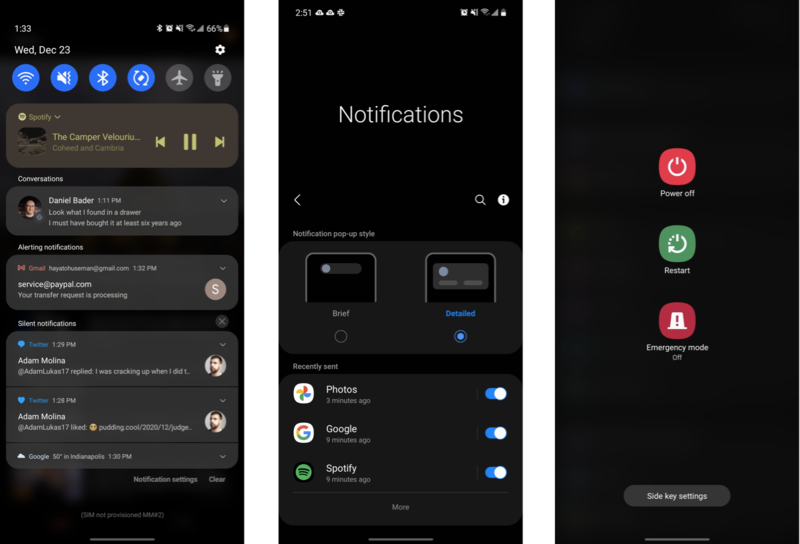 When it first rolled out to devices like the Pixel 5, Android 11 had a clear focus on improving notification management, and though the look of One UI is drastically different from that of “stock” or “pure” Android 11, the same core tenets are all here. One UI 3.1 now groups notifications by category, broken down into conversations, alerting notifications, and silent notifications.

Just like on other Android 11-powered devices, this categorization makes it subtly easier to prioritize notifications; if something pops up in the conversations tab — say, a Telegram or Slack message, it doesn’t get lost in the mix of incoming emails, news, and weather updates, and the like.

If you want to go a step further and really bring conversational notifications to the forefront of your attention, One UI 3.1 supports Bubbles, those love-it-or-hate-it floating app icons directly inspired by Facebook’s old Chat Heads system. I’m personally not a big fan of Android 11’s Bubbles, but they’re a bit easier than jumping back and forth between your messaging app and whatever other task you’re in the middle of.

Samsung brought over nearly every Android 11 feature, but I really would’ve loved a better power menu.

Continuing on the topic of notifications, there’s a new Gaussian blur effect behind the notification shade that provides clear separation from the rest of the screen. It makes notifications a bit easier to read and persists to various parts of the One UI interface, including the quick toggles screen and app drawer. If you accidentally dismiss a notification without reading it, you can also now view your notification history in the system settings. Just be sure to enable it first; it’s an opt-in setting.

Just like in Android 11 on the Pixel 5, music and video playback now conveniently reside in a single persistent widget above your notifications — though unlike on the Pixel, this only happens when you’re managing multiple streams at once. When you’re merely watching a video, it lives in its own notification, just as it did in Android 10.

Unfortunately, the one feature that seems to be missing in One UI 3.1 is the revamped power menu we saw in Google’s Android 11, which introduced card management for Google Pay as well as quick toggles for your smart home devices. Instead, you’re presented with the exact same basic shortcuts as before; power off, restart, and emergency mode, along with side key settings to toggle power button functionality between the power menu and Bixby (which, for the record, is still the default behavior).

While disappointing, this makes sense. Samsung would, of course, rather encourage you to use Samsung Pay over Google Pay, and includes a quick swipe up shortcut from the bottom of the home screen to access your default credit card. The company also has its own Smart Things system for connected devices, and well, Bixby is Bixby. 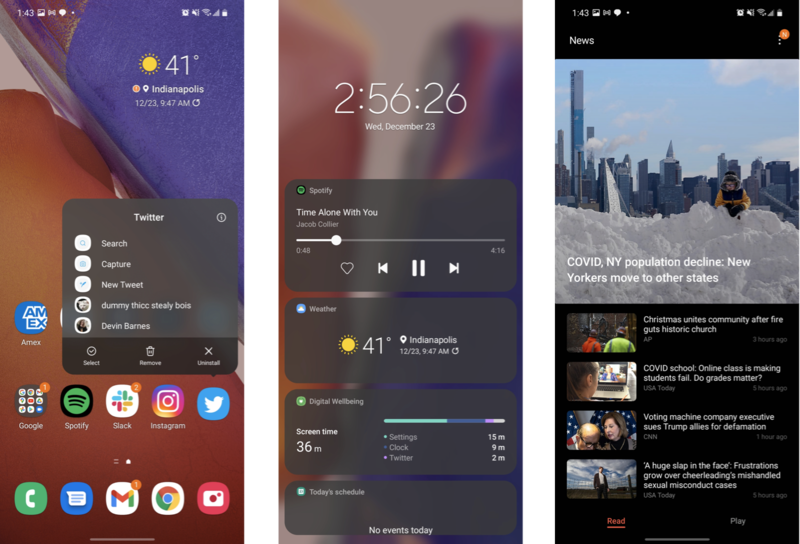 The addition of Gaussian blur isn’t the only change Samsung made to One UI’s look and feel. In fact, nearly the entire interface has been refreshed with more modern visuals and, at least in most cases, cleaner and easier to navigate menus. The icons in the Settings app have been refreshed with the same “squircle” borders One UI imposes on the icons in your app drawer, and the menus have been simplified a bit to make key settings easier to find. I’ve always found Samsung’s settings menus to be messier and more complicated than others, so this is a nice step in the right direction.

Back on the home screen, long-pressing on an app icon shows a similarly tidied menu compared to One UI 2.5, condensing actionable items into a single window instead of separating app-specific shortcuts from system-level actions like uninstalling the app. You can also now double-tap on any blank space on the home screen to turn off the screen without having to press the power button. Nice!

Interestingly, Samsung Daily (the news feed to the left of the home screen) has been replaced with a new service called Samsung Free, which similarly rounds up news from various sources, but also gives you access to instantly playable games handled through Samsung Game Launcher, without any additional downloads required. At least at the time of writing, these are mostly the kind of low-effort games you’d see advertised in other freemium titles, but it’s a nice inclusion nonetheless.

One UI 3.1 also brings minor improvements to the lock screen, with a new full-screen scrollable list of widgets giving you quick access to features like your music, schedule, weather, and Digital Wellbeing stats, all accessible by selecting the on-screen clock — which is now centered instead of being left-aligned. There are more comprehensive Always-On Display settings now, as well, including the ability to load your own GIFs.

Many of Samsung’s first-party apps have been updated with slightly a modern design, including Phone, Samsung Pass, Gallery, and more. Most of these are fairly subtle, but it leads to a somewhat more cohesive overall look.

When I demoed the One UI 3.0 beta last year, one of the more controversial changes in the eyes of Samsung fans was the redesigned volume menu, which opens as a minimalistic vertical slider when you press either of the volume buttons. By tapping the three dots at the top of the slider, you can open an expanded menu with sliders for system volume, alarms, media, and so on. I think this is a great look, but it’s admittedly less straightforward than before, relying on icons rather than text labels to denote each slider.

Within that expanded view is also Live Caption, which transcribes dialogue audio in real-time. This setting was available in Android 10 as well, but again, it’s denoted by an icon rather than text here, for better or worse.

Camera improvements in One UI 3.1 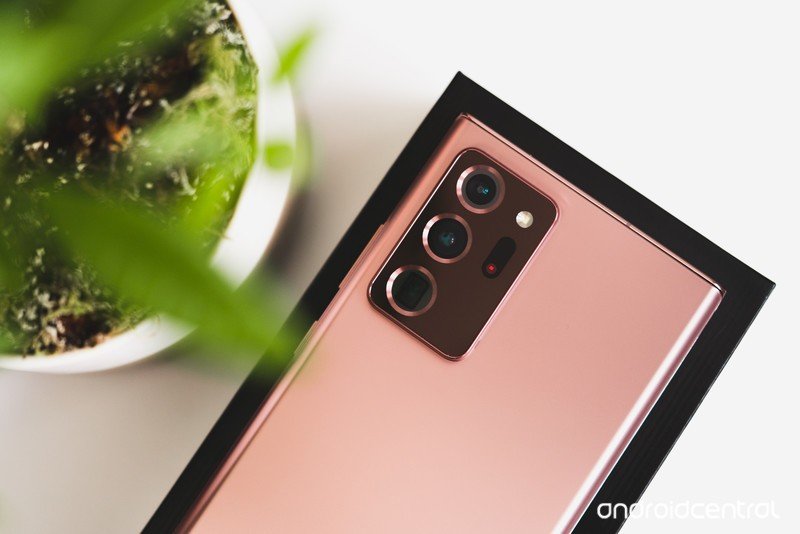 The camera software in One UI 3.1 looks virtually identical to the implementation in One UI 2.5 on Android 10, but Samsung claims to have improved a few features under the hood relating to the image capture process. Namely, phones with high zoom levels like the S21 Ultra and Note 20 Ultra can now supposedly benefit from improved image stabilization while taking photos of the moon — an oddly specific feature that I wasn’t able to test.

More broadly, both autofocus and auto-exposure should see improvements with the One UI 3.1 update. This is, again, a change that would likely be most noticeable on last year’s S20 Ultra, which remains the only phone in Samsung’s 2020 lineup with which I’ve experienced focusing problems. 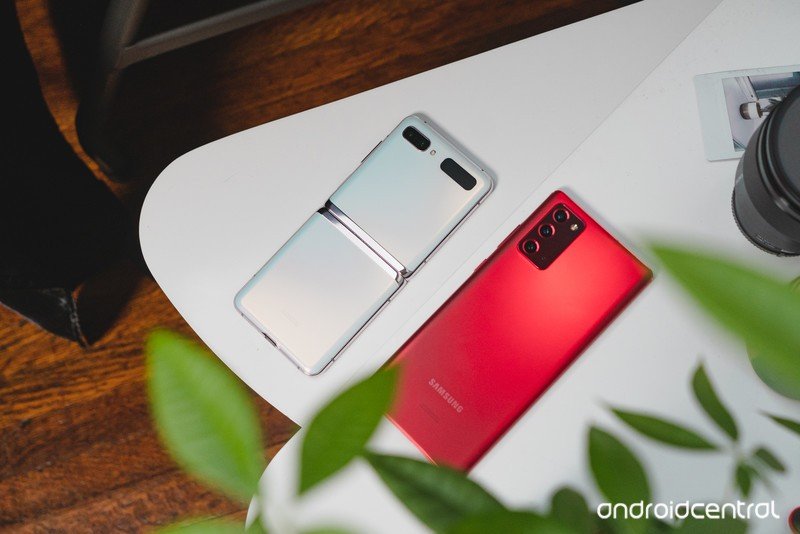 If you’re expecting a complete overhaul rebuilt from the ground up, this isn’t it. One UI 3.1 introduces subtle aesthetic and functional tweaks to what was already a mature and capable interface in One UI 2.5. There really aren’t many must-have feature additions here; part of that is because Samsung tends to offer many of its software features before Google introduces them to the baseline Android platform, so much of what’s new in Android 11 was already present in Samsung’s version of Android 10.

Still, this is a nice update that gives One UI some modern visual polish and largely improves notification management above all else — and more importantly, Android 11 brings Samsung’s phones up to the same privacy and security standards as Google’s Pixel line.

Samsung is already ahead of its own roadmap for the One UI 3.1 rollout to various devices, with most of its 2020 and 2019 devices receiving the latest version. Samsung’s decision to offer three guaranteed Android updates to its flagships and mid-range phones gives it a distinct edge in this particular area. With One UI 3.1, the brand has shown that it can deliver a user interface that rivals the best that Android has to offer.

All the features you need

The Galaxy S21 offers the latest internal hardware in a gorgeous package, a high-quality 120Hz AMOLED panel, and outstanding cameras. And the best part is that it costs less than its predecessor.

This review was initially published on 23 December 2020 and was based on One UI 3.0 running on a Galaxy Note 20 Ultra. It has been updated on May 3, 2021, with the following changes:

Facebook
Twitter
Pinterest
WhatsApp
Previous articleAndroid phone deals May 2021: $800 off Galaxy S21 and more
Next articleHone your dungeon keeping with the best RPGs for Android!
- Advertisment -