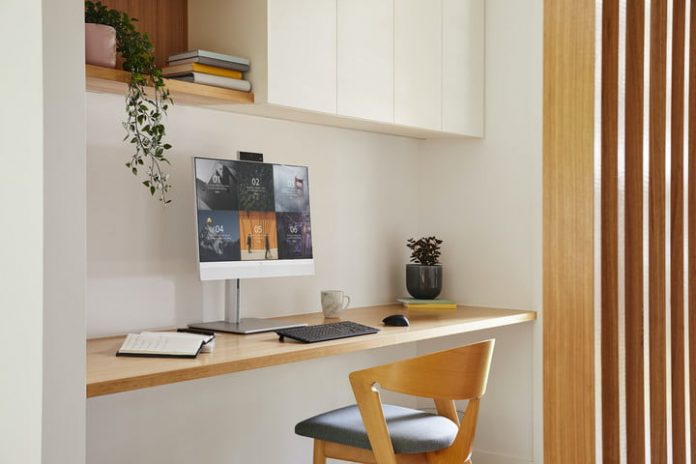 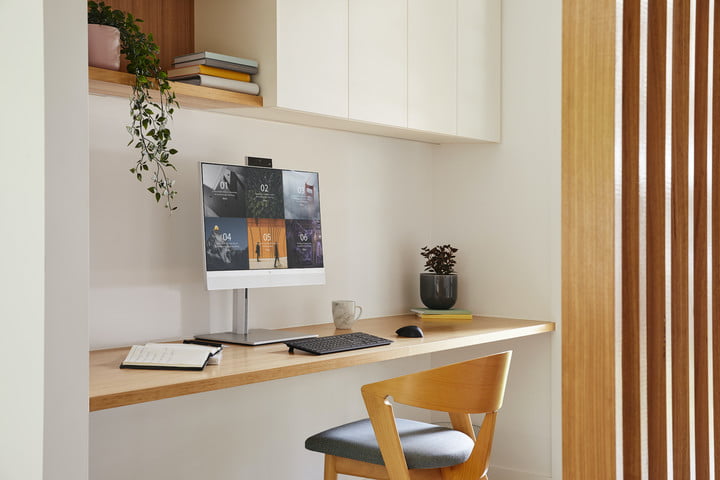 Though it may bear a slight resemblance to Apple’s recently redesigned iMac desktop, HP’s EliteOne 800 G8 all-in-one is actually made for business. The enterprise desktop comes with all the bells and whistles you’d come to expect in a business PC, but it adds some A.I. smarts to reduce background noise. And given that this is a business PC, the EliteOne is clad in a professional hue of silver, eschewing its competitor’s bright colors.

Given its business pedigree, HP recognizes you’re likely to be handling a lot of conference calls at your desk, and the EliteOne uses artificial intelligence to help filter out background noise when you’re on calls. HP claims that this feature makes the EliteOne the first commercial all-in-one PC to do this. It’s also the first commercial desktop to feature presence detection.

The pop-up 5-megapixel webcam with IR scanner helps to protect your privacy — and sensitive office conversations — by allowing you to stow it away when not in use. When you do need it, the camera features automatic scene detection and can adjust the backlight and improve your image in low light so you’ll always look your best on calls, HP claimed.

Unlike the iMac, which had switched to Apple’s ARM-based M1 silicon, the EliteOne relies on Intel’s x86 platform, so app compatibility shouldn’t be a problem. With up to an 11th Gen Intel Core i9 under the hood and integrated Intel UHD Graphics 750 or 730, this laptop will be more than capable of handling most office tasks you throw its way.

The EliteOne is available in a number of different screen configurations — you can choose this desktop with a 23.8-inch FHD or QHD touch display or upgrade to a larger 27-inch IPS QHD panel with anti-glare coating. All variants come with 250 nits of brightness and a display that covers 72% of the NTSC color spectrum. The desktop can be outfitted with up to 64GB of DDR4 RAM and up to a 6TB M.2 PCIe solid-state drive for storage.

Like the iMac, you’re getting extremely slim top and side bezels, with a sizable bottom chin that houses the Bang & Olufsen-tuned speakers. Most of the ports are located at the rear to keep things clean.

The Small Form Factor design is a more compact tower that can be mounted horizontally or vertically, while the Mini comes in an even smaller package that allows the desktop to be mounted behind HP’s Mini-in-One 24 Display. Seen as a Mac mini competitor, this desktop comes with 11th Gen Intel Core processors and optional discrete GTX 1660 Ti graphics.

Facebook
Twitter
Pinterest
WhatsApp
Previous articleHow the USPS uses Nvidia GPUs and A.I. to track missing mail
Next articleBest Pixel 4a Deals of May 2021: Pixel 4a 5G from $5/month and more
- Advertisment -