HomeNewsApple Music Teaser: 'Get Ready – Music is About to Change Forever'
News 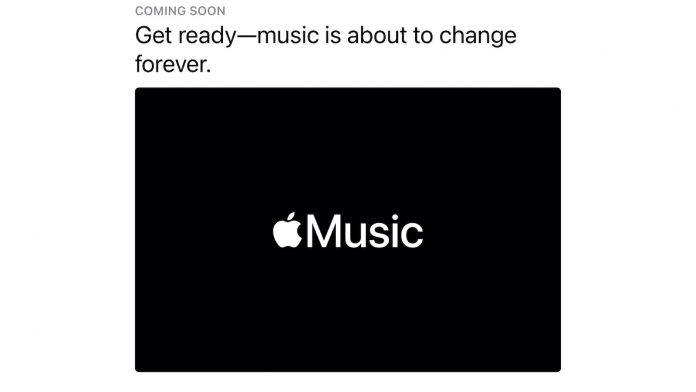 The Browse tab in the Music app across Apple’s platforms has started displaying a prominent teaser hinting at an upcoming major announcement for Apple Music. Under the heading “Coming soon,” the headline says “Get ready – music is about to change forever.” An accompanying “Tune-In Video” simply shows an animated ‌Apple Music‌ logo.

Rumors have indicated that Apple is preparing to launch a new “Hi-Fi” tier of ‌Apple Music‌ involving lossless audio and perhaps a Spatial Audio experience on compatible hardware. An announcement could come as soon as this Tuesday, May 18.

The animated ‌Apple Music‌ logo in the teaser has a spinning effect as it switches back and forth between white on black and black on white, perhaps suggestive of the surround-sound nature of Spatial Audio.

The initial rumor about the Hi-Fi ‌Apple Music‌ tier appeared two weeks ago and hints of high-fidelity audio have been found in the code of both the iOS 14.6 beta and the Apple Music app for Android beta.

(Thanks, Carlos!)Tag: Apple Music
This article, “Apple Music Teaser: ‘Get Ready – Music is About to Change Forever'” first appeared on MacRumors.com