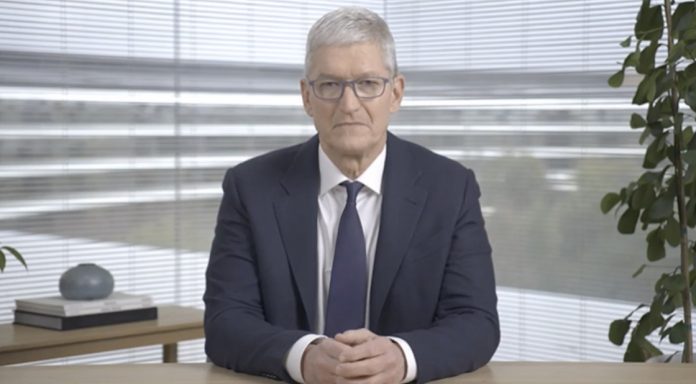 In a preview of an interview with The New York Times’ Kara Swisher, set to be published on Monday, April 5, Apple CEO Tim Cook said he’s “shocked” at the criticism Apple has received in recent months over upcoming privacy changes in iOS, and claimed that they’re “hard to argue against.”

Apple plans to begin enforcing App Tracking Transparency (ATT) changes following the release of iOS 14.5, meaning all apps that access an iPhone’s ad identifier, or IDFA, will need to ask a user’s permission before tracking is allowed.

The move has provoked criticism from some companies, particularly Facebook, which argues that the new changes will hurt small businesses.

Facebook says that small businesses rely on tracking to provide personalized ads and that with ATT, those ads will be less effective. However, when asked in the interview how ATT will impact Facebook, Cook said he’s “not focused on Facebook” and that he doesn’t know.

Swisher asked: “What is your response to Facebook’s response — which is quite vehement — calling you essentially an existential crisis to their business?” Cook answered: ” All we’re doing, Kara, is giving the user the choice whether to be tracked or now. And I think it’s hard to argue against that. I’ve been — I’ve been shocked that there’s been pushback on this to this degree.”

Facebook initially went all out against ATT; however, the company has recently shifted its tone. Facebook CEO Mark Zuckerberg now claims it’s possible that the new change may benefit Facebook by giving it an upper hand in the online commerce space.

It’s possible that we may even be in a stronger position if Apple’s changes encourage more businesses to conduct more commerce on our platforms by making it harder for them to use their data in order to find the customers that would want to use their products outside of our platforms.

Cook’s latest comments are just a snippet of the full interview set to be published on Monday in which the CEO discusses the removal of Parler from the App Store, the power of Big Tech, and what it’s like being called “Tim Apple.”Tags: Facebook, Tim Cook, App Tracking Transparency
This article, “Tim Cook Responds to Facebook Criticism of iOS App Tracking Transparency Changes, Says It’s ‘Hard To Argue Against’ Privacy” first appeared on MacRumors.com

Facebook
Twitter
Pinterest
WhatsApp
Previous articleiOttie iTap Magnetic 2 review: Seriously strong
Next articleNordVPN may be one of the best VPN services for you to use, here’s why
- Advertisment -