Home News The 6 best LG smartphones of all time
News

The 6 best LG smartphones of all time 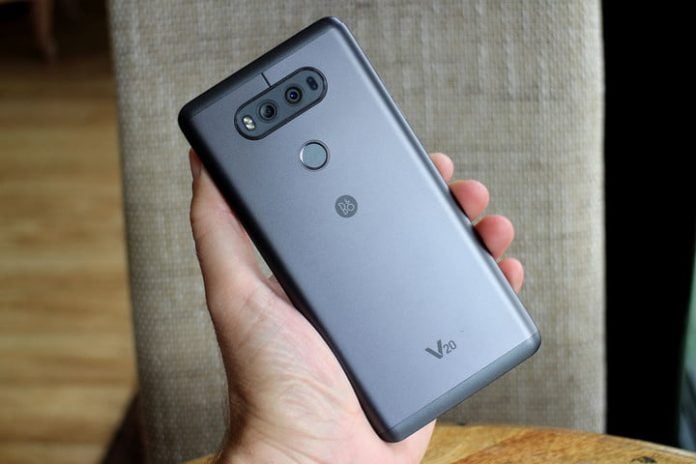 I hate to be the bearer of bad news, but if you somehow aren’t already aware, LG is officially exiting the mobile world. In our business, news like this is never worth celebrating. Competition breeds innovation, and LG’s mobile forays were nothing if not innovative. And so, what better way to honor its decadeslong contributions than by waxing nostalgia over its best devices of all time? Or perhaps you grieve differently, preferring instead to examine the uglier side of the LG’s legacy? I’ve got that covered, too.

While its older sibling, the V10, had a lot of bark and little bite, the V20 offered some truly unrivaled features. Though not the first phone with a focus on audio quality, it brought to the table LG’s very first Quad DAC as well as three microphones that together enabled high-fidelity audio recording and playback as well as support for FLAC files. All of that might sound buzzy and confusing for the uninitiated, but for audiophiles, this is what has made LG the only manufacturer worth supporting for much of its later years.

The largely useless “second screen” still adorns the top of the face, but here it’s much easier to love as a footnote as opposed to a flagship feature. For some time, the V-series set the standard in video and audio recording for smartphones.

In 2013, LG found its stride with the G2. Prior to this LG was riding the wave of Android’s growing popularity, but its phones were very much “old school” and lacking polish or focus. With the G2, LG put its foot down with a gorgeous design, excellent ergonomics, big screen, and novel rear-mounted buttons.

Sure by today’s standards the bezels look huge and the design’s nothing special, but the LG G2 was a real stunner in its day. The smooth curves were great in the hand, and it just looked great. It also had a 13MP camera that put LG on the radar of smartphone camera enthusiasts, very good battery life, and finally had software that felt like it was with the times.

It’s tough to focus on just one phone from the early G series, considering the importance of the original Optimus G for LG’s entry into the high-end smartphone world, and the subsequent advancements in design on offer from the G3 and G4. But if you’re going to pick a phone from early in LG’s smartphone legacy that marked a turning point to lead to LG’s eventual future, it’s the G2.

Foldable phones are still a marvel to most of us, and since their early days, there’s been a race to get them to market. With the G8X ThinQ, LG cheated the system, offering an accessory you could pop the device into in order to affix a second display and clamshell functionality.

This phone packed in just about everything that symbolizes LG’s best, from wireless charging to expandable storage to a rare headphone jack, all at a humble price of around $700. Was the software experience perfect? Certainly not. Was it extremely unwieldy? Like an overstuffed wallet! But it sure turned some heads and left a positive impression at the thought of a possible foldable future. And it is one of the most “well, LG gonna LG” features it’s released.

In its prime, the Nexus name carried a lot of weight. These were Google-released unlocked devices beloved for their clean, bloat-free experiences and years of promised support straight from the source. The Nexus 5 was no exception, checking many of the same boxes as the beloved Nexus 4 (stay tuned), with the added benefit of LTE across more carriers, the improved KitKat operating system, a higher-resolution screen, and performance that contended with the absolute best in class. Unfortunately, unlike the Nexus 4, it had an incredibly cheap build, and kept the disappointing battery life.

Still, it was a good time to be an Android fan when you had a Nexus 5. You didn’t care about the plastic build, because the performance was excellent, the camera was Google’s first standout offering, and it was still inexpensive.

Admittedly, the Nexus 4 walked so the 5 could run. In 2012, it was a shining beacon — literally — among the enthusiast crowd, truly competing with the big dogs for perhaps the first time. It offered wireless charging, NFC, and a super-premium design and feel, all for a meager $250. Sure there was the whole LTE debacle … but that’s a small detail. And can we please bring back that color-changing pulse LED light?

Tall phones weren’t always a standard. It wasn’t until LG released the G6, pushing the screen height to a then-alarming 2:1 aspect ratio that then started to catch on, and it’s this that is perhaps the single most important and long-lasting contribution LG will have ever made for smartphones. Anything shorter today would feel uncomfortably wide and spacious except when gaming or watching video, and much of that, especially on YouTube, have since largely caught up and been optimized.

The G6 had its shortcomings, no doubt — at the time, a nonremovable battery was weird. And for all of LG’s innovative (and weird) features throughout the years, the G6 was rather … boring by comparison. But it’s difficult to attribute too many negatives when talking about the impact this change alone helped make to future phones from all companies. It was LG’s best overall phone.

Facebook
Twitter
Pinterest
WhatsApp
Previous articleThe best trip-planning apps for Android and iOS
Next articleIntel’s 14nm node is finally dead, and we can all breathe a sigh of relief

Intel’s 14nm node is finally dead, and we can all breathe a sigh of relief

The 6 best LG smartphones of all time

The best trip-planning apps for Android and iOS