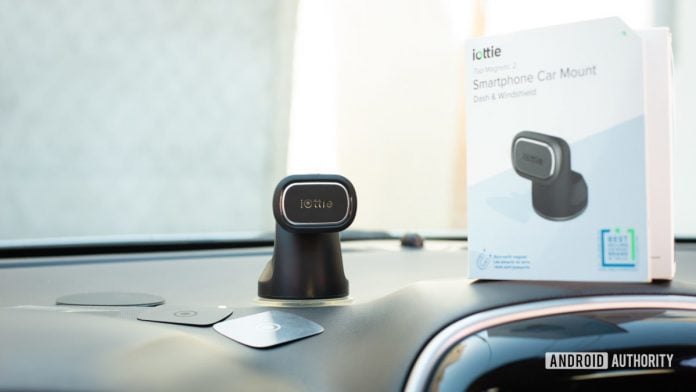 The right car phone holder will efficiently hold your smartphone within arm’s reach and in an optimal viewing position. It should allow you to control your music, navigation, and hands-off communications as quickly and effortlessly as possible, so as to keep your driving as safe as can be. I’ve taken the iOttie iTap Magnetic 2 on multiple rides and we’re ready to tell you how good (or bad) it is. Find out more in this iOttie iTap Magnetic 2 review.

What you need to know about the iOttie iTap Magnetic 2

This mount measures 121 x 71 x 127mm and is only available in black. Its MSRP is $29.95, but you can often find it a little cheaper on Amazon and other retailers. 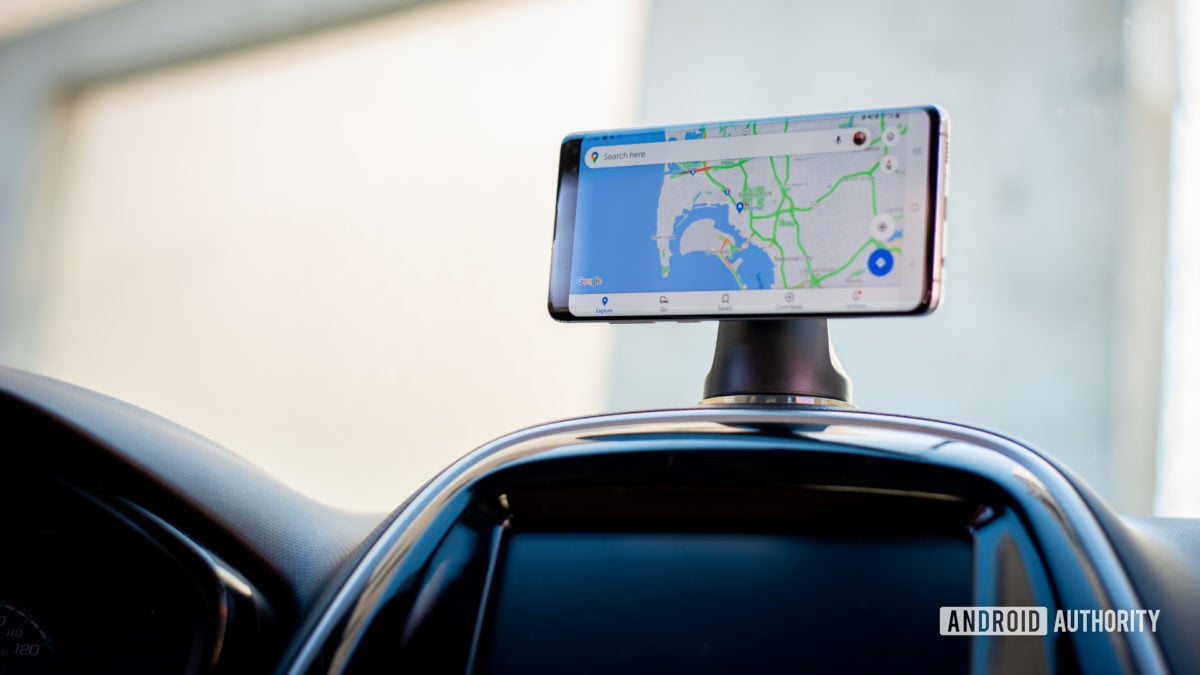 The most important quality of a good car phone holder is that it actually holds the smartphone in place efficiently. Most other magnetic car mounts we’ve tested have done a pretty good job at holding heavier phones, but none have gotten close to this one. This magnet is seriously strong! It can lift a phone if you get the magnet about half an inch over it. And it doesn’t do it smoothly, it straight up snaps it in place. Likewise, the magnet will snatch the phone off your hand.

What does this mean for your experience? Simply put, the phone isn’t really prone to shaking and moving around while driving, even when driving through rough terrain. It also does a great job keeping the phone from slipping off the mount and ending up under your seat, where all things mysteriously go missing. I felt very confident trusting the iOttie iTap Magnetic 2 with my smartphones.

Looking at it from a wider perspective, we love magnetic mounts for the level of ease and convenience they provide. Fumbling with odd mechanisms and clasps can get annoying if you’re doing it every single time you jump in and out of your car. Simply reaching out to your mount and letting your phone snap in place makes this experience a breeze.

I also like that the included dashboard pad isn’t rigid. It’s made of what seems like flexible plastic, which means it can mold to plenty of uneven surfaces. We don’t know why other manufacturers haven’t realized finding a truly flat surface inside a vehicle is nearly impossible. Having this versatility gives you more options for places where you can mount the iOttie iTap Magnetic 2. 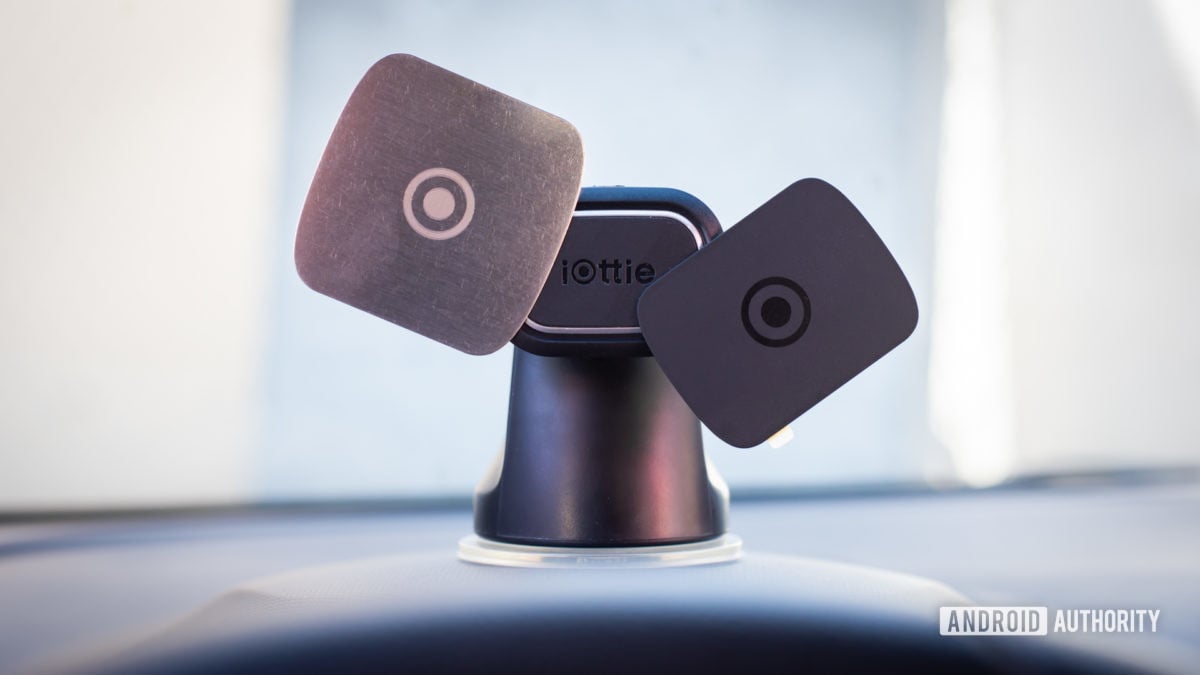 Aesthetics matter in a confined space like a vehicle, so design is an important factor to consider when picking the right phone holder. While the iOttie iTap Magnetic 2 isn’t an in-your-face contraption and its colors help it somewhat blend into its environment, it’s not the best-looking in its category either. It’s mostly made of cheap plastic, which might keep it light, but it also stops it from looking like a premium product.

The iOttie iTap Magnetic 2 is mostly made of cheap plastic.

I’m also not a big fan of semi-permanently attaching things to my phone or vehicle. You could try to avoid sticking the pad to your dashboard by simply relying on the suction cup. There’s no way around sticking a metal plate to the back of your phone, though. Not to mention these metal plates are known to interfere with wireless charging, which could be a huge issue. We recommend that you find out where your phone’s wireless charging coil is (if it has one) so you can try to place your metal plate strategically.

We usually don’t like recommending mounts that live in your dashboard or windshield, which is where this one is supposed to go. Anything that obstructs your front view can be a hazard, not to mention it can be illegal (check your local laws). With that said, we also realize all cars have different designs. Just make sure you’re safe and stay within the bounds of your legal limitations.

iOttie iTap Magnetic 2 review: Should I buy it? 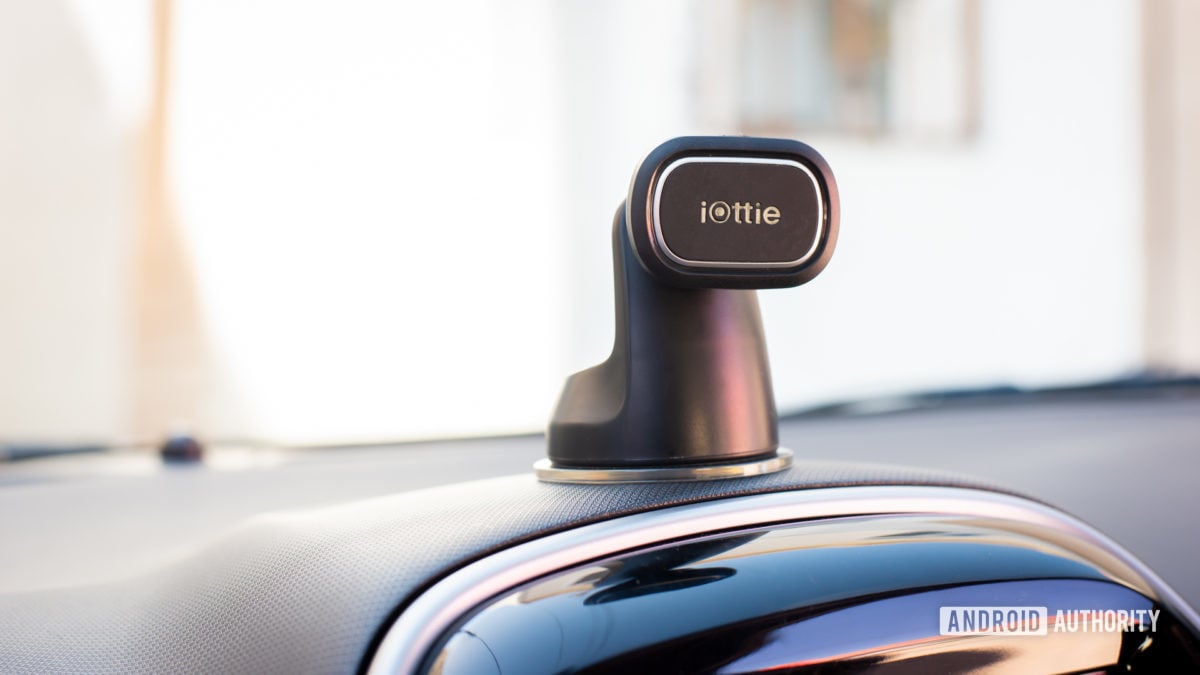 The simple fact that the iOttie iTap Magnetic 2 has the strongest magnet we’ve tested makes it a worthy buy. It will do great holding your phone firmly and offers all the conveniences of a magnetic car phone mount.

The iOttie iTap Magnetic 2 has the strongest magnet of any car phone mount we’ve tested.

With that said, we also have to say there are better options out there if you care about build quality and safer mount placing. Especially considering this mount isn’t exactly on the cheap side. You should also avoid magnetic car phone mounts if you would prefer to not stick a metal plate to your smartphone.

Also important to note is that iOttie happens to sell other versions of this mount. They also sell an air vent mount and a CD slot mount with the same magnetic head. If you want to get fancy they even have magnetic mounts with wireless charging.

As for the iTap Magnetic 2, there are better car phone holders out there, but if you’ve got a really heavy phone, this might still be the mount for you.

The iOttie iTap Magnetic 2 is a dashboard/windshield mount that uses ultra-strong magnets to keep your phone in place.