HomeNewsI tested 5 popular webcams on Amazon. Here are which to buy...
News

I tested 5 popular webcams on Amazon. Here are which to buy and which to avoid 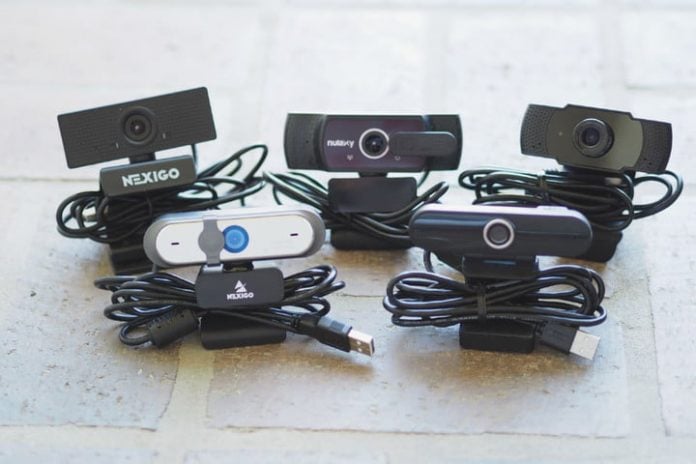 The lowly webcam has taken on oversized importance in the past year. Never before have so many people relied so heavily on videoconferencing to do their work, as businesses across the world shut down their offices and millions of workers started doing their jobs remotely.

Remote workers are right to go looking for a good solution outside of their crummy laptop webcams. Amazon is filled to the brim with affordable options from brands you’ve never heard of, which can be a dizzying experience to sort through. I picked five of the most popular options, with the explicit purpose of seeing if any of these cheap webcams are worth your time and money. None may be as good as the more expensive webcams from brands like Logitech, but not everyone wants to spend $100 on a webcam.

So, let’s start with three I tried that weren’t terrible, followed by two that I would avoid. 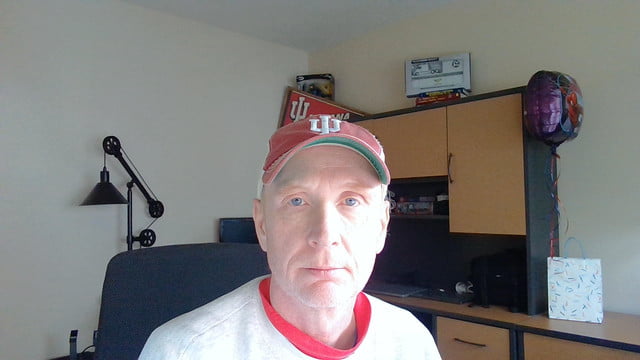 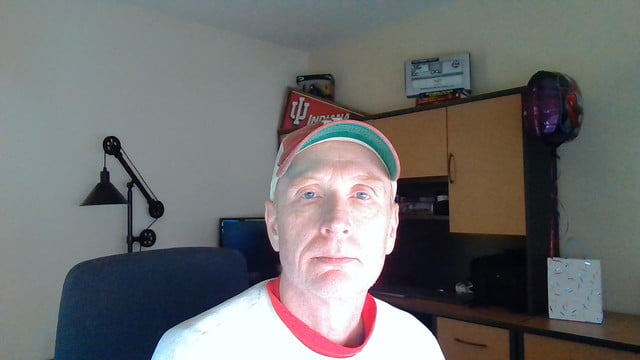 Let’s start with the good. Of the five I tried, the 1080p Nexigo N66oP was my pick for the third-best of the bunch. It is an Amazon’s Choice product with 773 ratings averaging 4.5 stars — likely one you might come across while browsing Amazon. Taking a look at the image quality tests I did, this one was among the better. As you can seen in the screenshots above, it’s starting to lean towards blowing out one side of the subject’s face, but it’s not as extreme as some of the lower quality webcams I tested. It also did well in darker environment due to its effective built-in lighting autocorrelation that preserved colors and detail.

The Nexigo N660P is also the most expensive of the webcams at $65, and it justifies that price by offering autofocus that works well and 60 frames per second (fps) video support that made for smooth videoconferencing. The stereo noise-reduction microphones (which, as it turns out, are pretty much a standard feature on these webcams) worked well, and there’s even a privacy shutter thrown in. Not bad. 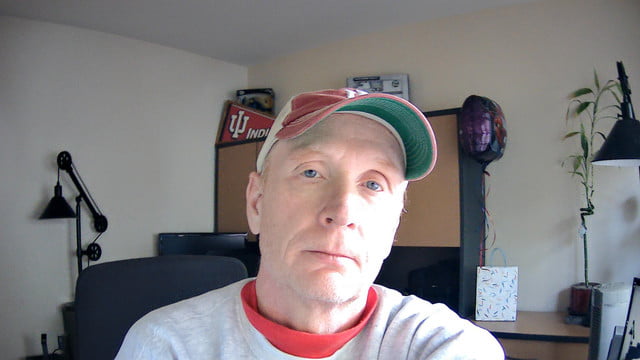 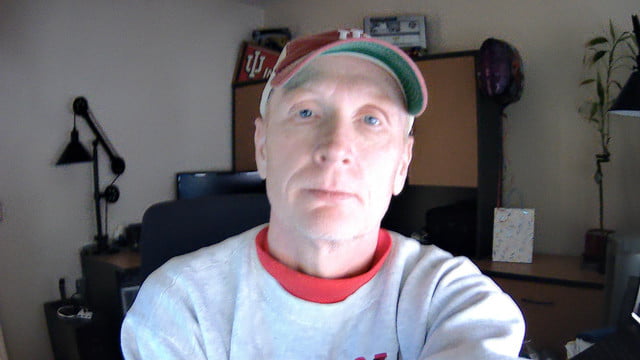 The least expensive webcam, the 1080p Wasnview 101, took second place thanks to the second-best image quality. It’s an extremely popular webcam at Amazon, where it has 12,457 ratings and an average of four stars. Again, this webcam did a decent job of lighting the face without blowing it out, and it really excelled in the darker environment. Colors are true to life, and even the background details are maintained. Not bad for $24.

You don’t get any extras with the Wansview, though — not even a privacy cover. It’s also the least flexible of all the webcams. Each of the other models includes some kind of swivel mechanism to let you adjust the camera’s position, but Wansview does not. That means you’ll be adjusting your laptop or display to get everything positioned. There are dual noise cancellation speakers that provide for a stereo effect, though which is a plus, and the auto low-light correction built into the camera clearly does a good job. 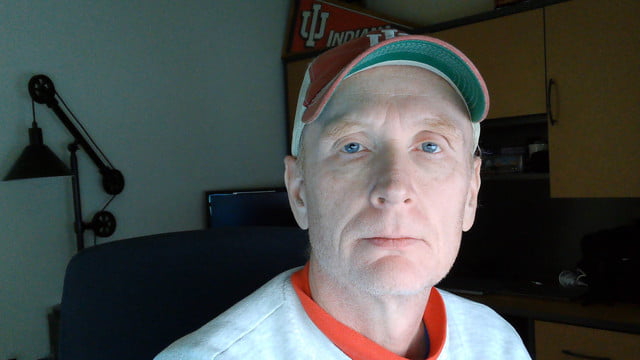 The GoHZQ W8A — which has 279 ratings on Amazon and an average of 4.5 stars — earns the first-place finish thanks to its ability to display a nicely balanced image despite some harsh lighting from the subject’s left side. It manages to keep the face evenly lit even in the darker environment, and that makes up for the fact that the background is hard to see (often a good thing). Colors are handled well in both lighting conditions, and artifacts are at a minimum. It’s also the only 4K (3840 x 1920) webcam on our list, and it shows off its details nicely. That added sharpness really makes a big difference.

Amazingly, the GoHZQ is the third least-expensive webcam on our list, despite the fact that it has a higher resolution.

You won’t get any additional software, but there’s a privacy cover that flips down from above, an included (but very cheap) tripod, and integrated dual noise-reduction microphones. As with all the webcams, it works with the usual videoconferencing and recording apps, including Microsoft Teams, Zoom, FaceTime, Facebook, YouTube, OBS, and more. Finally, you’ll find a hand button on top that will freeze the recording and then restart it when pressed again. If there’s one I would easily recommend of those I tried, the W8A is it. 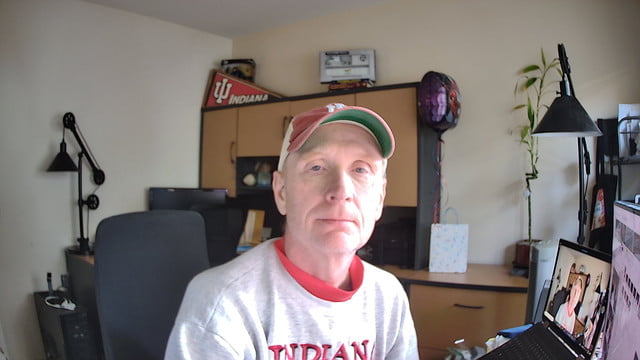 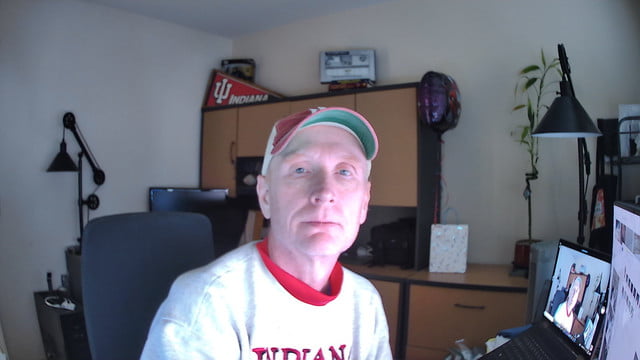 While any external webcam is an upgrade over a laptop camera, you won’t be satisfied with the image quality of these next two.

The Nexigo N60 is an Amazon’s Choice product and has an astounding 11,048 ratings at an average of 4.5 stars. The discrepancy between the Amazon reviews and my own experience with the product was the widest with the N60.

Like many of the ultra-cheap webcams you’ll find on Amazon, the Nexigo N60 is a wide-angle webcam. That’s the opposite of what most people want in a webcam setup. Beyond the awkward angle, the Nexigo N60 also blew out the subject’s face in the bright environment and over-saturated the colors.

The dark environment presented even more problems, with the face more evenly lit but a distinct blue cast to the image. The Nexigo N60 isn’t the most expensive webcam we tested at $40, but it’s perhaps the worst value.

There’s only one noise-canceling microphone this time around, and the usual privacy shutter is on hand. Otherwise, there’s not a lot to recommend this webcam and the wide-angle lens is a definite strike against it. A better choice from Nexigo is the Nexigo N930AF. It’s more expensive, but it offers a non-wide-angle lens and autofocus. 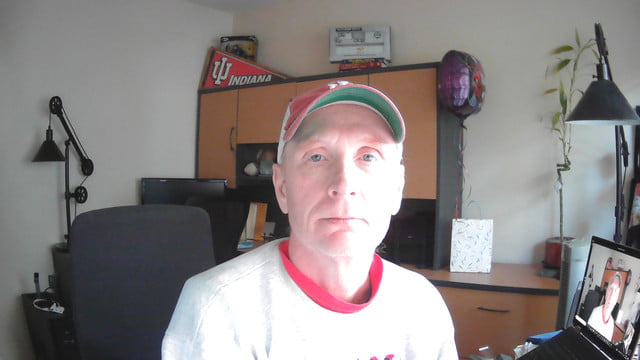 The 1080p Nulaxy C900 was the second least-expensive webcam on the list, and it had some of the worst quality — in spite of having 4,917 ratings on Amazon with a 4.5-star average. The subject’s face is completely blown out in both lighting conditions, and there are quite a few artifacts, particularly in the darker environment.

The Nulaxy C900 is also a bit of a wide-view webcam, which we don’t prefer — we like our subjects to be the focus, not the background. Again, there aren’t many extra features included with the Nulaxy C900. There’s a privacy shutter and stereo noise-canceling microphones, as usual. Otherwise, you’re not getting much extra for your $28.