HomeNewsCounterfeit 'AirPods 3' Hit the Market Prior to Official Announcement
News

Counterfeit ‘AirPods 3’ Hit the Market Prior to Official Announcement 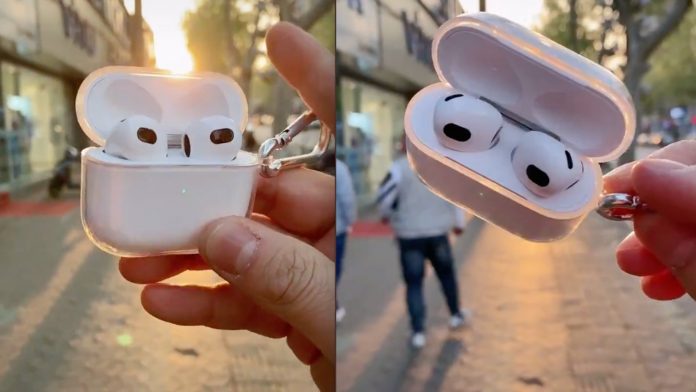 Apple is expected to launch the third iteration of AirPods in the third quarter of this year. Rumors and reports suggest the new ‌AirPods‌ will feature an updated design more in line with the AirPods Pro, but lacking in “Pro” features such as active noise cancellation.

Despite ‌AirPods‌ 3 not yet being officially announced by Apple, counterfeit products of the unreleased earbuds have already hit the market. Videos from TikTok shared on Twitter show fake AirPods, that are precisely in line with previously leaked images claiming to be the real deal.

Apple products are very often faked and sold online on unauthorized Apple marketplaces, so much so that Apple has a team whose sole focus is to crackdown on counterfeit products and prevent them from being sold. Fake Apple products not only present a challenge to the tech giant, but also pose a danger to customers. Buying fake products not only means you’re missing out on the latest technology, but they could also present safety hazards and can even be illegal in some countries.Related Roundup: AirPodsTags: DuanRui, AirPods 3Buyer’s Guide: AirPods (Don’t Buy)
This article, “Counterfeit ‘AirPods 3’ Hit the Market Prior to Official Announcement” first appeared on MacRumors.com