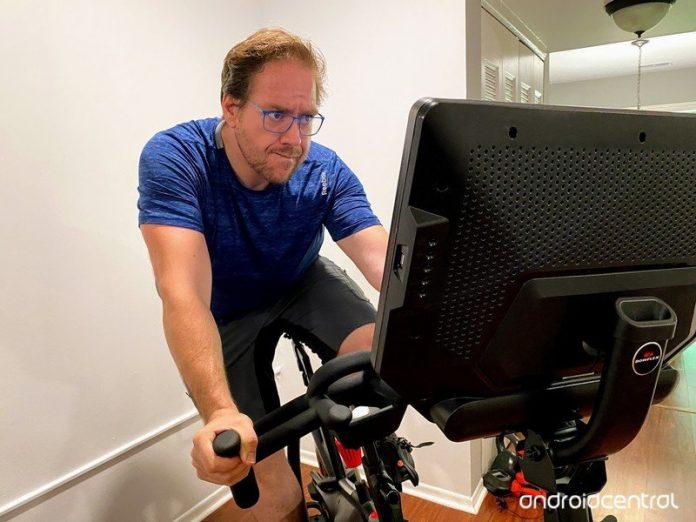 Bowflex stepped up to make a Peloton-killer, but this ain’t it. Not yet, anyway. 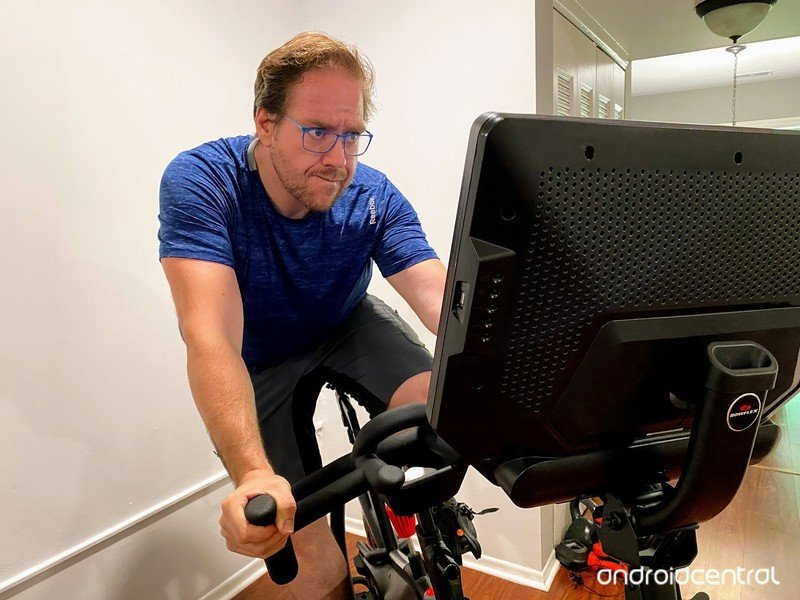 A year ago, Bowflex made an amazing bike for half the price of the starter Peloton. The reason I like that bike so much was simple; it did everything a Peloton could do and let me watch whatever I wanted to watch while I’m on the bike. See, I have very little interest in being part of a virtual spin class when I’m on my bike. In fact, when I first started using an indoor bike to lose weight, I binged the entirety of Stargate SG-1 while riding. Being able to bring my own screen to the Bowflex bike so I could ride in my own home and record my rides with my heart rate while I watched whatever I wanted was a dream.

When Bowflex announced the Velocore bike series, I was similarly excited. Instead of having to bring your own screen, there was a 16 or 22-inch display mounted on the edge of the bike with access to dozens of streaming apps like Netflix and Disney+. If you wanted that guided, spin class-style experience, you could have it. If you wanted to catch up on Falcon and the Winter Soldier while you ride, it’s all right there. It was promised as an Android-powered indoor bike with connections to all of your favorite cycling and streaming apps. To add a little flavor, the bike offered a pivot and lean system that is supposed to feel just like you’re leaning into a turn on a real bike to complete that real feel when riding.

On paper, this bike seems to be the perfect upgrade to a bike I already loved. After a month of use, it’s clear Bowflex needs some help with its software before it’s ready to recommend to everyone. 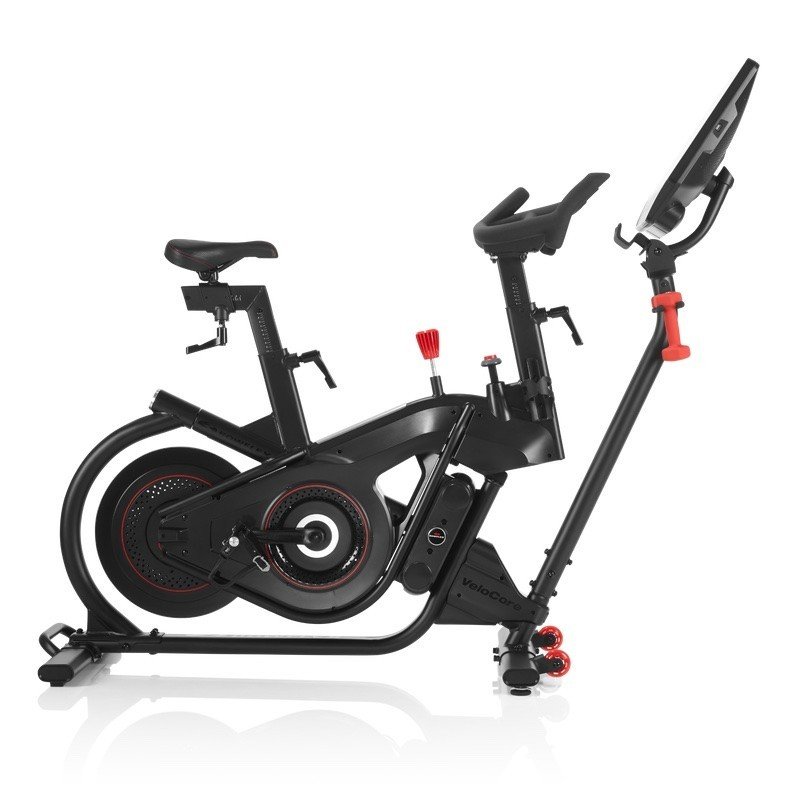 Bottom line: Bowflex has what it takes to compete with Peloton, but it’s going to require some big software help. 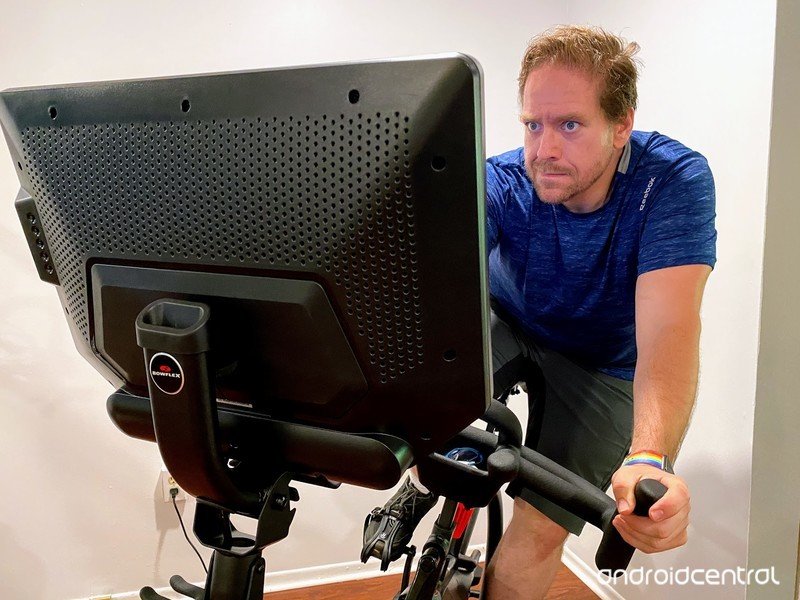 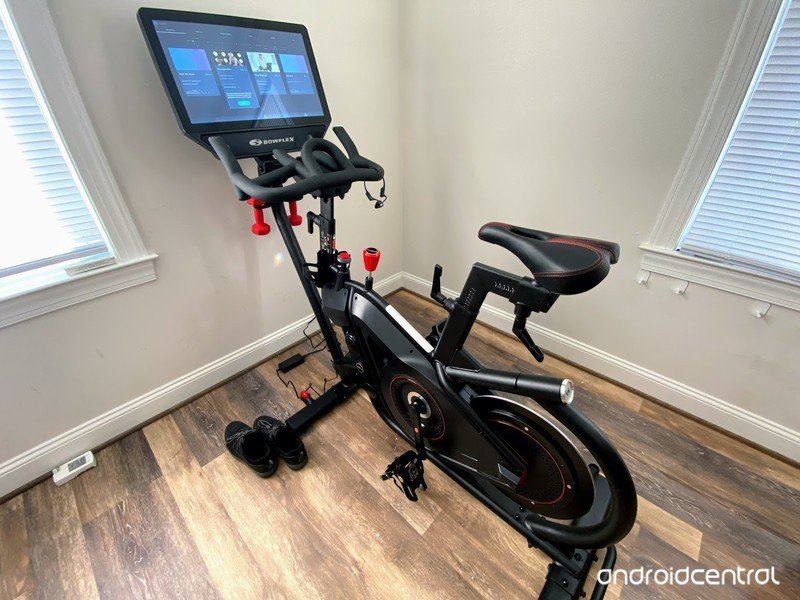 Out of the box, the Bowflex Velocore series supports a lot of different kinds of cyclists. The dual-sided pedals make it so I can use the same SPD cleats I use with my outdoor bike, while anyone else can hop on and ride using regular shoes. The magnetic resistance knob makes it easy to ramp up the difficulty for simulating terrain quickly. The handlebars now feature multiple grip positions alongside a media cradle, so your phone can be front and center if you need it. The screen can be adjusted quickly for a ton of different viewing angles to support a lot of different body types, and while the speakers on the screen are plenty loud, you can also pair a Bluetooth headset so you can ride even when everyone around you needs quiet. Like its predecessor, the seat can be changed to any standard bike seat with ease.

Put simply, Bowflex has done the work to ensure as many people as possible can enjoy this bike, and that is a very good thing. 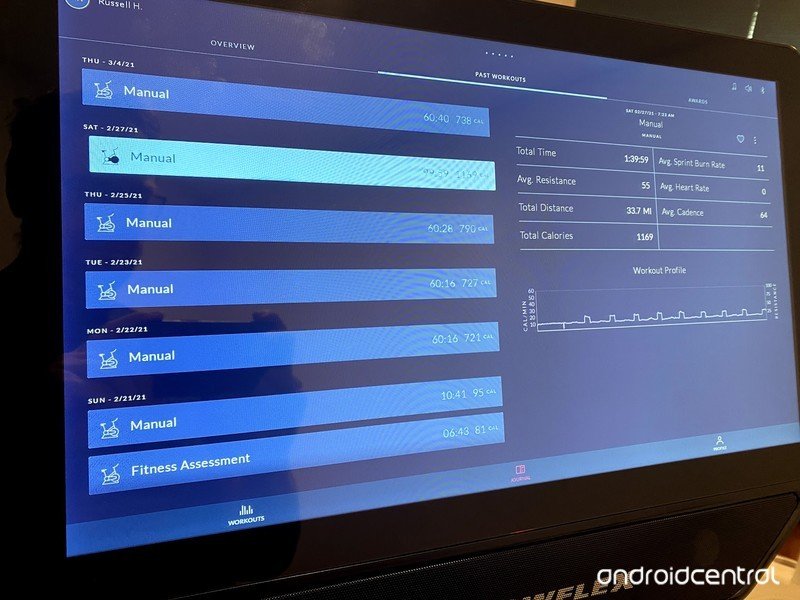 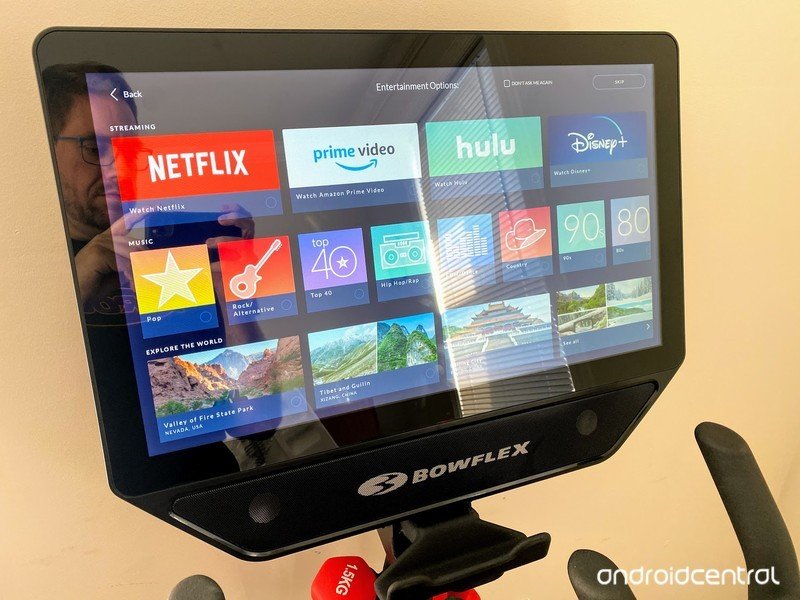 The Velocore series of bikes encourages a whole-body workout with the fairly unique leaning mode. At any point in your ride, you can pull this large red pin and lean the bike. The act of leaning on the bike engages your core, and after a few minutes of riding like that, you can really feel the impact it makes. There are included training videos specifically for this method of riding, and while there aren’t a ton of them right now, they really do feel like a more complete workout. Couple a lean-in ride with the included weights, and you can walk away knowing you’ve hit just about every muscle group in your body in a single workout. It’s impressive just how worn out I felt after 45 minutes on this thing.

While assembly isn’t terribly challenging, the added weight of the screen and the leaning arm makes this bike considerably harder to get up and down a flight of stairs. Which is a thing I know because I had to move it down two flights of stairs to get it out of my apartment a few weeks ago (I am so sorry for asking you to do that with me, Alex and Jeremy). That having been said, the larger wheels in the front of the bike make it a great deal easier to move around in a single room than its predecessor. So if you find yourself wanting to change positions, you won’t need three people to do so. Just about anyone can do it. 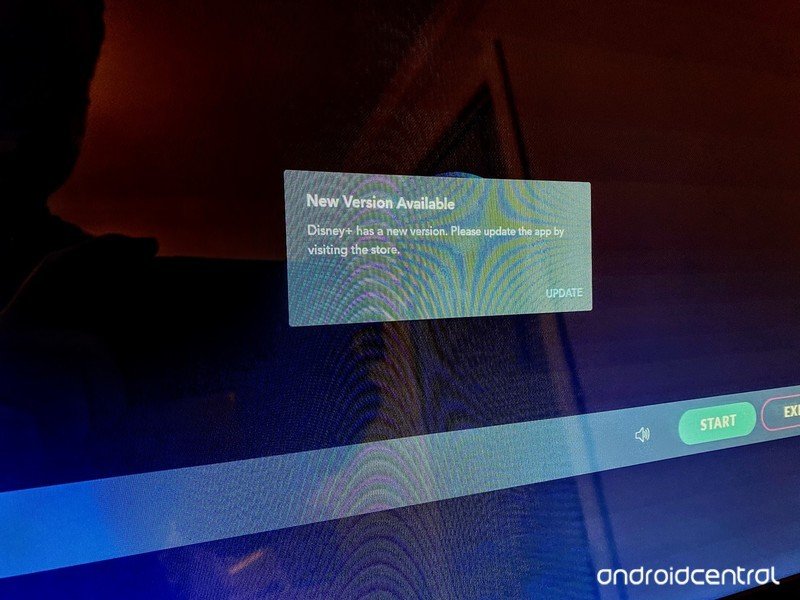 The 22-inch screen attached to the front of this bike runs Android but with a Bowflex-designed frontend focusing on the fitness experience. After a few hours of using this custom-skinned version of Android, I found myself having violent flashbacks to the first generation of Motorola phones. The UI stutters in places, and occasionally the Android system menus are covered up by the Bowflex skin, so I can’t actually interact with them and need to reboot the screen. At one point, and for three straight days, I couldn’t open the Disney+ app because it needed a software update, but the Bowflex UI won’t let you access the Play Store. The only course of action was to sit and wait for the Bowflex system to eventually update the software for me. Two days later, the exact same thing happened to Netflix.

The software and services around this experience are in so much need of polish.

The instructional videos, and the spin-class style experience Bowflex offers, are available for free for two months. Afterward, the platform, called JRNY, is $20/month. That’s $7/month more than Peloton charges for its monthly subscription, and what you get from JRNY right now is not in any way $7 better than the Peloton experience. For starters, the volume of content and the variety of trainers to work with simply isn’t there yet. The app will deliver results from your workout to the JRNY app on your phone, but it’s not easy to sync up with other JRNY members for group rides or competitions between one another.

The big unique feature on this bike, the ability to lean in your workouts on the bike, makes up about 15% of the total workouts available in JRNY.

To be clear, this experience has enormous potential. It does some very cool things, but the software and services around this experience are in so much need of polish to make it as easy for everyone to use as the rest of the bike.

If you are looking for a great bike that allows you to ride and watch whatever you want, as well as connect with all of your favorite apps, get the Bowflex C6 and pick up a cheap tablet to leave in it. You’ll end up spending a lot less, have a lot of the same great experiences, and it’ll take up a little less space in your house in the process. Bowflex has done a great job with the hardware part of this bike. Provide your own screen, and you’ll have a great time.

This bike is clearly designed to compete with Peloton, and while I’m not a fan of how limited the software experience is on that platform, it’s superior to what Bowflex is offering here. The starter kit for a Peloton is $1900, which is $300 cheaper than the 22-inch Velocore bike. As it stands right now, this bike is not $300 better than what Peloton is offering. Similarly, the Peloton bike is $200 better than the 16-inch screen version of the Velocore.

Bowflex Velocore Bike: Should you buy it?

You should never buy something based on what it could be in the future, and I’m never going to recommend something with that in mind. Bowflex has a fantastic idea and most of a great product with its Velocore bikes, but the software situation absolutely needs to be addressed before this is something worth having in your workout room.

If that day comes, however, the folks at Peloton will have to seriously consider allowing streaming services in its walled garden in order to remain relevant.

A great indoor bike with a large screen and questionable software.

Bowflex has what it takes to compete with Peloton, but it’s going to require some big software help. Hopefully, that happens someday.