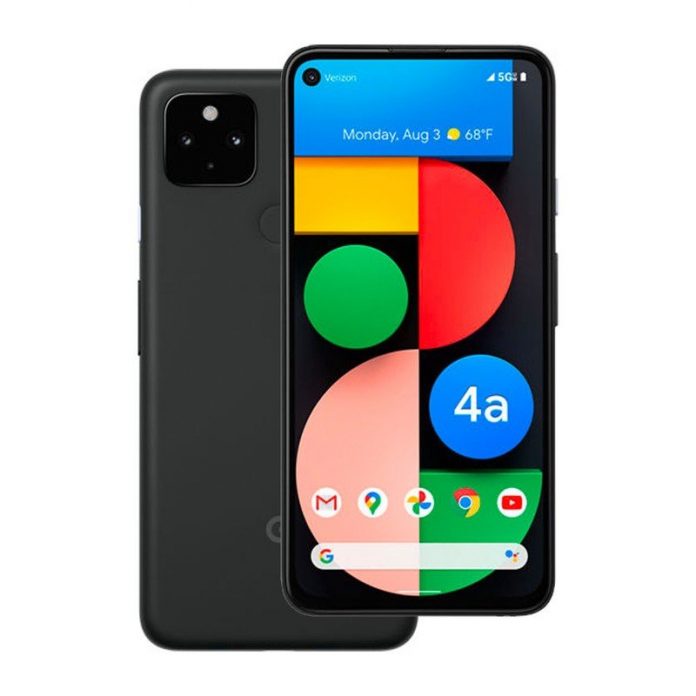 Google’s Pixel smartphones are some of the best Android devices ever released, but if you’re hoping to get your hands on one of these stellar devices at a discount, you should first take a look at the recently released Google Pixel 4a models. This model takes the best features of the Google Pixel 4 and places them in a more affordable package. Snagging a great deal on one isn’t so tough either; we’ve gathered the best offers available right now and put them in a list just below. Then again, there are some excellent Pixel 5 deals to consider too if you’d rather purchase an upgraded model. 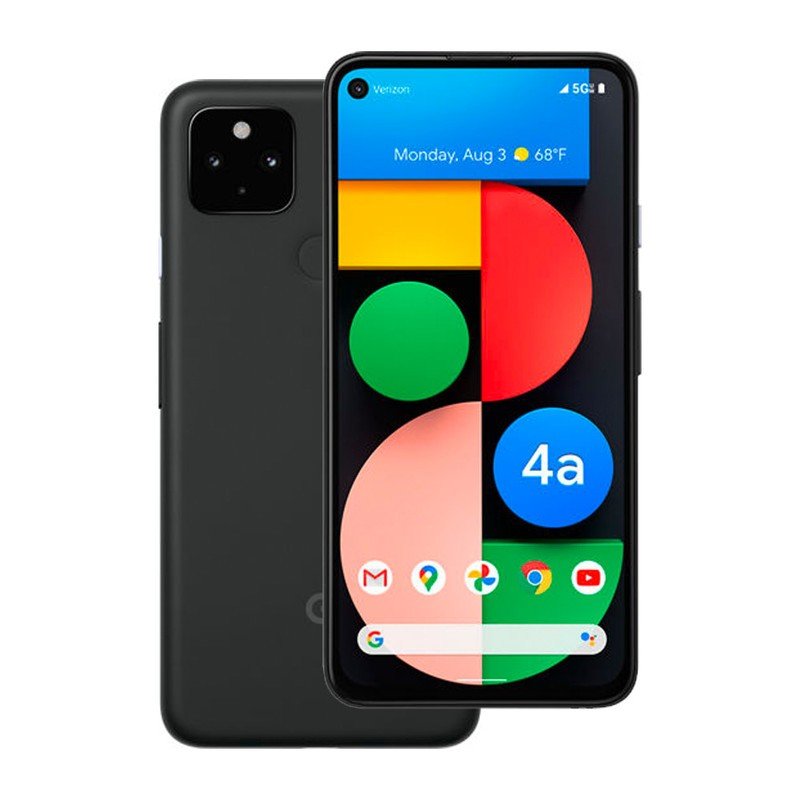 This 5G model of the Google Pixel 4a is now available at Verizon for as low as $5 per month! You’ll just need to add a line on an eligible Unlimited plan to score this deal. Another option at Verizon earns you up to $240 back with the device’s purchase when you trade-in an eligible smartphone.

Unlike previous Pixel devices, there is no XL model of the Google Pixel 4a. However, its 5.81-inch OLED display is more than suitable for browsing the web, watching videos, playing mobile games, and more. The Pixel 4a is also equipped with a Qualcomm Snapdragon 730 processor, 6GB LPDDR4x RAM, 128GB non-expandable storage, and a 3140mAh battery. Plus, it’s fitted with a 12.2MP dual-pixel rear camera and an 8MP front-facing camera featuring an 84-degree field-of-view. All in all, even though the device comes with a few compromises in comparison to the standard Google Pixel 4, it’s easily one of the greatest Pixel devices ever made.

Looking for the 5G version of the Pixel 4a? Connecting to a 5G network allows speeds up to 100 times faster than those on a 4G network so you can navigate the web or stream shows and movies quicker than ever before. 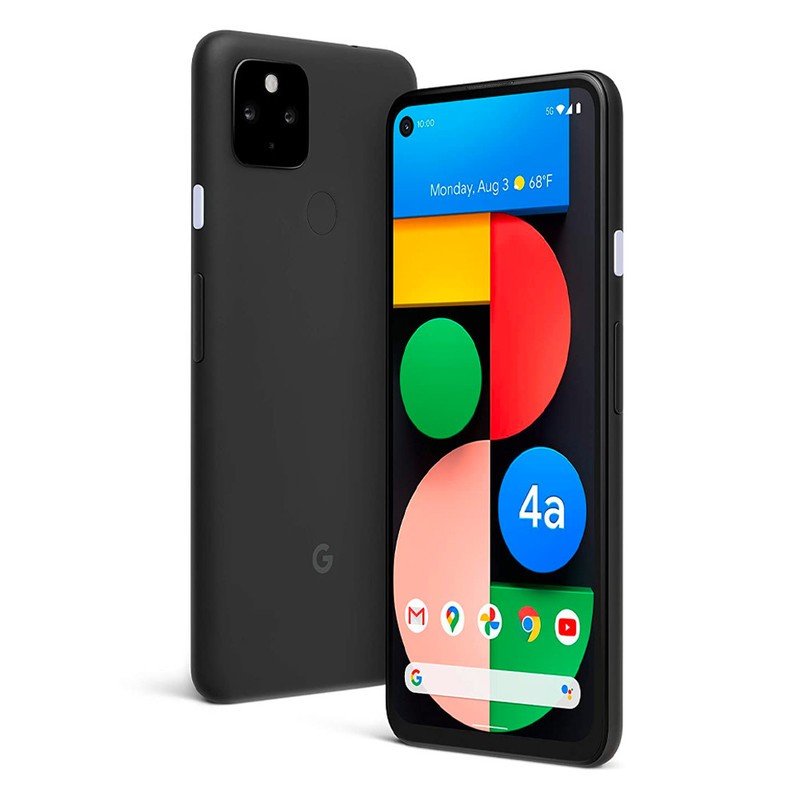 Best Buy has the Google Pixel 4a 5G at the same price as Amazon if you’re looking to activate it later. However, if you’re willing to activate your device with a carrier today, you can score one for as low as $399.99 here. Activating with Sprint saves you the most on today’s purchase. 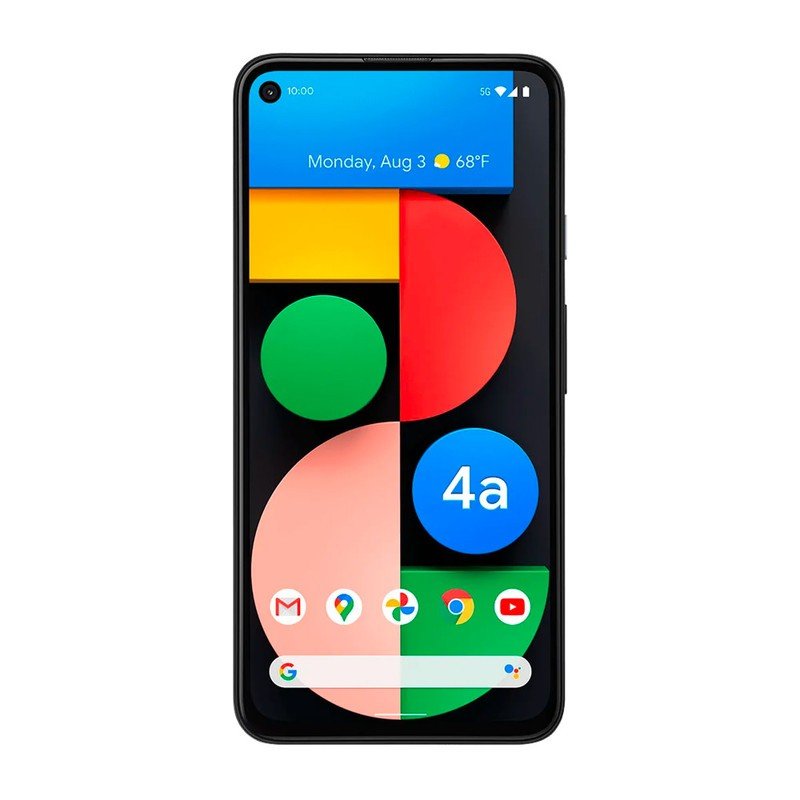 Purchase the Google Pixel 4a 5G at Visible and you’ll also score a $200 prepaid Mastercard with the purchase if you’re switching to Visible as a new customer. You must bring your current number over to Visible to be eligible for this offer. Visible allows you to buy the device outright for $480 or for as low as $20 per month. You’ll also score a free Amazon Fire TV Stick with the purchase.

This 5G model of the Google Pixel 4a is now available at Verizon for as low as $5 per month! You’ll just need to add a line on an eligible Unlimited plan to score this deal. Another option at Verizon earns you up to $240 back with the device’s purchase when you trade-in an eligible smartphone.

Sign up for a 12-month plan at Mint Mobile to score $50 off the price of the Google Pixel 4a 5G today. Though it’s not as big of a discount on the phone itself as some other carriers offer, Mint Mobile’s service is generally more affordable than most; the Unlimited plan costs just $30 monthly. 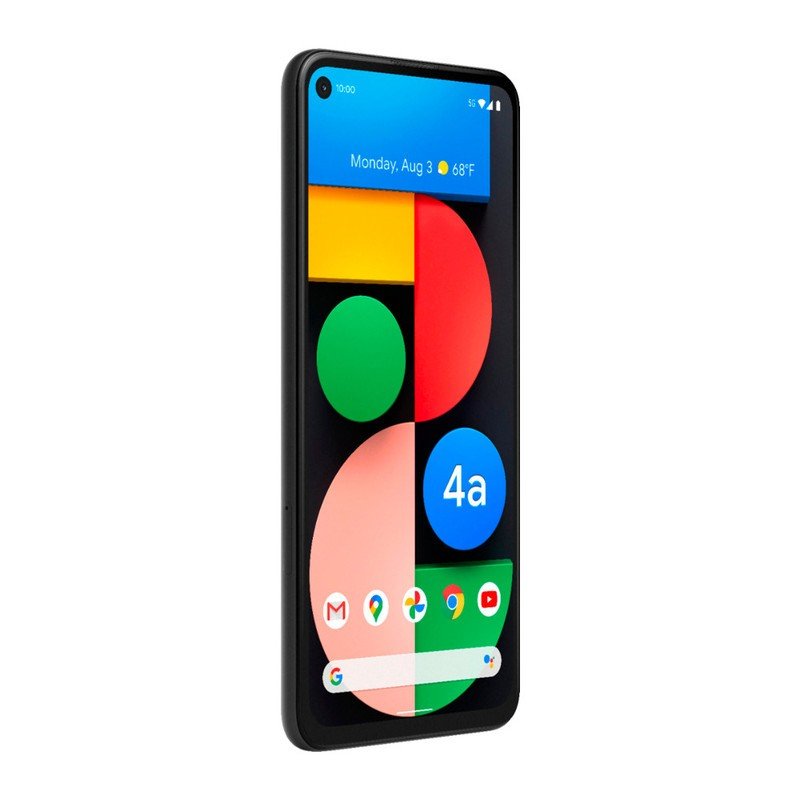 AT&T is offering new and existing customers the Google Pixel 4a 5G for only $10 monthly with an Unlimited plan. AT&T’s trade-in program can save you an extra $200 off the device’s total cost when you send in an eligible device.

While the Google Pixel 4a is a relatively new release, various retailers will be throwing out discounts and bundle offers to make buying the phone from them more enticing. You don’t need to sign up with a carrier to score a deal on the Google Pixel 4a either. Below we’ve listed all the best deals that are currently available for the device. Remember to check back often if you haven’t found the perfect deal as this page and the offers below are updated on a regular basis.

Visible’s deal offers the 128GB device for $336, or as low as $14 per month, with a $150 Mastercard gift card after 2 months of service. You have to bring over your number from your current carrier to be eligible for the Mastercard as well. Visible offers unlimited talk, text, and data for only $40 per month with 4G LTE service! You’ll also score a free Amazon Fire TV Stick with the purchase for a limited time. 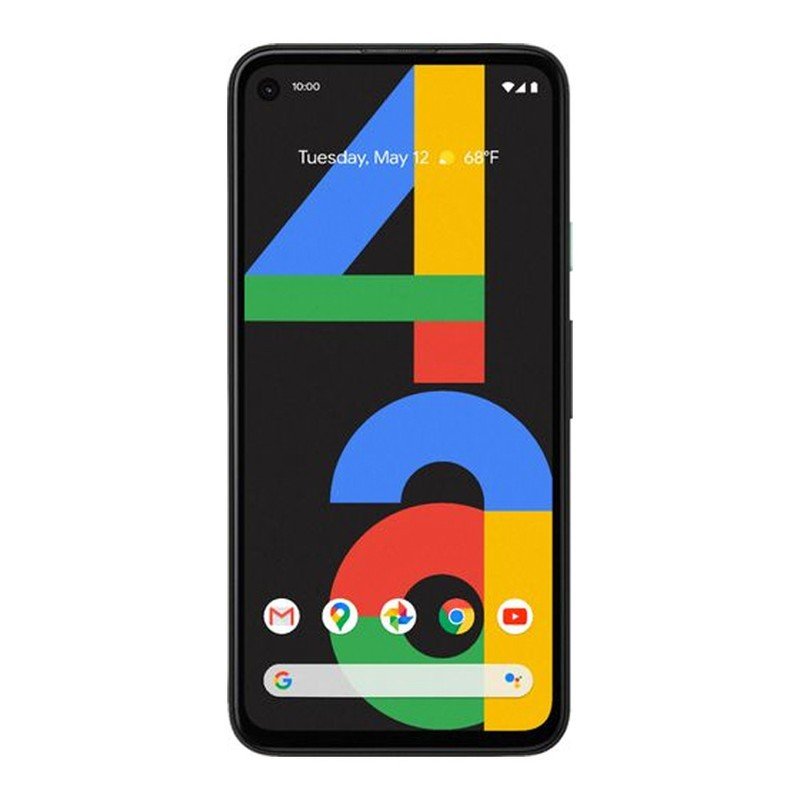 You can save up to $100 on the Google Pixel 4a when you purchase and activate the device today at Best Buy. Activating via Sprint offers the biggest discount; you’ll save $100 by adding a new line or starting a new Sprint account with the purchase. Meanwhile, activating via Verizon or AT&T earns you a $50 discount. You can also buy it unlocked for full price. 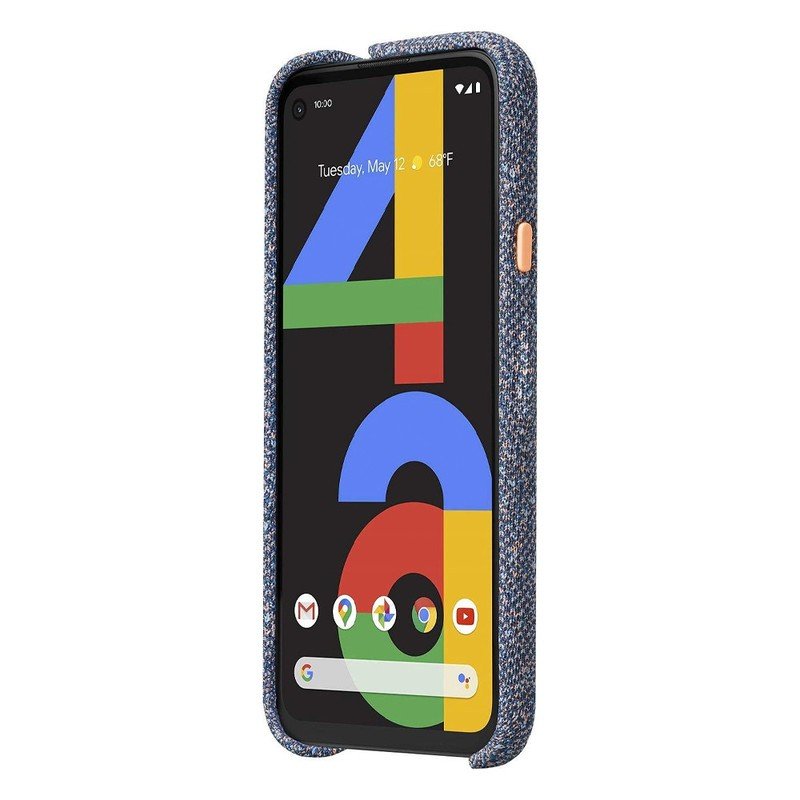 Amazon has another option for those looking to buy a Google Pixel 4a right now. This bundle includes the device along with a Google Pixel 4a case in the color of your choice: Basically Black, Blue Confetti, or Static Grey. 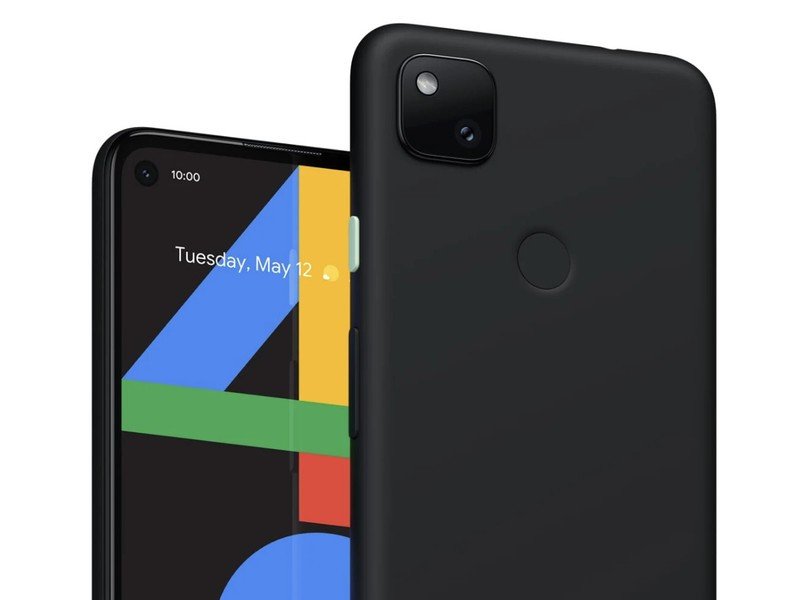 Save over $130 on the Google Pixel 4a over two years when you pick up the device at Google Fi for $15 per month. This offer also includes device protection and a phone upgrade after two years. You can even receive up to $500 back by trading in an eligible iPhone or Samsung device for a limited time.

Not sure whether the Google Pixel 4a is the right device for you? Take a look at our Pixel 4a review where the device was rated with four out of five stars for a more in-depth assessment of its features and abilities. You can also go through its specifications, find a case from our guide to the best Google Pixel 4a cases, and last but not least pick up a screen protector while you’re here at Android Central.

Overwatch 2 What’s Next livestream: How to watch and what to expect from it