Apple’s Greg Joswiak: No Plans to Merge Mac and iPad 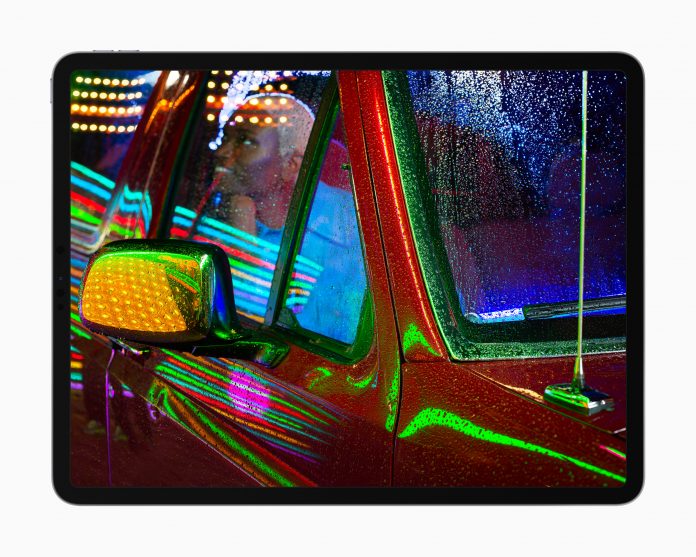 Apple earlier this week introduced refreshed 11 and 12.9-inch iPad Pro models with few external changes but one notable internal change – the introduction of the same M1 chip that was also used in the MacBook Pro, MacBook Air, and Mac mini refreshes back in November.

Apple marketing chief Greg Joswiak and hardware chief John Ternus this week did an interview with The Independent to talk about the new tablets. The use of an ‌M1‌ chip in an iPad naturally has led to speculation about the merging of the ‌iPad‌ and Mac lineups, a topic that resurfaces over and over again, but Joswiak says that’s not the goal.

Rather than merging the two product lines, he claims that Apple is just trying to make the best products in their respective categories.

“There’s two conflicting stories people like to tell about the ‌iPad‌ and Mac,” says Joz, as he starts on a clarification that will lead him at one point to apologise for his passion. “On the one hand, people say that they are in conflict with each other. That somebody has to decide whether they want a Mac, or they want an ‌iPad‌.

“Or people say that we’re merging them into one: that there’s really this grand conspiracy we have, to eliminate the two categories and make them one. And the reality is neither is true. We’re quite proud of the fact that we work really, really hard to create the best products in their respective category.”

Apple plans to keep making both products better and is not going to “get all caught up in” theories of “merging or anything like that.”

The new ‌iPad Pro‌ models arguably have more power than is necessary for a tablet that does not have the option of pro software like Final Cut Pro, but Ternus and Joswiak declined to comment on software that might be coming in the future. Joswiak instead said that the extra performance gives developers more space to find new ways to expand their apps. “Our developers are pretty quick about taking advantage,” he said. “It isn’t like it languishes for years.”

He also said that it’s great for customers to know that they can buy a system “that still has headroom” and won’t be “immediately obsolete.” As an explanation for why Apple opted for the ‌M1‌ chip over an A-series chip, Ternus said that the best Apple silicon has “always gone into the ‌iPad Pro‌,” and right now, the ‌M1‌ is “is the best” Apple silicon Apple has available.

The two also commented on the 12.9-inch ‌iPad Pro‌’s new mini-LED display, which is the highest quality display that’s been used in an ‌iPad‌ to date and rivals the Pro Display XDR. Ternus said that shrinking it was a “huge undertaking” that required more LEDs because of the size constraints.

“Shrinking it was a huge undertaking,” says Ternus. “If you just look at the two products, obviously the ‌iPad‌ is a lot thinner than a Pro Display XDR, and the way the architecture works – you have the LED backlight behind the display.”

Apple added one other new feature to the ‌iPad Pro‌ — an Ultra Wide front-facing camera with a new “Center Stage” feature that’s designed to allow you to stay in frame while moving about a room. Ternus said that it’s “liberating” to be able to move around, and it’s also useful for FaceTiming with large groups.

Joswiak and Ternus’s full interview contains additional tidbits about the new ‌iPad Pro‌ models, and it can be read over at The Independent.Related Roundup: iPad ProBuyer’s Guide: 11″ iPad Pro (Caution), 12.9″ iPad Pro (Caution)
This article, “Apple’s Greg Joswiak: No Plans to Merge Mac and iPad” first appeared on MacRumors.com