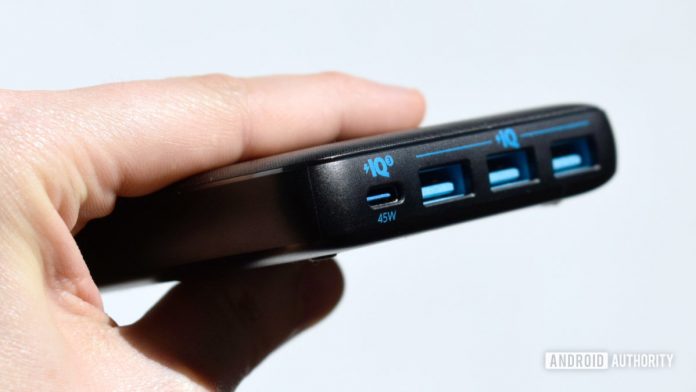 Anker is a big brand in the charging and power game. One of the company’s more unique products is the PowerPort Atom III Slim. This slimline desktop charging hub offers not one, not two, but four USB ports. That’s enough to be the center of your charging universe.

However, priced at $45.99, Anker’s Slim charger sits right in the middle of a market increasingly full of 60W and 100W multi-port hubs. Let’s explore what the Anker’s hub has to offer and if it can stand out in the increasingly competitive GaN charging market in this Anker PowerPort Atom III Slim review.

Built with gallium nitride (GaN) components, the Anker PowerPort Atom III Slim is an impressively slim charger. The hub measures just 0.7-inches thick and weighs in at 141g (5oz). The technology also helps it remains quite cool, even while fast charging a laptop.

See also: What is GaN and what does it mean for your tech?

The PowerPort Atom III slim is available in black. The hub sports an IEC C7 (figure eight) plug socket in the back and is designed as a desktop charging companion rather than a wall brick. It comes with a regional wall plug in the box but no USB cables. 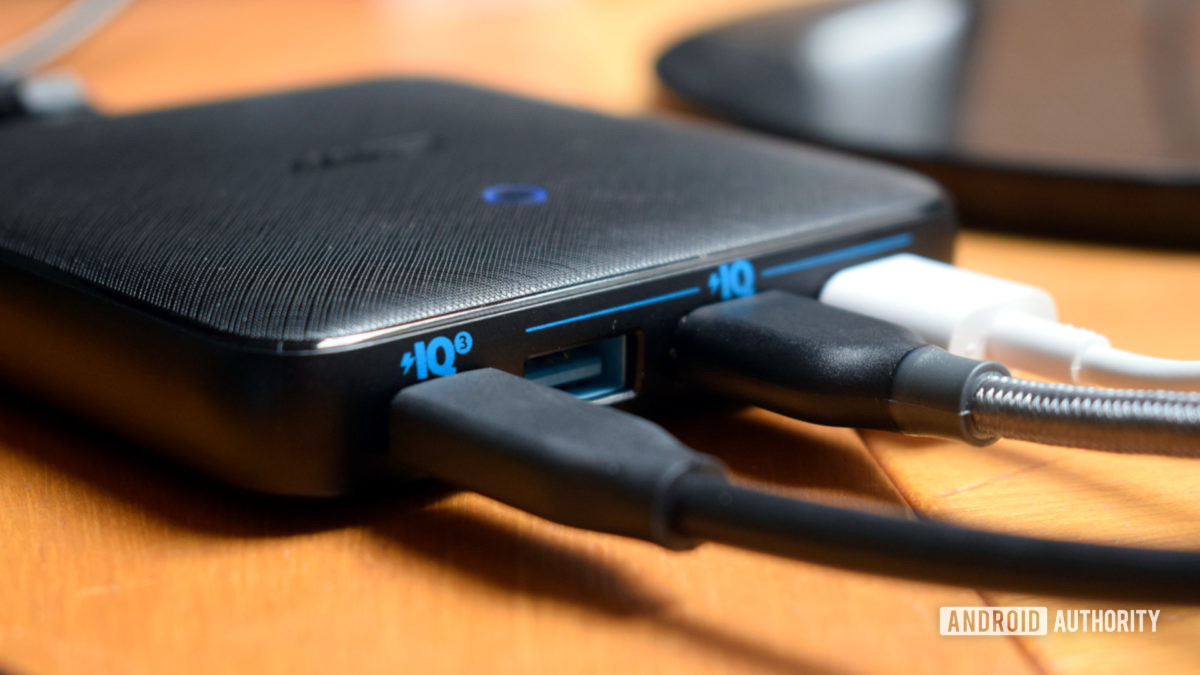 With four USB ports onboard, this adapter is built for charging multiple gadgets at once and it can certainly do that. The second thing you’ll notice is how compact and well-built the Anker PowerPort Atom III Slim is. It’s about the size of a small battery pack and the flat design fits very tidily on my desk. The textured plastic looks and feels pretty nice too, although it scratches a little too easily.

With 45W of output power over the USB-C port, the Anker PowerPort Atom III Slim packs enough power for fast charging smartphones and most smaller laptops. Although for larger laptops you’ll want something with a 60W output to keep charge times under two hours. It should be noted that the USB-C port supports the USB Power Delivery protocol used by Google Pixel and Apple iPhone handsets, but not the newer USB PD PPS variant required to fast charge the latest Samsung flagship phones at their maximum speed. Although it will still charge them.

When charging, I clocked a very impressive average energy efficiency of 84.4%, with results ranging from 82 to 86%. This may not be the fastest charger around but it ensures that your devices receive maximum power drawn from the wall. 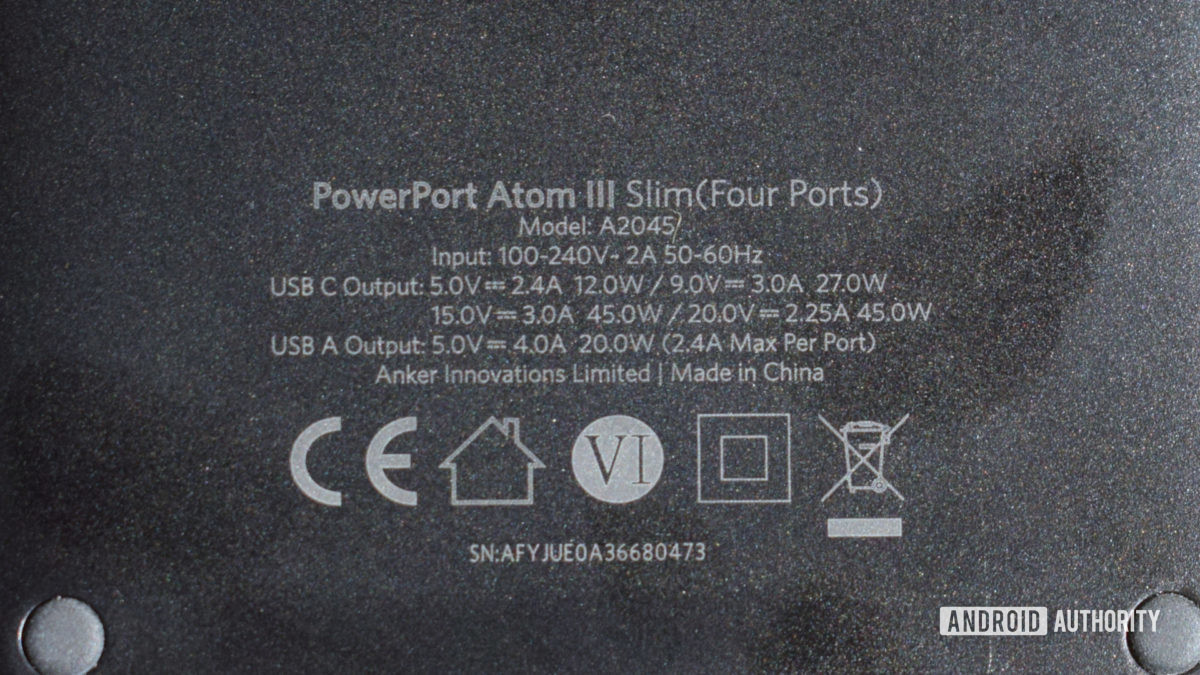 With the exception of the USB-C port, the Anker PowerPort Atom III Slim is not a very fast charger. That’s because it only supports the Apple 2.4A standard on the USB-A ports, which is limited to 12W of output. Non-Apple devices I tested received closer to 9W. There’s no Quick Charge, Samsung Adaptive Fast Charge, or other standards commonly used in older flagship and more affordable smartphones, which typically offer 15-18W of power.

That’s fine for your basic USB gadgets, such as headphones, but modern smartphones will take hours to charge when using these ports. This severely limits the PowerPort Atom III Slim’s usefulness as a multi-port charger. Although, fortunately, the USB-C port retains its full 45W power capabilities when multi-charging.

Anker states that the three remaining USB-A ports share 20W of power. However, I clocked closer to 30W with all three ports in use, for a combined power draw of 87.9W with the USB-C port in use as well. Anker’s website notes that it is not recommended to charge three high-powered devices simultaneously on the USB-A ports, as it could trigger the device’s overload protection. Despite offering four ports, Anker clearly doesn’t expect customers to make use of them to charge multiple phones at once.

Anker PowerPort Atom III Slim review: Should you buy it? 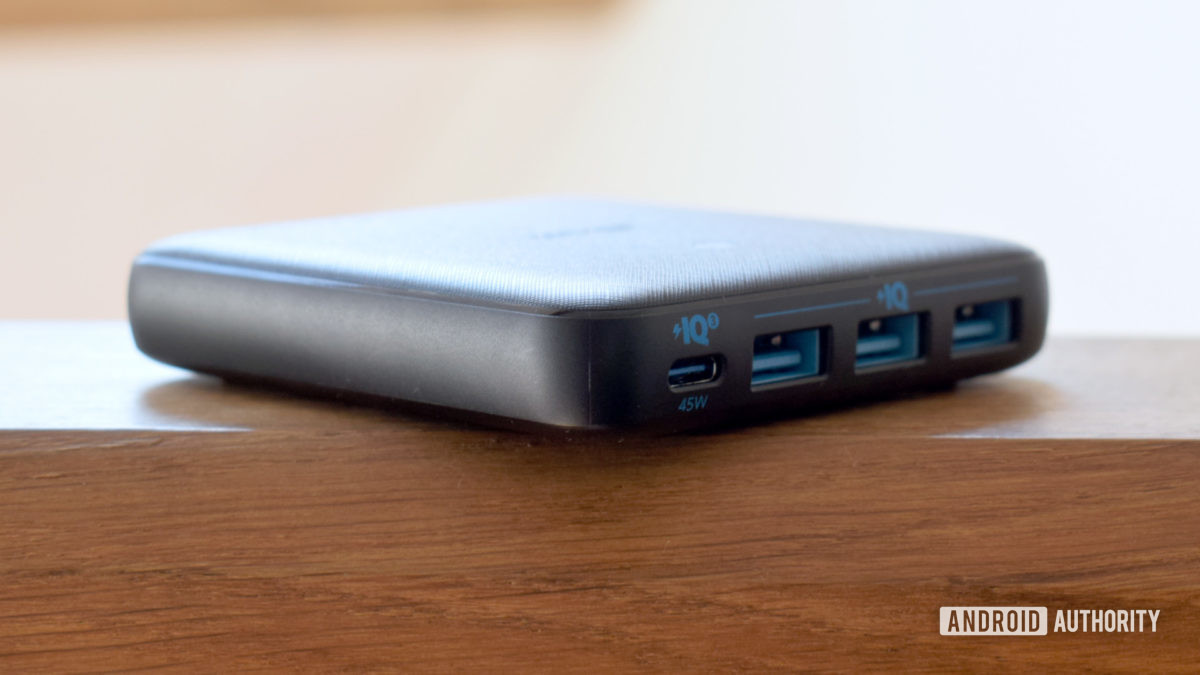 The Anker PowerPort Atom III Slim packs in enough ports to power up a wide range of modern gadgets. Just don’t expect it to charge up older devices very quickly. The 45W USB-C port with USB Power Delivery support is great for most smartphones and smaller laptops. However, the lack of fast charging standards on the USB-A ports severely limits their usefulness. Particularly for smartphone fast charging.

The PowerPort Atom III Slim’s USB-C port is great for fast charging most new phones and laptops. However, the three USB-A are only a good fit for Apple products.

These caveats make the Atom III Slim rather expensive, priced as it is at $45.99/£36.99/€39.99. Those looking for a faster multi-device desktop charger would be much better served by the Elecjet X21 Pro or RavPower PD Pioneer 65W, which both sport two fast-charging USB-C ports.

So who should buy the Anker PowerPort Atom III Slim? Well, anyone who needs a bunch of basic USB-A ports for their desktop accessories will be well served here. Or those who don’t mind leaving their devices to charge overnight.