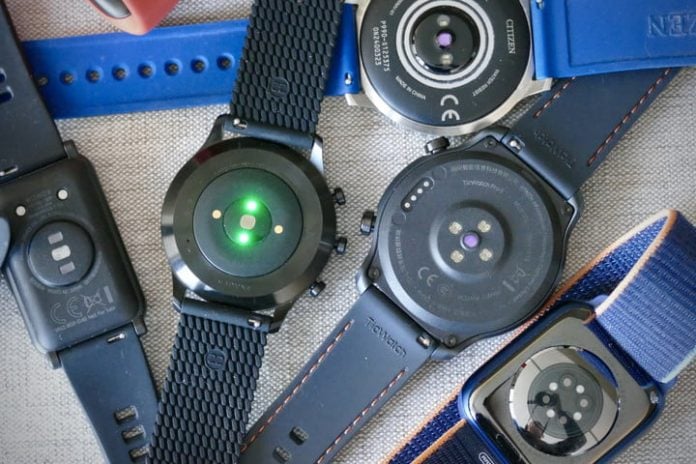 Ever since wearables equipped with heart rate tech began entering the mainstream, there have been questions about the accuracy of optical heart rate sensors when taking readings on different skin tones. From Apple’s infamous so-called “tattoogate” shining a green LED light on the problem in 2015 to various academic studies during the years that followed, there has been a lot of discussion, but not a lot of conclusions.

What happened? Have sensors changed to cope with different skin tones, or has the industry failed to change? It turns out the early research has prompted change, and may also inspire new standards for wearable heart rate sensors.

The heart rate sensor on your wrist

The optical heart rate sensor on the back of your smartwatch or fitness tracker works using an established technology called photoplethysmography (PPG), where a very bright light shines through your skin and tissue to measure blood flow. The information is then reflected back and interpreted to provide your heart rate.

PPG optical sensors on wearables use an infrared green light for cost effectiveness and efficiency, as it’s cheap to produce an established tech, our bodies and blood are good at absorbing it, and it’s less affected by movement. All this makes it a good choice for inclusion on a nonmedical-grade wearable.

However, the use of green IR light causes a problem. Melanin, a natural skin pigment, is also very good at absorbing green light, and the increased presence of melanin in darker skin tones reduces the accuracy of green PPG sensors. Green light can also have problems with dark tattoos, sweat, and even arm hair.

It seems the darker your skin, the less accurate a green PPG heart rate sensor could be, because it can be blocked by melanin in the skin’s base cell layer. The subject has received attention for several years, but mainly through academic papers and studies.

Nature, as part of an investigation into the accuracy of the heart rate sensors, lists seven papers discussing the subject. And Valencell, a company that produces biometric sensors, including PPG sensors, and lists Suunto and Scosche as partners, lists skin tone as one of its top five challenges related to optical heart rate sensors. An Oxford Academic Journal paper on PPG sensors and sleep writes the following: “We note with deep concern that there is increasing evidence that [PPG sensors] are not as accurate, and may not work at all, in people with darker skin tones.”

By how much is accuracy likely to be affected? Jessilyn Dunn, Duke University’s assistant professor of biomedical engineering, wrote that research into the area “demonstrated that inaccurate PPG heart rate measurements occur up to 15 percent more frequently in dark skin as compared to light skin.”

Perhaps the most public, and widely shared, case of wearable PPG sensors being befuddled by darker skin was in 2015, when the accuracy of the Apple Watch’s heart rate sensor was affected by dark, heavy tattoos. The so-called “tattoogate” still seems to be a problem, with questions about the Apple Watch Series 5’s accuracy appearing on Apple’s discussion board as recently as September 2020.

What are companies doing about it?

It’s clearly not a new issue, or something that has only recently been identified, so what are companies that make devices with PPG heart rate sensors doing about it? Garmin, which produces a range of wearables with heart rate sensors, is one of the few which that mentions the issue on its website: “Skin tone can have an effect [on heart rate accuracy] as the melanin in the skin absorbs some of the light. While Garmin designs our watches to work on all skin tones, the sensor may have to work harder to find a pulse, [which] can require slightly more battery power.”

Throwing more power at the problem is also Fitbit’s approach. It also makes a wide range of fitness products with heart rate sensors, and told Statnews in 2019 that it “takes accuracy very seriously” and boosted the intensity of its IR green LEDs to help with accuracy.

Apple doesn’t talk about skin tone, but does state that tattoos may affect the optical heart rate sensor’s ability to provide reliable readings, and alludes to increasing power to get around this, writing that “the optical heart sensor is designed to compensate for low signal levels by increasing both LED brightness and sampling rate.”

Huawei has released a number of fitness wearables and smartwatches, and like other companies, is also actively working on making its heart rate sensors work effectively. The company told Digital Trends: “We are continuously optimizing TruSeen heart rate monitoring technology based on hardware and algorithms to improve monitoring accuracy in different scenarios.”

Digital Trends asked Mobvoi, which has made the TicWatch range of Wear OS smartwatches since 2016, if it has investigated whether skin tone affects PPG sensor accuracy. The company indicated it had, and told us the following: “Through our research and development, we’ve found a few ways to improve the accuracy of heart rate tracking on our TicWatches with different skin tones, arm hair, or tattoos. Tests are ongoing, so we can’t share the results currently, but we’re hoping to have some exciting developments in the near future.”

Putting the same question to wearable technology company Myzone, which specializes in fitness-orientated products with built-in heart rate monitors, CEO Dave Wright said: “It is true that the optical sensors of heart rate monitors can be inhibited by factors such as dark skin, tattoos, and hair. At Myzone, we strive to ensure our heart rate monitors are the most accurate on the market by offering a proprietary device that’s 99.4% accurate to an electrocardiogram (EKG) machine.”

What’s interesting here is that the device Wright refers to doesn’t go on your wrist. “Using a chest-based hear monitor like Myzone means you are directly connecting to the electrical impulses from the heart, giving the most accurate reading,” he said.

Fit and sensor placement add to the accuracy challenge

A monitor’s ability to accurately measure your heart rate doesn’t stop with skin tone, and it may not play as large a role as feared. As Wright’s words indicate, the placement of the sensor on your body, and how it fits, is another important part of the puzzle.

The Duke University research mentioned earlier, which was published by the National Center for Biotechnology Information and was the first of its type, concluded after a trial involving 53 people that “we found no statistically significant differences in wearable HR measurement accuracy across skin tones, however, we did find other sources of measurement inaccuracies, including activity type and type of device.”

Dr. Marc Gillinov, the chairman of the Thoracic and Cardiovascular Surgery department at the Cleveland Clinic, called wrist worn monitors “recreational.” He  wrote in a piece on using heart rate monitors to stay healthy that “wrist-worn fitness devices that include heart rate monitors are incredibly popular, but if you really want to know your heart rate, wear the chest strap heart monitor.”

In addition to fit and placement, the quality of the actual sensor itself is just as key. Biomedical engineer Ariel Ash-Shakoor, who works on various cardiovascular devices and technology, although not specifically PPG sensors, told me via a Twitter direct message that provided a PPG sensor is designed correctly, “then it should be able to account for differences in skin tone, and that the fit would be the most important factor for accurate readings.”

All this echoes a quote from Sid Sundar, a senior project manager at sensor company Silicon Labs, when he talked to Wareable in 2017 about the challenges of collecting biodata using wearable devices. “When we talk to customers to discuss sensor performance, issues can be caused by fit or something fundamentally wrong with the algorithm or sensor. It tends to be the former,” he said.

Wearable device companies are clearly aware of the issue and efforts are being made to address it, however, there is another way to understand which sensors provide the most accurate results, potentially before the device is even released. This would come through specialized testing.

Tests for medical technology are already in place. In the U.S., the Food and Drug Administration (FDA) tests and approves medical devices, but not consumer devices like smartwatches unless they are intended for medical purposes. In May 2020, the European Union introduced Medical Device Regulations, which include PPG heart rate sensor tests to help establish consistency and accuracy in devices with a PPG heart rate sensor. Now, a consortium of universities, along with Huawei Technologies Finland, under the name Interlive Network, has proposed a series of standardized testing protocols for heart rate monitoring and step counting on consumer wearables.

The protocol would take age, gender, height, weight, body mass, and skin tone into consideration, with the proposal stating that “skin tone appears to affect the accuracy of HR readings based on PPG and should also be considered during validity testing.” The tests would also examine the type of activity, contact pressure, and even ambient light and temperature to establish accuracy.

Getting heart rate sensors to provide an accurate result, all the time, on different skin types is a complex problem that involves not just the sensor itself, but also where it’s located on your body and how it comes into contact with it. The early research appears to have encouraged a variety of companies making these devices to take the issue seriously, and may also push the industry itself to adopt new methods to help us better recognize the best sensors before we put one on our wrist.