Home News Rosetta May Be Removed From M1 Macs in Some Regions on macOS...
News

Rosetta May Be Removed From M1 Macs in Some Regions on macOS 11.3 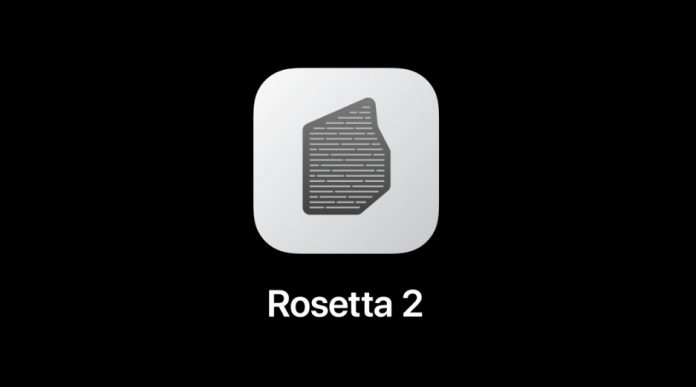 Installing the upcoming macOS 11.3 software update on an M1 Mac may result in Rosetta 2 being removed in one or more regions around the world.

In the third beta of macOS 11.3 seeded to developers for testing today, MacRumors contributor Steve Moser uncovered new strings in the beta’s code indicating that “Rosetta will be removed upon installing this update.” Another new string reads “Rosetta is no longer available in this region. Applications requiring Rosetta will no longer run.”

Apple did not specify which regions where Rosetta 2 would be “no longer available,” and no further details are known at this time.

Apple is removing Rosetta from Macs during updates in certain countries in Mac 11.3 beta 3. Maybe this is due to legal issues? “Rosetta will be removed upon installing this update” “Rosetta is no longer available in your region. Applications requiring Rosetta will no longer urn” pic.twitter.com/NmsjXOwPvP

Rosetta 2 enables Macs powered by Apple silicon like the M1 chip to run x86 apps built for an Intel-based Mac. The translation layer works in the background when a user opens an app compiled only for Mac computers with an Intel processor, and automatically translates the app for use with Apple silicon the first time the app is run.

It’s unclear why macOS 11.3 might remove Rosetta 2 on M1 Macs in some regions, but perhaps there are legal or copyright reasons involved. Apple did not immediately respond to our request for comment, but we’ll provide an update if we hear back.

The third beta of macOS 11.3 also adds some new settings with imagery for mapping game controller buttons to keyboard layouts, according to Moser’s code-level findings, but we are not fully sure what this entails.Related Roundup: macOS Big SurTag: Rosetta
This article, “Rosetta May Be Removed From M1 Macs in Some Regions on macOS 11.3” first appeared on MacRumors.com

Facebook
Twitter
Pinterest
WhatsApp
Previous articleLooking forward to Pokémon Unite? See if your phone can play it first!
Next articlePokemon Unite for Android: Everything you need to know