HomeHow toHow to catch and breed stronger Pokémon in Sword and Shield’s Isle...
How to 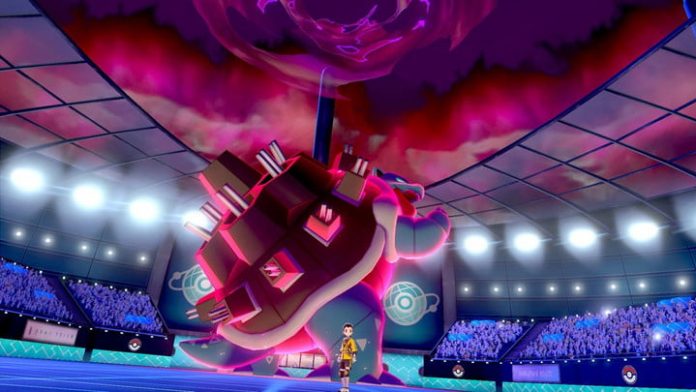 Pokémon Sword and Shield’s Isle of Armor DLC gave players a good reason to jump back into the game when it launched, and is still worth experiencing if you held out until the Crown Tundra DLC launched as well, but returning to Pokémon can be daunting. The most dedicated, competitive players have kept up with the game consistently since its launch, so it’s easy to feel like you’re behind the curve.

If you’re jumping back into Pokémon Sword and Shield and want to keep up with fans who never stopped playing, here’s how you can use the Isle of Armor features to get stronger monsters.

If you bounced off of Sword and Shield after beating the game, you’ll want to focus on getting more powerful Pokémon on your team. Max Raid Battles are a great starting point for building a new team. Any Pokémon you catch in four- and five-star raids will have high base stats, known as IVs. These values determine how high a Pokémon’s stats can go.

To check a Pokémon’s IVs, you’ll need to complete the game and reach rank 4 at the Battle Tower. Once you do that, you’ll get the IV Checker function in your Pokédex. This will allow you to select any Pokémon and see its base stats. If a stat says Best, that means that it is the highest it can go.

Actually making sure a Pokémon reaches its full potential is a different rabbit hole, but Max Raid Battles will at least give you Pokémon that are inherently stronger than ones you’d catch in the wild. Since Isle of Armor introduces tons of raid dens, try catching some Pokémon around the new island to rebuild your party from scratch.

Speaking of raids, Isle of Armor introduces a new area that’s dedicated to Ditto. Go to the southeast section of the Workout Sea and you’ll find an island filled with Dittos. There’s a raid den in the center of the island, which is guaranteed to have a high-level Ditto battle.

Why does that matter? Ditto is essential for Pokémon breeding. Usually, you need to put a male and female Pokémon of the same “egg group” in day care to produce a child. It’s complicated, but there’s an easier method: You can put a Ditto and a Pokémon of any gender in day care instead. When you do this, you’ll get an egg containing a type matching the non-Ditto parent.

Parents will pass down some of their IVs to children, so if you have a powerful Ditto in the mix, your children will inherit a few of its stats. If you give one of the parents a Destiny Knot, the number of IVs they pass down will increase to five. Destiny Knots can be purchased from the Hammerlocke Pokémon Center for 10 Battle Points (BP).

Breeding gets a lot more complicated as you get into factors like abilities and natures, but the new Ditto den will make your life easier. Try catching a few and experimenting with breeding to make stronger Pokémon.

Dynamaxing and Gigantamaxing are key parts of Sword and Shield’s battle system. Isle of Armor doubles down on that by adding new Gigantamax Pokémon. Rillaboom, Cinderace, Intelleon, Venusaur, and Blastoise all have new Gigantamax forms that will make them temporarily stronger in battle.

You’ll need to raise their Gigantamax power to do this, but fortunately Isle of Armor makes this easier. You can cook Max Soup at the new island’s dojo, which will raise a Pokémon’s Gigantamax power. You can use this to feature to give some of your new Pokémon — or old favorites like Machamp — an added boost in battle

Between new Pokémon, Gigantamax forms, and raid dens, Isle of Armor gives players more options for catching and creating a powerful party before heading into the Crown Tundra. Take advantage of the DLC’s new features to get a leg up in battle.