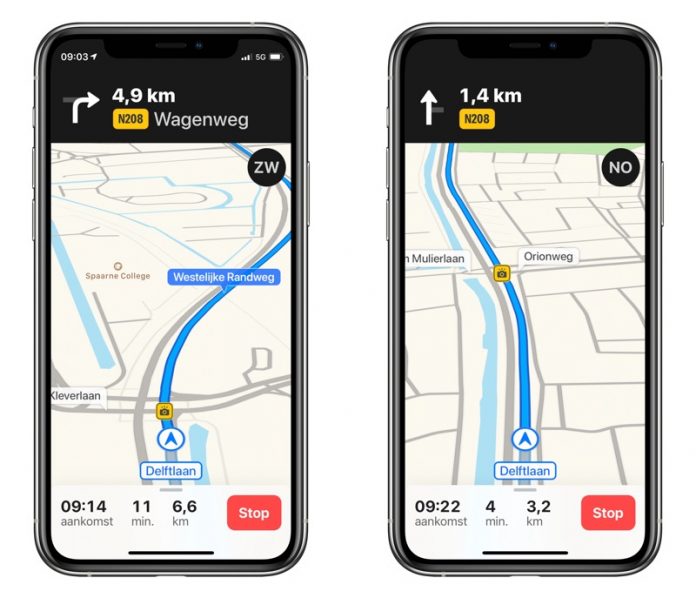 Dutch tech blog iCulture this morning reported that Apple Maps is now showing speed camera information in at least some parts of the Netherlands, suggesting Apple is in the process of rolling out the feature in more countries.

Image via iCulture
While navigating in-car with ‌Apple Maps‌ via CarPlay or on iPhone, drivers in a region where the speed camera feature is available are alerted to camera locations on roads via a yellow icon showing a camera with its flash in operation. Maps shows the location of fixed cameras that check for speed and stopping at red lights.

Currently Apple only lists speed camera availability in Canada, Ireland, the United Kingdom, and the United States, but today’s report suggests the feature is coming to the Netherlands and potentially other regions, too. So far, alerts for speed cameras have been seen in North Holland’s Haarlem region, so it could be a while before the country gets full rollout. iCulture notes that ‌Apple Maps‌ still doesn’t show the maximum speed on Dutch roads.

Apple is working on a new Maps feature for iOS 14.5 or later that lets users report speed checks along a route, suggesting a future version of Maps could use crowdsourcing to alert drivers to mobile speed traps.

Update: Several readers in Austria and Australia have since contacted MacRumors to say they have also noticed the speed camera feature appearing for them in ‌Apple Maps‌.Tag: The Netherlands
This article, “Apple Maps Starts Showing Speed Camera Information in Additional Countries [Updated]” first appeared on MacRumors.com