Google Assistant gets a surprisingly decent desktop client for your PC 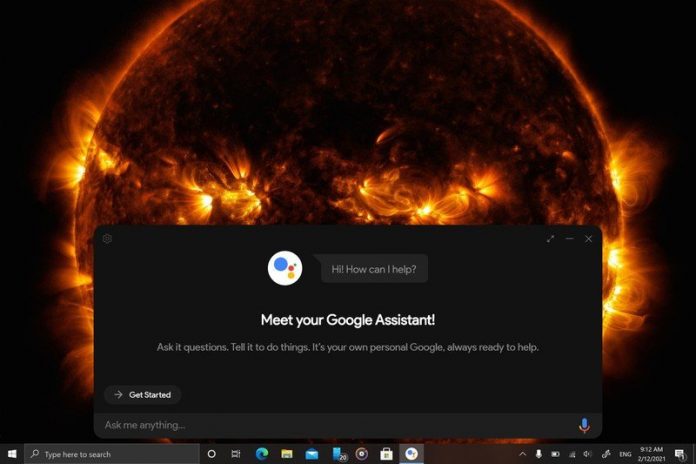 The only desktop operating system you’d find the Google Assistant on was Chrome OS. While Google doesn’t yet offer Google Assistant support on any non-Chromebook, an enterprising developer has done a surprising amount of work in bridging that feature gap. Spotted by Android Police (via 9to5Google), it’s an unofficial Google Assistant client by developer Melvin L.Abraham that more or less attempts to replicate the Chrome OS Assistant feel. It’s not completely one to one, and you’ll need to follow a pretty hefty setup process that’s not for the faint of heart, but it does a good job of looking and feeling the part.

Once installed on your desktop platform of choice, you have access to basic functionality like weather reports, web-searches, smart home controls, and more. It doesn’t do continued conversation well, nor does it do routines, but it’s a pretty good effort for a third-party Google Assistant that’s effectively a hack.

The caveat for this is that it’s not as easy to use as the Google Assistant is on any of the best Chromebooks. You’ll need to go through this Github page and follow all the steps to get it working. All 30 of them.

Personally, while using the Google Assistant on a Chromebook wasn’t as useful as it was on a smart speaker or even a smartphone. The effort that this takes to get running means that fewer people will be encouraged to get started with it. But that said, perhaps Google could see the demand for it and bring it to Windows, macOS, or even Linux. On the other hand, neither Siri nor Cortana have made the cross-platform leap, and Google is unlikely to give away more of Chrome OS’s unique selling points.

Would you use Google Assistant on your desktop if it was made available to you? Let us know in the comments below.