Home News Deals: Take Up to $70 Off Brydge's Keyboards for iPad and iPad...
News

Deals: Take Up to $70 Off Brydge’s Keyboards for iPad and iPad Pro 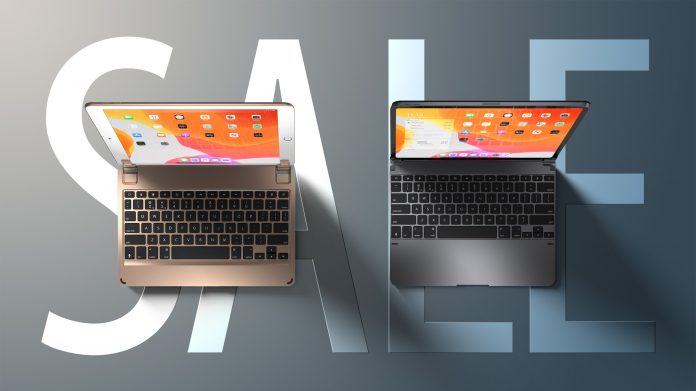 Brydge has a few ongoing deals happening this week, where you can shop a collection of iPad keyboards for the 9.7-inch iPad, 11-inch and 12.9-inch iPad Pro, and more. Brydge’s keyboards have premium aluminum bodies, backlit keys, and up to 180-degree viewing angles. You can connect the keyboards to an iPad via USB-C or Bluetooth.

In the sales below, prices have been automatically applied and you’ll find up to $70 off select keyboards. There is one exception that requires a coupon code: you’ll need to enter the code BRYPROSAVE on the Brydge Pro for 11-inch/12.9-inch iPad Pro to get the accessory for $79.99 (originally $149.99).

Head to our full Deals Roundup to get caught up with all of the latest deals and discounts that we’ve been tracking over the past week. For more iPad deals, our full Best Deals guide for iPad has all of the current best sales for iPad, iPad mini, iPad Air, and iPad Pro.Related Roundup: Apple Deals
This article, “Deals: Take Up to $70 Off Brydge’s Keyboards for iPad and iPad Pro” first appeared on MacRumors.com