The 5 most exciting laptop trends from CES 2021 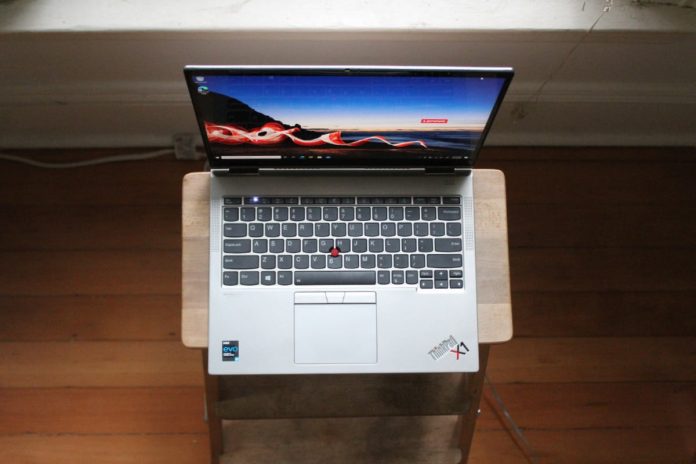 CES 2021 was a fantastic showcase for laptops. All the big names in laptops brought an explosion of new ideas and concepts to the table, resulting in a number of trends that will dictate the rest of the year’s technology.

Powered by the latest silicon from Intel, AMD, and Nvidia, laptops are pushing out into new territory, offering form factors and capabilities we’ve never seen before. Here are the five laptop trends from CES that will set the course for the rest of 2021.

When Dell changed the aspect ratio of its XPS 13 in 2020, I knew a major change was afoot. In the past year, slowly but surely, nearly all of the major laptop brands have moved away from 16:9, to either 16:10 or 3:2. It has culminated at CES, where nearly everything but budget laptops and gaming laptops have moved to a taller aspect ratio.

It doesn’t sound like a huge change on the surface, but the effect it has on the user is significant. Having more screen real estate and vertical space is particularly noticeable on the new 3:2 laptops, such as the ThinkPad X1 Titanium Yoga.

Thanks to the new Nvidia RTX 3070 and 3080, laptop gaming may have finally graduated from 1080p. Ever since the RTX 20-series cards, gaming laptop manufacturers have been pushing refresh rates higher and higher — nearly into absurdity.

The new gaming performance in these new graphics cards, though, means high refresh-rate 1440p gaming is finally a possibility. Popular gaming laptops like the Razer Blade 15 are now offering a 1440p model with a 240Hz refresh rate. There’s even an Asus ROG gaming laptop this year with a 4K 120Hz screen. That’s a first for gaming laptops, and it opens up a far sharper gaming experience on laptops.

I thought for sure that we’d see a deluge of 1080p webcams in new laptops at CES 2021. I was wrong. As it turns out, only one laptop was announced that had a proper 1080p webcam, the MSI GE67 Raider. That’s not exactly the kind of laptop you’re going to buy for work, either.

Companies like Lenovo and HP did bring slight improvements to their laptops’ videoconferencing ability, such as moving up to 5-megapixels and improving the microphones. But the idea of announcing new laptops at CES with 720p webcams is a serious disappointment. Let’s hope that this situation improves a few months down the line.

Powerful Chromebooks are coming in 2021

There were only a handful of new Chromebooks announced at CES, but they all shared something in common. Better performance. With the announcement that Intel was bringing its 10nm Tiger Lake chips to Chrome OS and the launch of some new Ryzen-powered Chromebooks, the future of these lightweight laptops is looking bright.

The improvement in graphics is especially exciting, since both Intel and AMD’s chips offer dramatically upgraded integrated graphics. That’s important for things like gaming, but also light content creation workloads.

Gaming laptops are better than ever

Gaming laptops are about to get very interesting. First off, they’re getting thinner and lighter than ever. Thanks to the power of the mobile RTX 3060 and the new 35-watt processor from both Intel and AMD, we can expect gaming laptops to look a whole lot more like normal laptops in the future. Some are even breaking into the 14-inch screen size, such as the Predator Triton 300 SE.

On the other end of the spectrum, the power of the mobile RTX 3080 allowed Asus to design the world’s smallest external GPU enclosure, the ROG XG Mobile. The company even engineered a custom PCIe interface that works with its new ROG Flow X13 laptop, redefining how much performance you can add through an external graphics card.