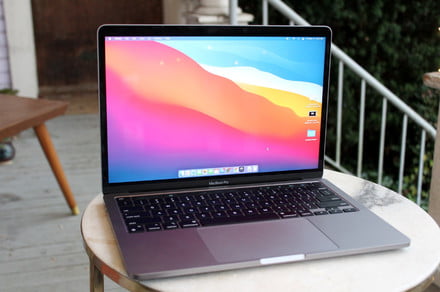 Rumors of Apple’s switch away from Intel processors existed for years before Apple announced the move to the world in June 2020. But according to a former Apple engineer, the company was making moves in this area long before most people realized it.

In a detailed Twitter thread, Shac Ron, who worked as a Senior Kernel Engineer at Apple from 2007 to 2017, shed light on the history of the M1 chip and Apple’s efforts to develop their own alternative to Intel processors. The thread came about in response to a tweet from machine learning expert David Kanter that claimed M1’s performance is much more to do with its cache than its architecture.

The premise here is wrong. arm64 is the Apple ISA, it was designed to enable Apple’s microarchitecture plans. There’s a reason Apple’s first 64 bit core (Cyclone) was years ahead of everyone else, and it isn’t just caches. https://t.co/8wZxy8c9vr

In reply, Ron explained that Apple began its work on what would become the M1 10 years ago in 2010, when it contacted ARM about making a custom 64-bit instruction set architecture (ISA). At this point, according to Ron, ARM had not even finished designing its own core chip design that it would license out to third parties.

Ron went on to say that when Apple launched this 64-bit chip — the Apple A7 in 2013’s iPhone 5S — rivals Samsung and Qualcomm were caught completely unaware by its performance. The A7 was the first 64-bit system-on-a-chip (SoC) to launch in a consumer smartphone, and Apple claimed at the time that it was twice as fast and offered twice the graphics performance as its predecessor, the A6.

ARM designed a standard that serves its clients and gets feedback from them on ISA evolution. In 2010 few cared about a 64-bit ARM core. Samsung &amp; Qualcomm, the biggest mobile vendors, were certainly caught unaware by it when Apple shipped in 2013.

Ron added more detail, asserting that Apple’s insistence on a highly efficient “OoO” (out-of-order) architecture with low clocks and the potential for adding more and more cores to the chips gave the company an edge. Indeed, Ron then claims that “M1 performance is not so because of the ARM ISA, the ARM ISA is so because of Apple core performance plans a decade ago.”

The thread is illuminating because it shows just how far ahead Apple was organizing its processor switch. Apple often plans major moves years in advance — the iPad was being worked on in 2004 at the latest, six years before it launched — and is quite happy to wait until the technology is ready before releasing a product. Given the M1’s stellar performance in the latest MacBook Pro and MacBook Air models, we would say the wait was worth it.