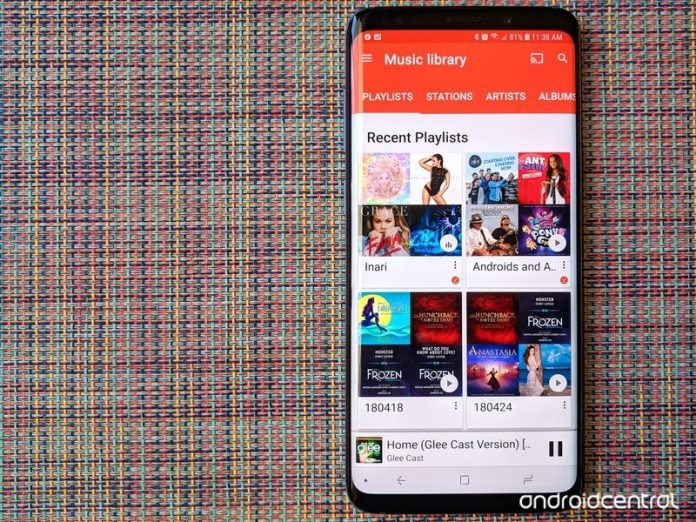 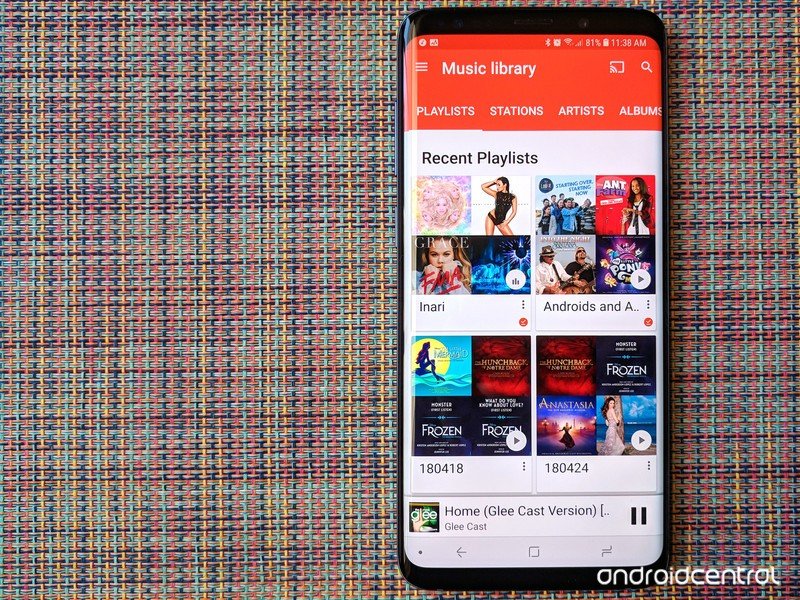 It was a big year for Google.

As you’d expect in any year ending with a number, there are more than a few services Google killed in 2020. The company is notorious for killing features and apps that don’t do well or feed into its overall product strategy. Android Central’s Jerry Hildenbrand has an excellent piece on why Google kills many of its products when these actions are seen as drastic by their most vocal users. That being said, Google did kill off many apps this year. A few services were killed off completely, while a few more were replaced with competent alternatives.

While it’s useful to keep a chronicle of which apps Google kills or sunsets, it’s also useful to remember that it’s not often as simple as “killing.” In many cases, there is a clear pathway forward with limited service interruption for most users, and that context is often left out. 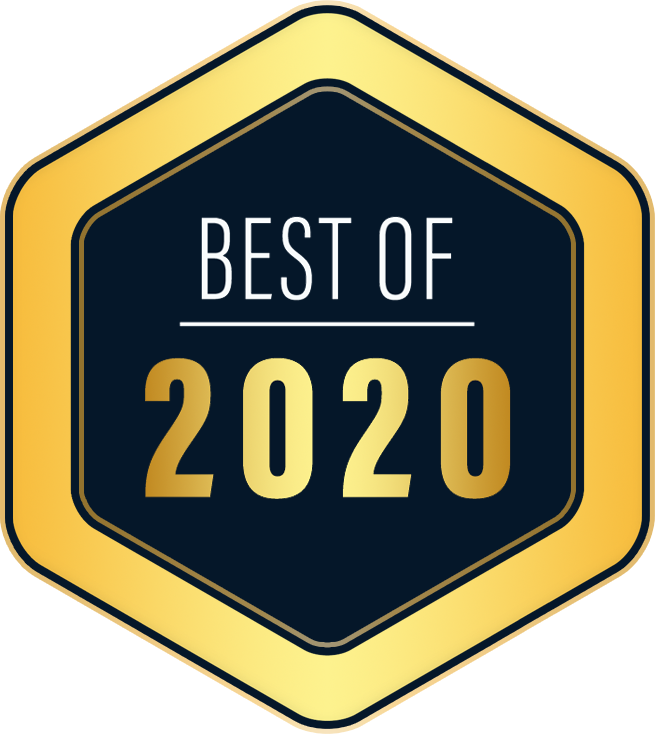 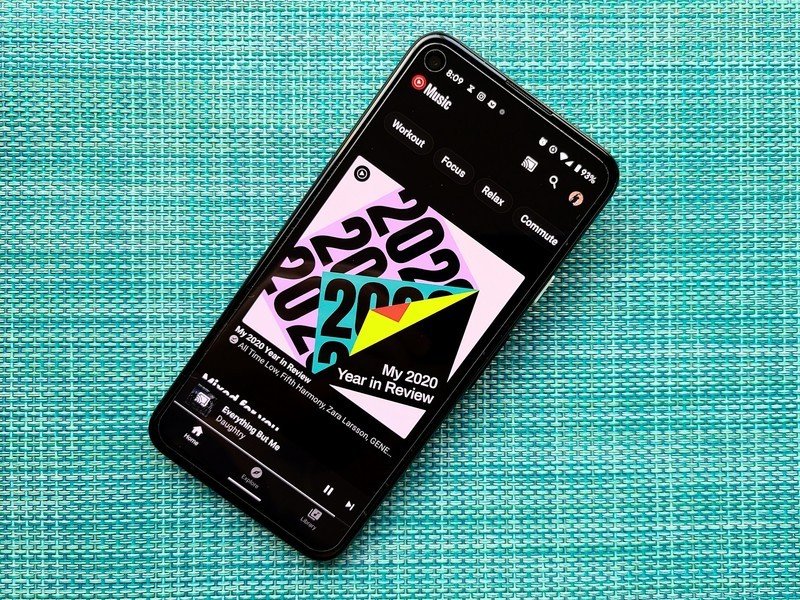 Google Play Music was Google’s main streaming app for years. A wonderfully made app with many fans, it never managed to take off like Spotify or Apple Music. Google started testing out a music-focused YouTube app at the end of 2015, and then in 2018, Google launched (some would say relaunched) YouTube Music as its new main music streaming app. The service was supposed to run alongside Google Play Music while Google worked to transition as many features as possible to the new service.

In 2020, Google finally ended this transition period, migrating all users over to YouTube Music. While some may quibble over YouTube Music’s viability as a music app, there’s no denying that it does many things better than Google Play Music. Its Discover Mixes are useful for finding new music, and integration with YouTube means you get a lot more than just the standard songs you’ll find on every other music streaming service. 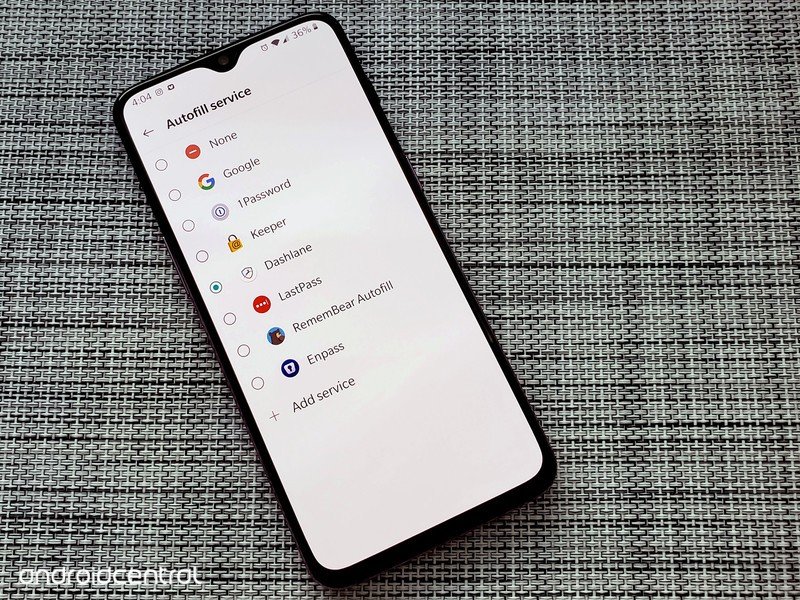 Keeping your online and mobile passwords safe is necessary as we move into a more online era (especially one that’s been accelerated by the events of 2020), meaning more people than ever are looking for the best password managers. Google added an online password checker extension because, let’s face it, many people are still using insecure passwords and/or sharing them across services and apps. Once one of these passwords is compromised, often multiple accounts are affected. Google’s password checker extension would scan your credentials against lists of breached credentials and let you know which ones have been compromised. It’s been killed now, but Google has a replacement — and it’s built right into the Chrome browser.

It’s now possible to quickly and easily check which of our account passwords has been compromised. If you log into an account with compromised credentials, Google will alert you and tell you to change your password. Luckily, this can be accomplished with ease from the Google password settings screen with a single tap or click taking you to a site’s password reset page. Combined with Google’s built-in password suggestions feature, you can secure your online passwords without needing to use a third-party extension. If you don’t use Chrome but have passwords and credentials saved on Google already, you can also do this directly from your Google account page. 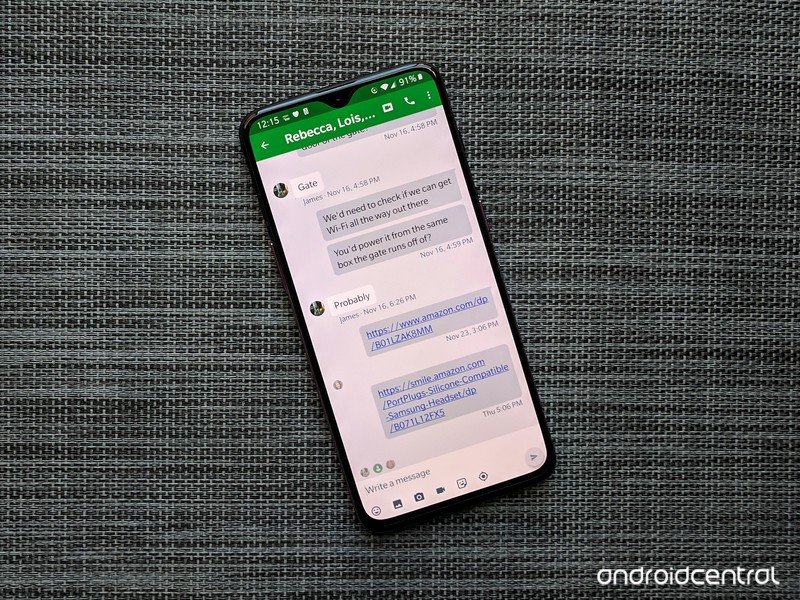 Google Hangouts has been dying for years, but Google finally made concrete steps towards killing it off for good this year. It’s stripped a lot of functionality, such as integration with Google Fi and Google Voice, and you can no longer make video calls. Fortunately, 2020 is the year where all of Google’s Hangouts replacements matured. Spurred by the Coronavirus pandemic, Meet and Duo received a slew of feature updates, powering them up for business and personal use, respectively. Google Messages finally got “Chat” worldwide. Essentially, Google now supports the new RCS protocol that carriers hope will soon replace SMS and has dropped in features like reactions and end-to-end encryption to modernize the experience.

Meanwhile, Google Chat is getting tighter integration with Gmail and limited cross-compatibility with Hangouts. While Chat is limited to Google Workspace consumers at the moment, when the lights are finally turned out on Hangouts at the end of 2020, it’ll be free for all to use. 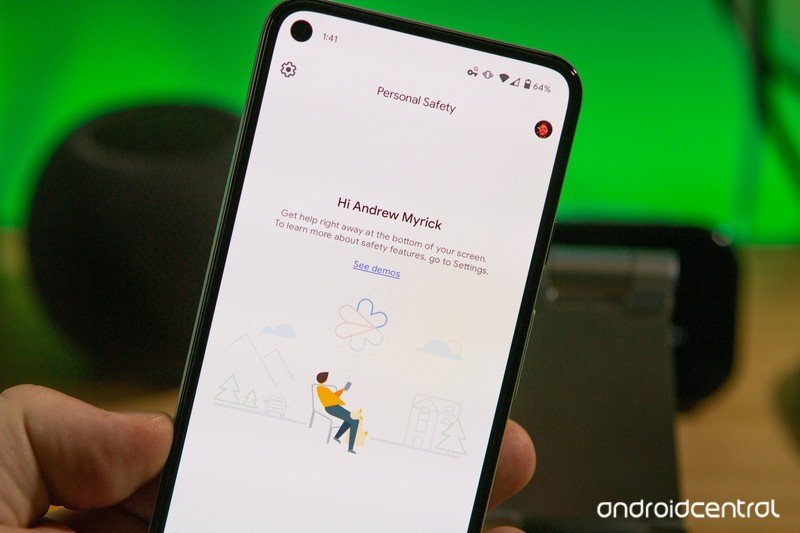 Ever had a family member get into an accident and needed to know where they were? Trusted Contacts was an app that was built around that use case. You could designate select contacts as your eponymous trusted contacts, and they could then request your location in case of emergency. If you didn’t respond within a certain time, Google would then transmit your location automatically.

Google killed off this app a little under two months ago. Instead, it directed users over to Google Maps, where it had recently enabled real-time location sharing can share locations across iOS and Android. While it went unnoticed, there’s also the Pixel-exclusive Personal Safety app. It has an emergency contact function that can be used for much the same purpose, including sharing your location and the duration of your emergency calls to those select groups of contacts.

Neither of these two has the same emergency location sharing as Trusted Contacts, but perhaps Google blanched at adding a feature that let someone pull your real-time location without your direct consent. 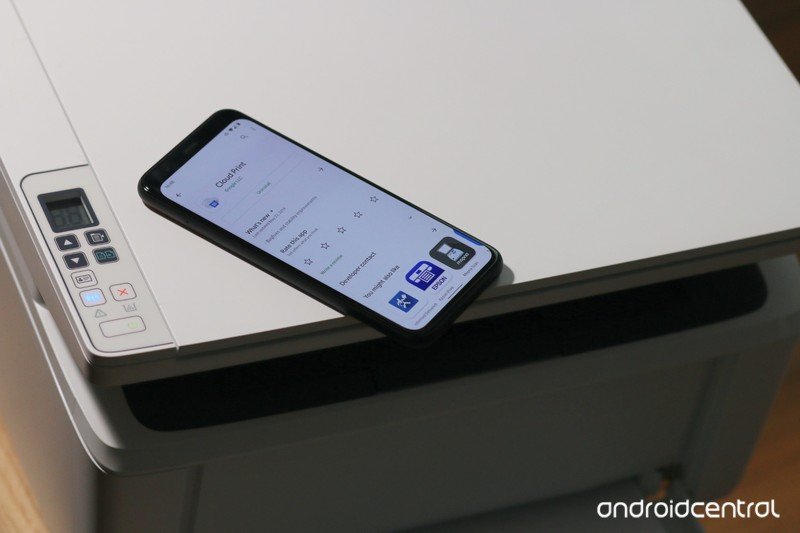 Not everything can be done through PDFs or Google Sheets; sometimes, you need to print as well. This is a genuinely useful feature that allowed users to print files as long as they had a) the Chrome browser and b) a Cloud Print connected printer. Google is removing it from the Chrome browser and Chrome OS on December 31, 2020, with no replacement.

Instead, the company recommends customers use their own native OS printing systems. Google’s Cloud Print may have been created when Chrome OS didn’t have reliable printing, but now it does. On the other hand, as printing has become less and less necessary, perhaps the use for Cloud Print has dwindled to the point that Google no longer needs to support it. Technically, while Google killed this service, it’s more accurate to say that the COVID-19 pandemic killed it, and you’ll see why in a second.

Shoelace was an experimental social media app spun up by the Area 120 labs team. It was an app that allowed users in the NYC area to discover community events and organize meetups with strangers in their local area. If you liked music and wanted to find friends to go to gigs with or were looking for some LGBT groups in the area, Google wanted you to be able to use Shoelace to discover these. With the COVID-19 health crisis discouraging contact with family members, not to speak of strangers, you can see why it had to go.

“We’re proud of the work that we accomplished and the community that we built, but given the current health crisis, we don’t feel that now is the right time to invest further in this project,” the Shoelace team shared in a doc. 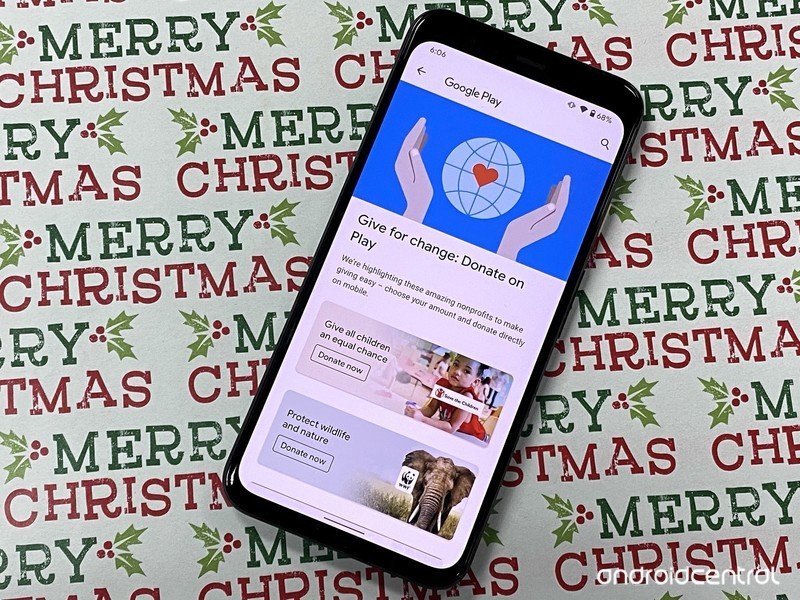 Google One Today was a service that allowed users to support select nonprofits via donations. It ran from 2013 till February 2020. Google announced the shuttering of the service at the end of January, giving users one week of notice to make any final donations.

The company said that the product had seen a decline over the years, saying in an email that they “ha(d) seen donors choose other products to fundraise for their favorite nonprofits.” It was a small and little-used product that shares duplicate functionality with Donate on Play, and one that, while useful, would have gone sooner or later. 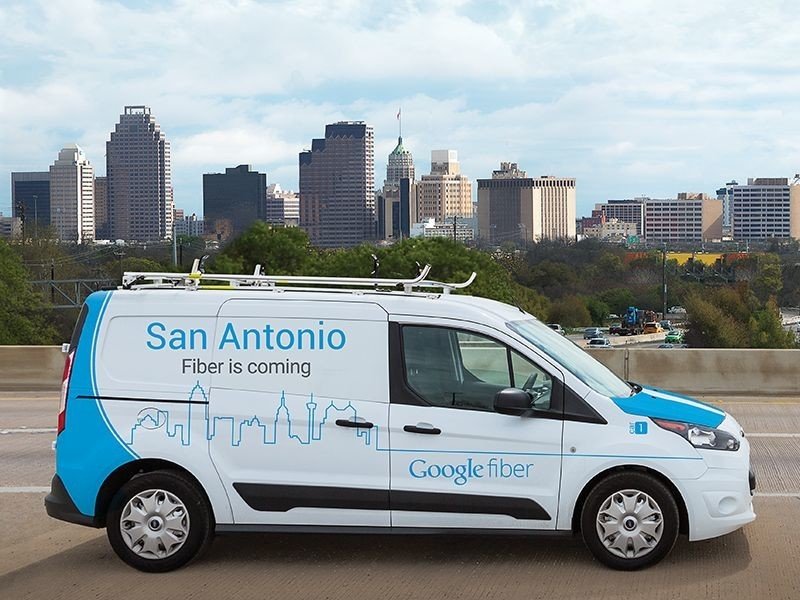 Google Fiber used to offer a TV package to subscribers, but in February, the company opted to return to its roots and refocus on providing internet.

“As we return our focus to where we started — as a gigabit Internet company — we’re also ready to challenge the status quo, to finally come right out and say it: customers today just don’t need traditional TV,” the Google Fiber team said. Google’s ill-fated attempt at social media, Google Plus met its final death in 2020. After being relegated to an enterprise app for a year, the brand’s final vestiges died off in July as Google replaced it with a revived Google Currents brand.

Google had earlier delivered a damning assessment of Google Plus, noting that it “ha(d) not achieved broad consumer or developer adoption, and ha(d) seen limited user interaction with apps.”

With that in mind, while Currents is technically a replacement, it’s building off a version of the Google Plus service that was so far divorced from the original purpose of the service that they can’t be seen as analogous. Google Plus is dead. Long live Google Currents.

While Google does have many apps that it’s killed off, most of them haven’t really detrimentally affected the average consumer. Sure, you may read about this or that service being killed, but chances are you’d have to have “read about it” before noticing it being killed off, which is precisely while Google did so in the first place.