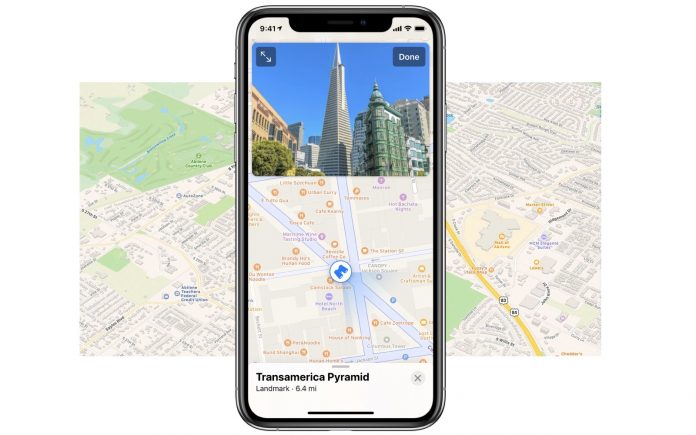 LiDAR-equipped Apple Maps vehicles are surveying select regions of Israel, New Zealand, and Singapore through early 2021, collecting street-level imagery and data, according to a list of locations maintained on Apple’s website.

Apple will use the data collected to improve its Maps app and expand its Look Around feature beyond the five countries where it is currently supported, including parts of the United States, Canada, United Kingdom, Ireland, and Japan. Introduced in iOS 13, Look Around is similar to Google’s Street View, providing a street-level view of a location with high-resolution 3D imagery that can be zoomed and panned.

In areas where Look Around is available, a binoculars icon appears in the top-right corner of the Maps app. Tapping that icon opens a street-level view in a card overlay at the top of the screen, which can then be expanded to a full-screen view. Look Around also appears in the search results for a supported city, below the Flyover and Directions buttons.

Apple Maps‌ vehicles have also surveyed parts of Australia, Belgium, Italy, France, Spain, Portugal, the Netherlands, Slovenia, Croatia, and select other countries since data collection began in 2015. In some areas where streets are not easily accessible, Apple employees collect data using portable systems, such as a backpack with LiDAR.

Facebook
Twitter
Pinterest
WhatsApp
Previous articleReview: The Razer BlackShark V2 Pro is an excellent headset for PS5
Next articleNew York Jets vs. Los Angeles Rams: How to watch week 15 of NFL play from a