HomeNewsEverything Apple announced at its One More Thing event: Macs with New...
News

Everything Apple announced at its One More Thing event: Macs with New M1 silicon 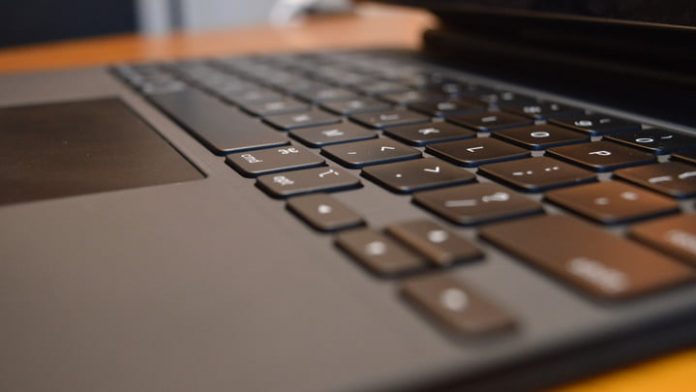 Despite the challenges of trying to build and launch products in the midst of a global health pandemic, Apple’s momentum isn’t slowing down. After a busy fall schedule with launches of new models of iPads, iPhones, the Apple Watch, and smart speakers, along with record-breaking Mac sales, the Cupertino, California-based technology giant is now turning its attention to the Mac for its final launch event scheduled for 2020. Join us as we bring you all the news from Apple’s keynote announcement in this live blog — just be sure to continue to refresh the post for the latest updates.

Earlier this summer at its Worldwide Developers Conference, Apple informed developers that it will begin its transition away from Intel processors to its custom Apple silicon chips, which are based on ARM designs, with initial developer kits contained a Mac Mini with a processor from Apple’s iPad tablet lineup. Today, Apple is ready to announce its first shipping Mac computers — the MacBook Pro, MacBook Air, and Mac Mini — to fans with a variant of that silicon called the M1 processor. With its new M1 chipset, Apple hopes to singlehandedly take on some of the biggest names in the PC industry — from Intel processors to AMD and Nvidia graphics — with laptops and desktops powered by its new M1 processor that’s specifically designed for the Mac.

It’s all about the Mac…

Kicking off the event, Apple CEO Tim Cook confirmed that today’s event will be all about the Mac.

“More customers than ever are choosing the Mac,” he said, noting that the Mac has had its best year ever with 50% of buyers new to the platform. Cook also highlighted the ways that the Mac can be used as a tool for creating content and productivity.

“It’s great t see how people use the Mac to do amazing things,” he said in announcing that the first Mac with Apple silicon is now here, complete with a new, purpose-built custom designed processor.

“It’s time for the Mac to take a gigantic leap forward,” Apple said, which begins with the new silicon, which is at the heart of Apple’s other existing technologies, like the iPhone, iPad, and Apple Watch. Though it had previously shoehorned its A-series processor into a Mac Mini for developers to test, Apple is debuting an entirely new ARM-based processor called the M1 for the Mac.

M1 will be part of a family of chipsets, Apple said, that will span different products over the next several years. This includes the iPhone and iPad with the A-series processors and Apple’s S-series processors in the Apple Watch. M1 will join Apple’s custom silicon family, and the company described this new chipset as “a stunning chip that ushers in a whole new era for the Mac.”

M1 is a single SoC for the Mac, integrating the processor, GPU, security, and I/O components. It has a unified memory architecture for high bandwidth, low latency, and better performance. M1 is an eight-core processor that is built on Apple’s 5nm node with 16 billion transistors.

Apple claimed that this delivers the best CPU performance per watt. Compared to the Intel-based Air, Apple said it has a three times performance improvement per watt.

With the GPU cores, Apple said that the eight-core GPU is in a class of its own — twice the graphics performance while using one-third the power of a PC chip.

Other integrated technologies include an advanced 16-core neural engine that can execute 11 trillion operations per second for machine learning. It also has a secure enclave for best-in-class security, Apple said. There is an advanced signal processor, support for Thunderbolt and USB 4, and more.

Apple claimed that M1 is the best chip it has ever created.

“For the first time ever, we’ve been able to design MacOS for our own silicon,” Apple’s Craig Federighi said.

By building its own hardware and software, Apple claimed benefits like instant wake from sleep, like the iPhone and iPad, and instant times to launch apps. Safari is 1.5 times faster at running JavaScript and twice as responsive, Federighi said.

“We’ve optimized every app for M1,” Apple said. “Final Cut Pro can fly through tasks like rendering a complex timeline, up to six times faster.”

In a highlight real showcasing various developers, Apple suggested that creating Universal Apps will be fast and easy, a move that will be crucial for the success of the company’s transition away from Intel.

The first Mac with M1: The new MacBook Air

Apple’s MacBook Air is already the world’s best selling 13-inch notebook, and the new MacBook Air with M1 delivers even better improvements, Apple said, with 3.5x faster performance. The company claimed 5x faster graphics performance. Apple said that the M1 Air is faster than 98% faster than PC laptops, and it achieves this without a fan.

Apple claimed 15 hours of wireless web browsing and 18 hours of video playback — the longest ever in the MacBook Air. Battery life can go up to twice as long on a single charge.

“All these powerful features are delivered in a sleek wedge-shaped design,” Apple said, noting that the laptop maintains its traditional shape.

The Air starts at the same $999 price point for consumers and $899 for education customers.

The MacBook Mini gets M1 too!

The second Mac to get the new M1 processor is Apple’s beloved Mac Mini.

“Mac Mini delivers the Mac desktop experience in an incredibly form factor,” Apple said. Now, the Mac Mini gets a boost in performance thanks to the M1 processor in what the company called a “seismic shift” in what a desktop can do.

Apple boasted 3x CPU performance and 6x GPU performance with the new Mini. Now, creators can use the Mini to do intensive creative workloads in scenarios never previously imagined. Apple claimed that the Mini is 5x faster than the best selling PC desktops.

“The Mac Mini will supercharge innovative features that are powered by [machine learning],” Apple said of the M1’s neural engine. A new thermal design helps the Mini stay cool and quiet, so unlike the Air, the new Mini has a fan.

The Mini starts at $699, a $100 price drop from the prior generation model with Intel, Apple stated.

Compared to Windows laptops, Apple claimed that the new M1-powered Pro is up to 3x faster.

And thanks to the neural engine, ML is up to 11x faster than the previous generation. Like the Mini, the MacBook Pro has an “active cooling system” with fans. Apple claimed 17 hours of wireless web browsing and 20 hours of video playback for the longest battery life ever in the Mac.

Apple called the new MacBook Pro “the ultimate expression of what the M1 chip can do” in its presentation.

With M1, energy consumption is reduced by up to 60% when the products are in use.

All the new M1 products can be preordered today and will be delivered next week, Apple said.

“This is by far the strongest Mac lineup that we’ve ever had,” Apple said. The transition away from Intel will take a few years to complete.

This story is developing, and this post will be regularly updated during Apple’s keynote.

Facebook
Twitter
Pinterest
WhatsApp
Previous articleWhat iPhones? Apple’s new M1 Macs are its biggest bombshell this year
Next articleMacOS Big Sur will be coming to a Mac near you on November 12
- Advertisment -