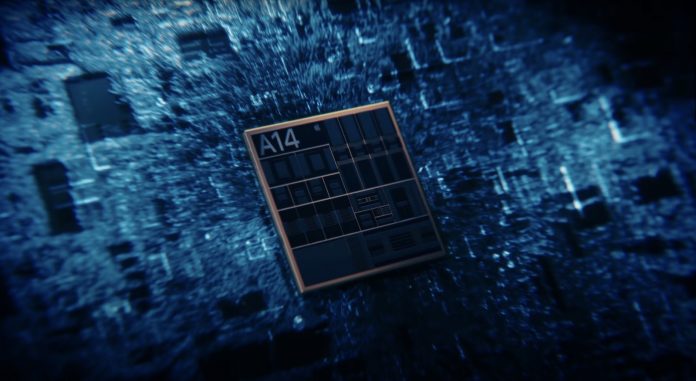 While the A14 Bionic chip in iPhone 12 models was the first chip in the smartphone industry to be manufactured based on a 5nm process, Apple and its chipmaking partner TSMC are reportedly pushing ahead on even smaller nodes.

Taiwanese research firm TrendForce today reported that Apple plans to use TSMC’s next-generation 5nm+ process for the A15 chip in 2021 iPhones. TSMC’s website says the 5nm+ process, which it refers to as N5P, is the “performance-enhanced version” of its 5nm process that will deliver additional power efficiency and performance improvements.

Looking farther ahead, TrendForce believes it is highly likely that the A16 chip in 2022 iPhones will be manufactured based on TSMC’s future 4nm process, paving the way for further improvements to performance, power efficiency, and density.

These continued process advancements should result in future iPhones continuing to provide industry-leading performance among smartphones, while the power efficiency gains could contribute to longer battery life. And considering that TSMC also manufactures Apple Silicon chips, including the 5nm-based M1 chip, these process advancements will likely extend to Apple’s chips in future Macs — perhaps an “M1X” or “M2” chip or so forth.

Rumors suggest that future Apple Silicon Macs will include new 14-inch and 16-inch MacBook Pro models with an all-new form factor as early as Q2 2021, in addition to a redesigned 24-inch iMac and a smaller version of the Mac Pro.Related Roundup: iPhone 13Tags: TSMC, TrendForce, Apple Silicon
This article, “Apple Expected to Use TSMC’s Advanced 5nm+ and 4nm Technologies for Future iPhone Chips, Likely Macs Too” first appeared on MacRumors.com