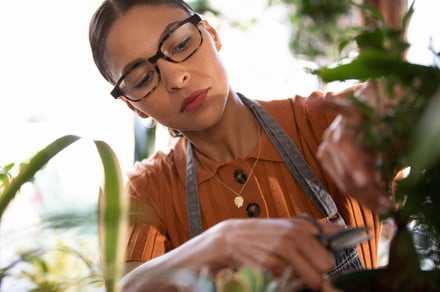 When Amazon first announced the Echo Loop in 2019, it raised a lot of eyebrows — and a lot of hands were raised to be the first ones to try out the device. The smart ring promised to be a way to subtly receive notifications from your phone, activate and control Alexa, and more.

On Thursday, November 19, Amazon announced that the Echo Loop will no longer be supported. The good news, however, is that the company is doubling down on the Echo Frames, a set of smart glasses with built-in Alexa functionality. These frames are designed to operate just like a normal set of glasses, but with smart features implemented in a seamless way.

The Echo Frames are not like early iterations of Google Glass or similar products, with large, bulky protrusions to contain the electronics. Amazon put time into designing a set of eyeglasses that look like designer lenses, while still allowing users to ask Alexa questions and hear her responses.

This functions through the open-ear design. It makes it easy for the wearer to hear Alexa’s responses, while minimizing the amount of sound that escapes to anyone else standing nearby. And that was just in the Day 1 features. The new and improved Echo Frames are poised to build on what made the original model so appealing. These frames are equipped with an Auto Volume feature that adjusts the volume based on the ambient noise around you. In a busy store, the Echo Frames will be louder than in a quiet conference room.

The battery life has also been improved to allow for up to 40% more capacity than before. If you place the lenses upside down for three seconds, they automatically turn off to better conserve battery life. The new Echo Frames still utilize the VIP filter, which lets users sort what apps and contacts they want to hear from while wearing the frames.

7 things you didn’t know your Pixel phone could do