HomeNewsWhy now is the perfect time to buy the latest iPad Pro...
News

Why now is the perfect time to buy the latest iPad Pro 12.9 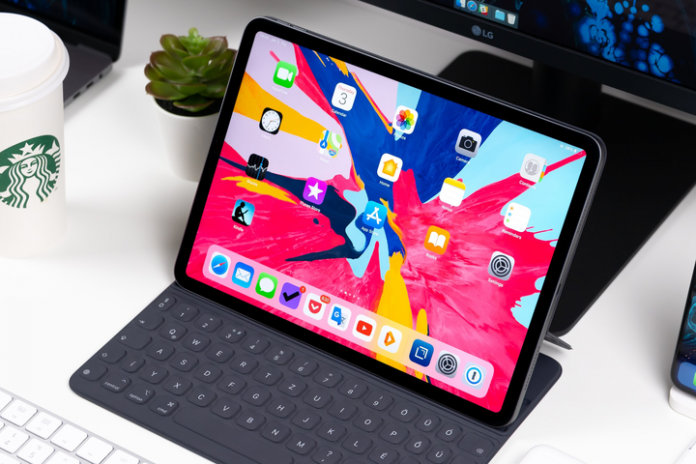 The fourth-generation iPad Pro was only released in March, but the tablet has already been on sale multiple times during the year. It is back to its lowest-ever price so far through a deal on Amazon, where the 12.9-inch iPad Pro is offered with a $49 discount to bring its price down to $950 from $999. If you want to give the tablet as a gift for Christmas, or to have it for yourself for the holidays, now is the perfect time to buy.

The 12.9-inch, 128GB model of the fourth-generation iPad Pro features an edge-to-edge Liquid Retina display with ProMotion, which automatically adjusts the screen’s refresh rate to up to 120 Hz, and True Tone, which dynamically adjusts the screen’s white balance depending on the light around you. This makes the tablet the perfect partner for watching videos and working on presentations, among many other applications.

The latest iPad Pro is powered by the A12Z Bionic chip, which Apple claims makes it faster than most Windows laptops, and adds trackpad support for a new way of interacting with the tablet. It also features a LiDAR Scanner, which makes it a very capable augmented reality device in combination with its cameras and motion sensors. The tablet is also compatible with iPadOS 14, which adds stackable widgets to show your preferred information, sidebars, and pull-down menus to native apps, and the intuitive Universal Search, among many other enhancements.

The iPad Pro also features a dual rear camera set-up with a 12MP Wide camera and a 10MP Ultra Wide camera, as well as five studio-quality microphones to capture audio. Together with the tablet’s large display, the fourth-generation iPad Pro may serve as a mobile studio for filmmakers, musicians, and other content creators.

The 12.9-inch model of the fourth-generation iPad Pro will surely be one of the hottest gift items this Christmas, so if you delay your purchase, you may eventually find it hard to secure stocks or get good deals on the tablet. The Amazon offer of $950 for the latest iPad Pro, with a $49 discount to its original price of $999, was also the device’s sale price on Prime Day, and with Amazon confirming that Black Friday and Cyber Monday deals won’t be better than what were offered on Prime Day, there’s no sense in waiting for November 27 before buying the tablet.