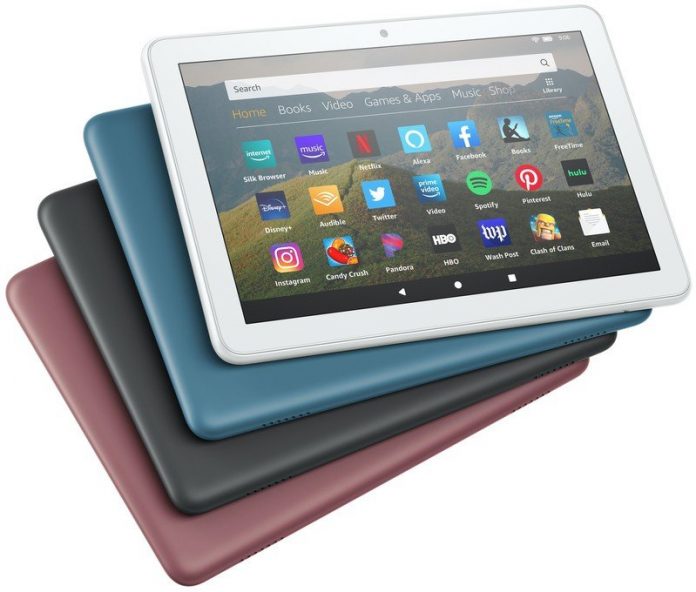 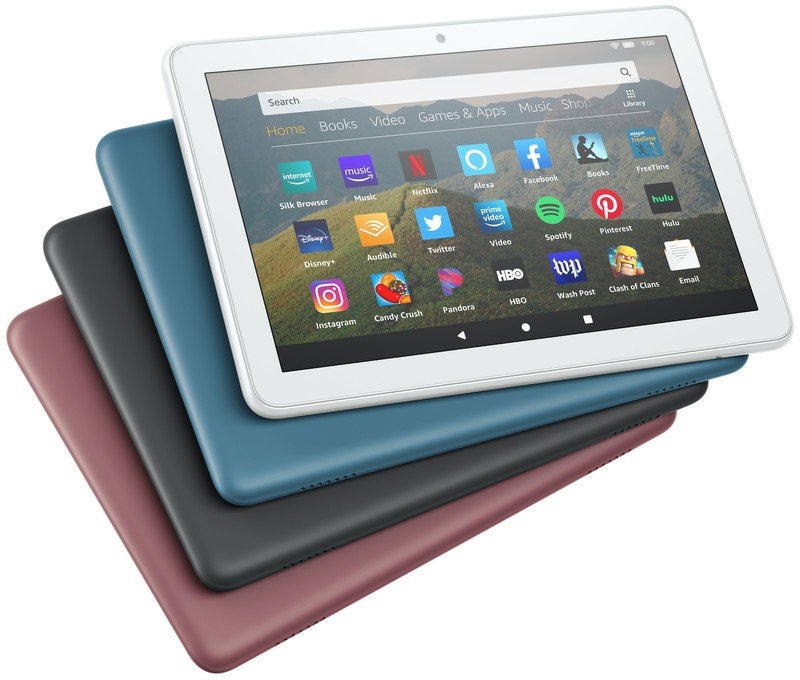 The Fire HD 8 might be the best value tablet on the market, boasting smooth performance with Amazon’s Fire OS and a surprisingly good display for just $90. While it isn’t quite as powerful as the HD 10, it offers all the same basic functionality at substantial savings. Most people will be served just fine with the HD 8. 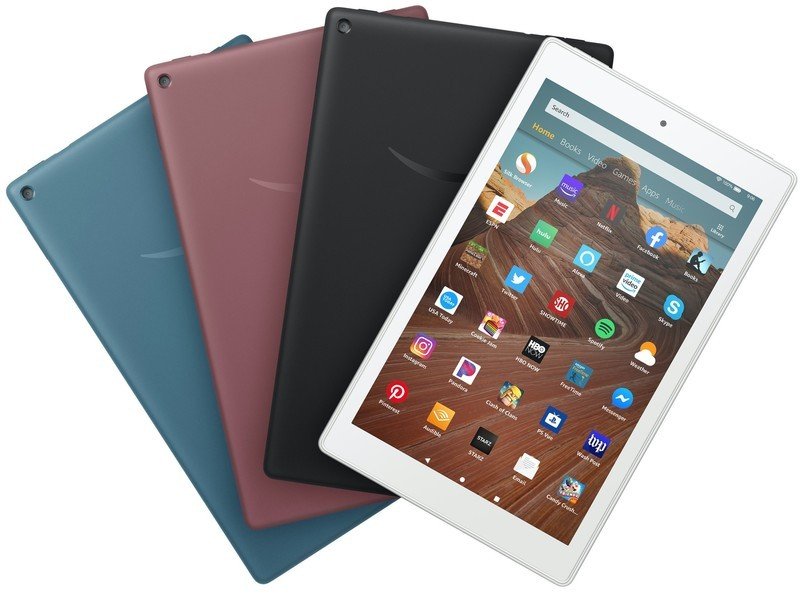 The Fire HD 10 takes everything great about the HD 8 and upscales it — it has better specs, a larger display, louder speakers, and the same Fire OS experience. At $150, it’s pricier (though still affordable), but it’s a much better option if your primary use for a tablet is media consumption.

Amazon’s Android tablets are possibly the best tablets you can buy for the money. When you compare the Fire HD 8 vs. the Fire HD 10, you’re getting incredibly affordability and a ton of value in both. They run on Amazon’s Fire OS and get their apps from the Amazon Appstore rather than the Google Play Store. They have full access to Amazon Music, Books, Video, Movies, Alexa, and everything else Amazon does, which, as it turns out, means you can do quite a lot.

Buying one of these tablets is a no-brainer for the budget-minded. The only tough part is deciding which one to choose. As you’d expect, the larger Fire HD costs more than the smaller one, but there’s more to break down here. The Fire HD 10’s display isn’t just bigger, it’s denser with a 1920×1200 resolution, versus the smaller HD 8’s 1280×800 resolution. Both offer the same 32GB and 64GB storage options, and both can be expanded with a microSD card.

Specs aside, the Fire HD 8 and HD 10 offer relatively similar experiences, with both tablets running on Amazon’s Fire OS interface rather than a more traditional build of Android. You get all of your apps from the Amazon Appstore, rather than the Google Play Store, and that means a much more Amazon-centric ecosystem.

Although similar, these tablets are meant for two different types of consumers. Bigger is better for movies. Get the small one for reading and games.

That’s not necessarily a bad thing; both tablets come with unlimited cloud storage through Amazon, and Amazon hosts a bevy of excellent, exclusive content on its video services.

The OS is fueled by Alexa, who enables you to use voice commands to navigate the software, as well as interact with the thousands of skills available. The digital assistant can now be called upon no matter what state the tablet is in, even if it’s asleep.

Both tablets feature Show Mode, which gives you a visual representation of some of the things that Alexa helps you with. This includes showing the latest news reports, calendar appointments, weather updates, and viewing any smart security cameras you may have connected.

When considering one of these tablets, you should think about what you’ll be doing most with it. If you mostly want an e-reader for Amazon’s enormous Kindle library, with the occasional video or music playback, the Fire HD 8’s smaller form factor may be the better choice. It’s half the price of the HD 10, and aside from weaker speakers and a slightly slower processor, you’re not missing much.

Buy the HD 8 as an e-reader and light browsing device. Buy the HD 10 as a video streaming device.

If instead, you plan on watching a lot of videos and movies on your tablet, the larger Fire HD 10 is the better choice. The larger, denser display provides a much better viewing experience, and you’ll appreciate the louder speakers. It’s more expensive than the HD 8, but it’s still a bargain compared to virtually every other Android tablet on the market.

No matter which tablet you decide on, you’ll be getting a surprisingly great device for the money. They’re both great for media consumption and light gaming, whether you’re buying for yourself, your kids, or as a gift.

The Fire HD 8 offers better performance than a similarly priced traditional Android tablet, with a wide range of Amazon-focused features.

The Fire HD 8 is cheaper than the HD 10 and offers a nearly identical experience. The smaller size makes it a great e-reader, and the dual stereo speakers are good enough for playing back audiobooks, music, and movies.

One of the best media consumption devices you can buy under $200.

If you plan on watching a lot of movies on your tablet, the Fire HD 10 is the clear winner. Its display is larger and higher density than the HD 8, it comes with more onboard storage, and the speakers are louder and clearer.

Facebook
Twitter
Pinterest
WhatsApp
Previous articleJabra Elite 75t vs. Elite Active 75t: Is there a best option?
Next articleBoth the Shield TV and TV Pro are great, but which is the right one for you