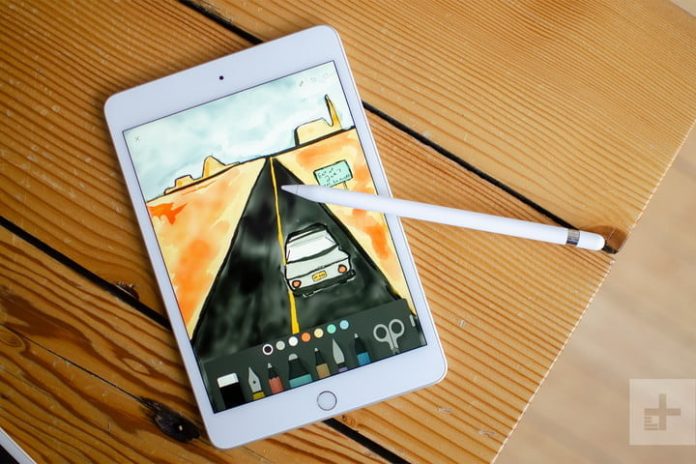 The iPad Mini is Apple’s smallest tablet, and we were expecting to see some decent discounts as a part of the upcoming Prime Day deals — but we weren’t expecting to see its lowest ever price in the run-up to Prime Day 2020. The latest iPad Mini is currently available for just $336, which is a $63 drop from its usual $399 price. That’s one heck of a bargain if you need a portable tablet. Keep an eye on the best Prime Day iPad deals for more deals going forward, but for now, this is an excellent price for an excellent tablet.

The key selling point for the iPad Mini is, unsurprisingly, its size. Sporting a 7.9-inch display, it’s svelte despite the chunky (and somewhat retro) bezel, which makes it perfect for carting around and throwing into smaller bags. Essentially, if a normal iPad is too big and bulky, the iPad Mini can handle it. The display is small, but it’s vivid and bright, so there’s no need to worry you’re getting downgraded. It’s compatible with the first generation Apple Pencil, but it doesn’t work with an Apple Smart Keyboard.

The specs are strong, though. It’s powered by the flagship A12 Bionic processor, and while it’s not as powerful as the iPad Pro, it’s still exceptionally powerful and will handle anything you can throw at it. It has 64GB of storage, which is going to be enough for most people. The battery is a little disappointing though, and it’ll just about make it through a workday if used as a primary device — but we expect you’ll want to plug it in before the end, if we’re honest. However, as an occasional device, it’ll do just fine.

It has its weaknesses, but what device doesn’t? The iPad Mini sparkles despite its small size, delivering top-level power, the latest version of iPadOS, and a great portable design. While just over $60 doesn’t seem like too much of a discount, keep in mind this is an Apple product, and a current model at that. If you’re looking to grab yourself a smaller tablet, the iPad Mini is the one to get, and this is the time to grab it. Check out more iPad deals while you’re at it, but make sure you don’t miss this bargain.