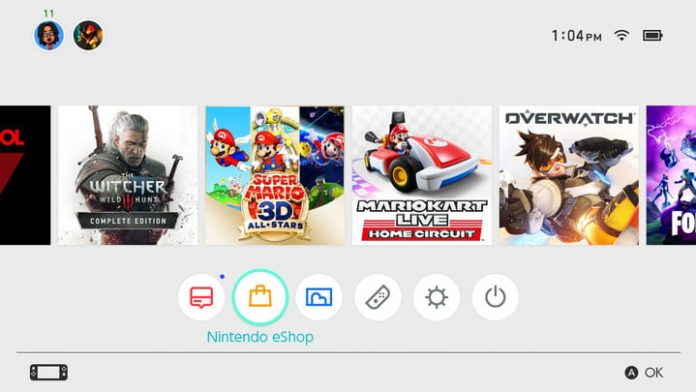 Ahead of the game’s full release next month, Hyrule Warriors: Age of Calamity has gotten a new free demo, available to download from the Nintendo Switch eShop right now. This was announced during the recent Nintendo Direct: Partner Showcase, in which many exciting new things were revealed. One thing we learned is that all four Divine Beasts from The Legend of Zelda: Breath of the Wild will be playable in Age of Calamity.

In terms of the new Hyrule Warriors demo, you might be wondering how to get your hands on it. After all, the eShop isn’t the most user-friendly store. Here’s what you need to know.

Begin at the home screen. Make sure you’ve got at least 1.3GB of extra memory for the Hyrule Warriors demo, and that your system is connected to the internet.

Then, open up the eShop by tapping or clicking the icon at the bottom of the screen. After the eShop boots up, tap or click on Search/Browse at the top.

Once here, you can type in “Hyrule Warriors” to get the game to show up. There are other methods of pulling up the game, but this is the quickest and most reliable way.

When you do, you’ll come to the game’s landing screen from within the shop. This will give you lots of info about the game, such as supported languages, storage size, number of supported players, genre, screenshots, and pre-order details. On the right, below Proceed to pre-order, is Download demo. Tap or click this.

Assuming you’ve got enough free space (1.3GB), the demo will start downloading instantly. You can now back out to the home screen to see the progress.

Since it’s a smaller demo, it shouldn’t take more than a few minutes for it to download, depending on your internet speeds. Once it’s finished, you can hop in and enjoy the demo. It will be available to download, even after the game’s release next month. The demo throws you right into the action, allowing you to play through the first chapter of the game — with the ability to carry over your progress to the full version. Age of Calamity serves as a prequel to Breath of the Wild, taking place 100 years prior.

The full version of Hyrule Warriors: Age of Calamity will launch exclusively for Nintendo Switch on November 20, 2020.