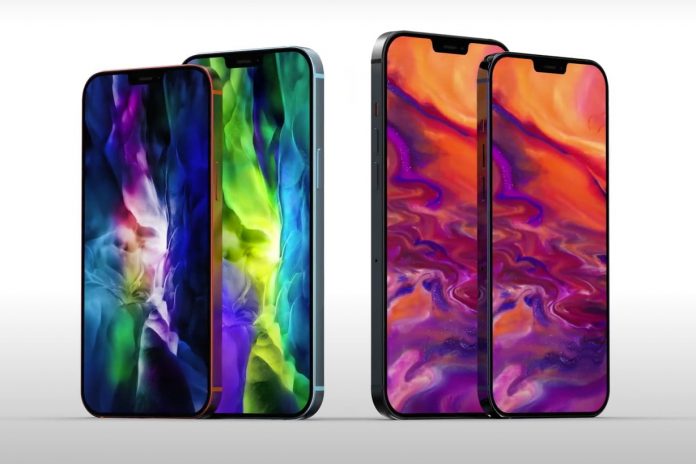 As rumored, Apple has announced a second hardware event for the fall of 2020. The event is scheduled to take place on October 13 at 10 a.m. PT, and is being marketed with the tagline “Hi, Speed.” It’s expected to be where we finally get our first official look at the iPhone 12, which will be the first 5G-capable iPhone — hence the “speed.”

Of course, there will likely be more than just the iPhone 12. Apple is also rumored to be working on a pair of over-ear AirPods headphones, along with the AirTags Bluetooth trackers. And, who could forget the Apple Silicon Macs that the company promised at WWDC.

That said, we likely won’t get all of those things at this single event. Here’s what we do expect from Apple’s October 13 hardware event.

The star of the show will most likely be the iPhone 12 series. Apple is expected to release a hefty five iPhone 12 models this year, including a standard iPhone 12, a larger iPhone 12 Max, an iPhone 12 Mini, an iPhone 12 Pro, and an iPhone 12 Pro Max. All of the models will include an upgraded Apple A14 chip, but perhaps even more exciting is the rumored design refresh.

The new iPhones are rumored to offer a design that kind of blends the iPhone 4 and iPhone 5 with the iPhone 11. There will still be an edge-to-edge display, but the rounded edges are expected to be squared off like the iPad Pro. Not only that, but the device will also likely be available in a “Mini” model, which is sure to appeal to small-phone lovers.

Read more about the iPhone 12

The AirPods line of headphones have been hugely popular for Apple, and for good reason. They’re compact and offer a decent audio quality, to be sure, but perhaps even more important is how well they integrate with other Apple products. Now, Apple is expected to finally launch a pair of over-ear headphones that have those same features.

Features will likely include the automatic pairing now available to AirPods and select Beats headphones, along with Spacial Audio, which simulates a surround sound experience while watching certain videos. And, the headphones will offer noise jcancellation — putting them in direct competition with the industry-leading Sony WH-1000XM4 headphones.

Read more about the AirPods Studio

Apple is said to be leaning heavily into the U1 ultra wideband chip, which will apparently allow users to find their devices with extreme precision in close quarters, potentially with an augmented-reality-type interface. This is the basis behind the new AirTags, which are expected to take on the likes of Tile, allowing users to keep track of their non-smart devices like their keys and wallet. The trackers will likely look like a small circular puck.

It remains to be seen how expensive these trackers will cost, though to actually take on Tile, they’ll need to be competitive. Tile trackers come at around $60 for a pack of four, though prices can vary for different types.

The original HomePod offered an excellent sound quality, however a high price and the fact that Siri lagged behind the competition held it way back behind Google’s Nest and Amazon’s Echo speakers. Now, Apple is expected to bring the price of entry down on the HomePod line with the rumored HomePod Mini.

The HomePod Mini will likely look similar to the original HomePod, but will have a smaller design and a lower price. It will have Siri built into it, as you would expect, and may also act as a HomeKit hub for the smart home users out there.

Read more about the HomePod Mini

Apple may not be done for the year after its second hardware event. At the company’s Worldwide Developer Conference earlier this year, it outlined plans to transition to Apple-built processors for the entire Mac line. The first Macs to include the so-called Apple Silicon chips, Apple said, would be released by the end of the year. Two models are expected to be launched, however, the most recent rumors suggest that Apple will hold them for a third event in November. But with these virtual events, you never know for sure.

A new Apple TV is also rumored to be in the pipeline. This device will have an upgraded processor, and will focus a little more on gaming. That said, most rumors indicate that the device will be launched in 2021.

Last but not least, Apple may be prepping a wireless charging pad. It may not quite be the dream of AirPower, but analyst Ming-Chi Kuo suggests that it will be a small charging mat that will likely support the iPhone. It’s unknown if it will also support the Apple Watch or not.