Battle for the end table: the Amazon Echo Show 8 vs. Echo Show 5 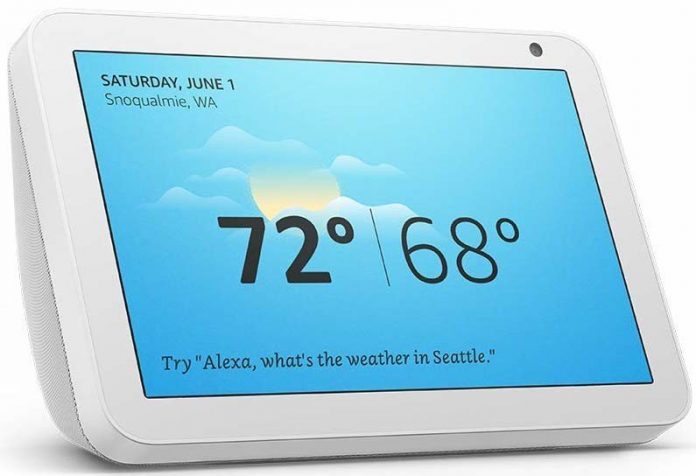 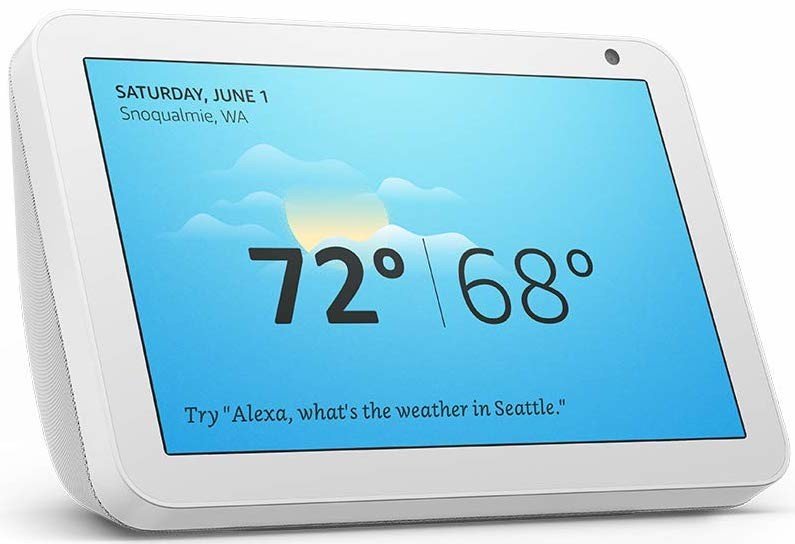 The Echo Show 8 has taken pretty much all that was good from the Echo Show (2nd Gen) and the Echo Show 5, and fit them into a perfectly-sized smart screen speaker. On-device privacy controls, a better screen resolution than the smaller Show 5, and better speakers make this a great buy. 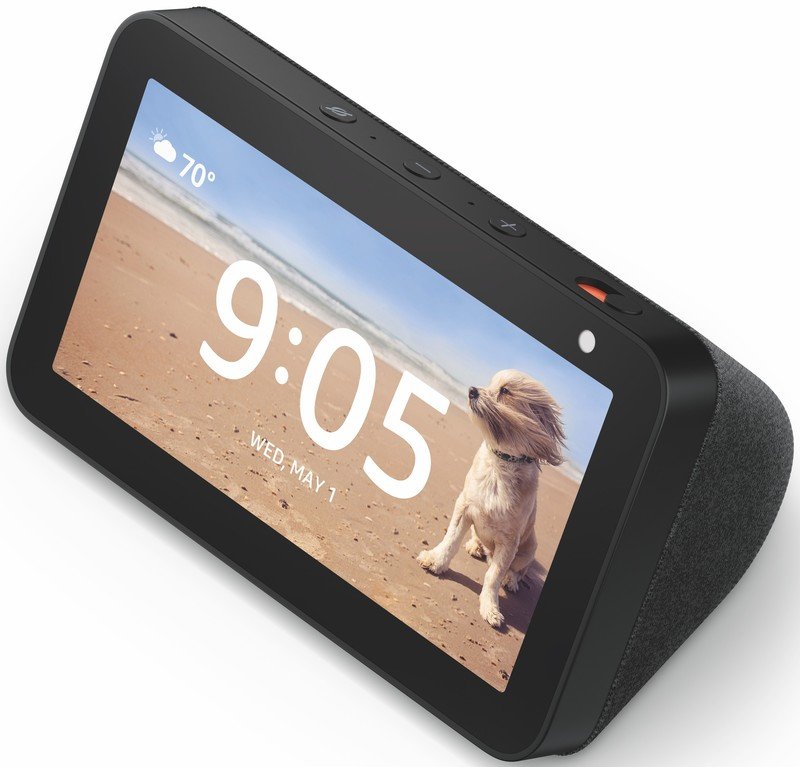 The Echo Show 5 changed the game for the Echo product line. It “showed” that Amazon could put a quality smart screen experience in a smaller package without sacrificing sound or security. It is the perfect companion device, but it may not stand alone if this is your only Show.

Amazon introduced the first Echo Show device in 2017 and followed up with a 2nd Gen product in 2018 that changed the design and made some improvements to the speakers. This design language was continued with the introduction of the Echo Show 5 in the spring of 2019. Following the success of that product, it was continued with the Echo Show 8. Now that Amazon has given us a three bears family of smart screen sizes, let’s take a look at the Echo Show 8 vs. 5 and see which middle child is our pick to be “just right.”

A lot of the features that the Echo Show 8 has were carried over from the Echo Show 5 so that the only significant differentiators are the screen and speaker sizes. Here is how they compare, stat for stat. 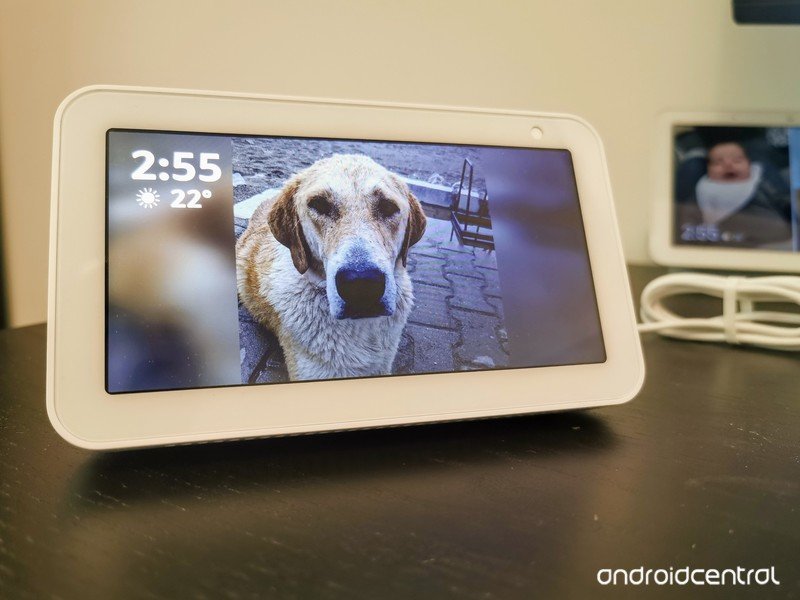 The Echo Show 5 filled a niche left vacant by the lack of an update to the REALLY small screened Echo Spot. It is a nice device that can be put in smaller spaces and serves as a great monitor for smart cameras or as a glanceable display for quick information. It’s not the best experience for viewing video content, though it is serviceable.

If what you want is a good Echo device for your bedside or office desk, you might be better off picking up an Echo Dot with Clock. True the speakers in the Dot are not quite as good as the Show 5, but the LED clock is less “in your face.” There is no camera to worry about (physical switch notwithstanding). Plus, the Dot with Clock is $25 cheaper than the Echo Show 5.

However, if you want a really nice side table or bedside Echo device with the ability to monitor your smart home security, get text responses to the weather and time, and catch a few videos, the Echo Show 5 is a great device. As we’ve said in other articles, the Echo Show 5 is priced to where it is almost an impulse buy, and like the Dots, it is often found bundled with other smart home products for even more savings. 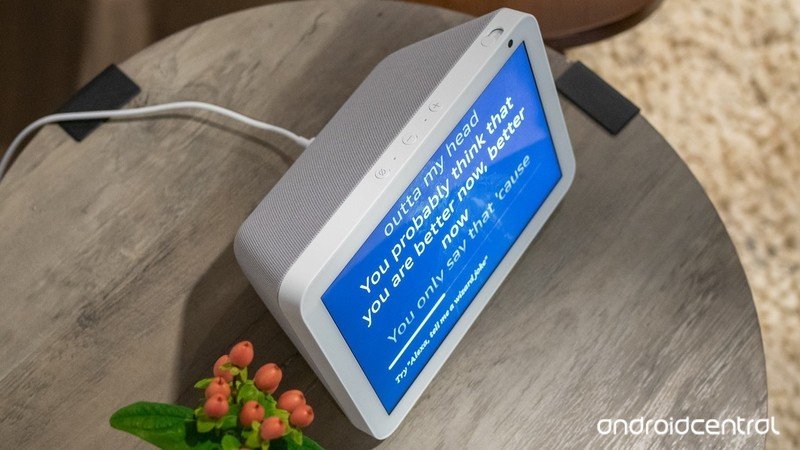 We have been calling the Echo Show 8 the Goldilocks of smart screen devices for a reason. Not only does it sit physically between the Echo Show (2nd Gen) and the Echo Show 5, but it seems to have made the right tradeoffs when it comes to its specs between those devices.

It has a larger screen and additional speaker over the Show 5, and it has the physical shutter/mute switch that the larger Show (2nd Gen is lacking). However, neither the Show 8 nor the Show 5 have as good of a camera as the Show (2nd Gen), with both sporting 1MP cameras vs. the 2nd Gen’s 5MP shooter.

The speakers on the Show 8 (two 2-inch speakers at 10W per channel) are still pretty good for its size and better than the single 1.7-inch, 4W speaker available on the Show 5. At 1280×800 resolution, the Show 8 also has a significantly better screen resolution than the Show 5 at 960×480, which should translate into sharper images on your videos and photos.

Echo Show 8 vs. Echo Show 5 Which smaller Show should you get?

Look, it is pretty obvious which Alexa speaker we think you should get here – the Echo Show 8. It’s not THAT much bigger than the Show 5 or THAT much smaller than the Show 10, but the size difference from its siblings is noticeable and meaningful in real-life usage. We do honestly think that the Show 5 is still a great device, particularly if you get it as a secondary smart screen. We appreciate that both the Show 5 and Show 8 have a physical camera shutter and a mute button for better privacy controls. Plus, both have on-screen access to the Alexa Privacy Hub so that you can take even more control of your digital privacy.

If you are still indecisive, do not worry! Amazon is offering a great bundle with both the Echo Show 8 and Echo Show 5 at a price that is still cheaper than the larger Echo Show (2nd Gen). Now you can try them both and see where they fit best in your home!

Meet me in the middle

Not too big, not too little

The Echo Show comes to a more natural size that’s easier to place than the 10-inch Echo Show but still comfy enough to watch recipes and videos on.

Your personalized portal to Alexa

The smaller Echo Show 5 was the first of this latest generation of devices to addresses many of the criticisms of earlier products, adding privacy-focused features, a great screen, and a good speaker — all in a convenient size!