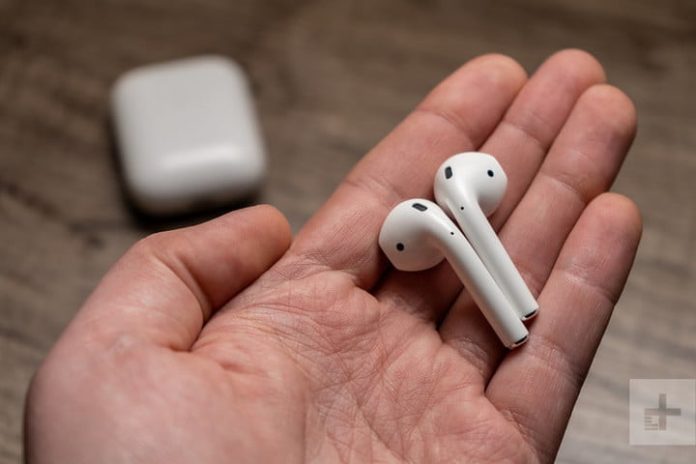 Black Friday and Cyber Monday are coming soon, and you can be sure that there will be high demand for Apple deals. Apple’s devices come at a premium due to their stellar design and groundbreaking technology, so you should jump at any opportunity to buy them at a discount. Fortunately, you don’t have to wait until November 27 to enjoy lower prices for Apple products.

Here are some AirPods deals, Apple Watch deals, iPad deals, and MacBook deals, that are available right now on Amazon. There’s no assurance that there will be better offers on Black Friday and Cyber Monday for these devices, and even if there are any, there remains uncertainty that you will be able to take advantage of them because a lot of other people will race you to the check-out page. If you want to give these Apple products as gifts to your loved ones or as a reward for yourself this upcoming holiday season, you should click on the Buy Now button as soon as you can.

Apple started the wireless earbuds craze with the AirPods, which is on its second generation with the addition of the H1 processor for faster wireless connections. After a simple setup process to pair the wireless earbuds with your device, the AirPods automatically connects after you take them out of the charging case, and also senses when they are placed in your ears and when you take them out. Apple promises up to 5 hours of listening time on a single charge, and more than 24 hours of battery life for the AirPods when taking into consideration the juice that the charging case provides. You can buy the second-generation AirPods with a $30 discount that takes its price down to $129 from $159.

While the AirPods revolutionized wireless earbuds, the AirPods Pro took things up a notch. In addition to the features of the AirPods, which include easy setup and more than 24 hours of battery life including the juice from the charging case, the AirPods Pro also offer active noise cancellation to drown out external sounds, as well as transparency mode that does the opposite so you can still hear what’s going on around you. The AirPods Pro come with interchangeable silicone tips in three sizes so you can choose the best fit. The AirPods Pro‘s original price is $249, but it is currently sold for only $200 after a $49 discount.

The iPad is still going strong, with its eighth generation launching earlier this year. While Apple has rolled out other models, namely the iPad Mini, iPad Air, and iPad Pro, the base iPad remains the go-to choice if you want a tablet that simply works. The latest iPad, which features a 10.2-inch Retina display that is perfect for viewing documents and watching shows, is powered by Apple’s A12 Bionic chip, and supports accessories such as the first-generation Apple Pencil and the Smart Keyboard. The 32GB model of the eighth-generation iPad is being sold for only $299, for $30 off of its original price of $329.

The iPad Pro, the most advanced version of Apple’s tablet, released its fourth generation earlier this year. The device is geared toward artists and creative professionals with its A12Z Bionic chip and Liquid Retina display, but it will benefit anyone who loves to multitask and enjoys watching videos on a large screen. The 128GB model of the fourth-generation iPad Pro with a 12.9-inch screen is on sale for only $950, for a $49 discount from its original price of $999.

The MacBook Air is Apple’s entry-level MacBook, and it gives a glimpse into the MacBook lineup. The 13.3-inch Retina display with a resolution of 2560 × 1600 is better than the screens of most other laptops at its price point, and the quad-core processor is a necessary upgrade from its predecessors. The Magic Keyboard is one of the laptop’s main features, in addition to the Touch ID sensor and its very lightweight chassis. The Core i3 model of the 2020 MacBook Air is being offered with a $49 discount that takes it down to $950, from its original price of $999.