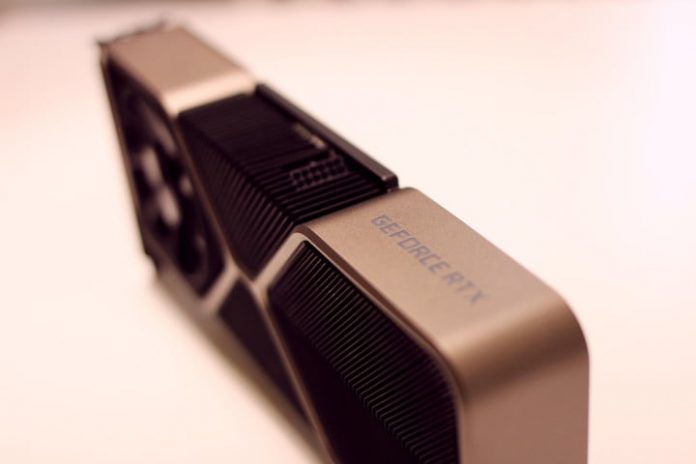 With the launch of PS5 and Xbox Series X only a few weeks away, AMD fans have been champing at the bit to see what team red has for PC gamers with its new RDNA 2 architecture. RX 6000-series GPUs are the answer, and they’re exciting. The new RX 6800 XT is positioned to challenge Nvidia’s recent RTX 3080, and at $50 less, it’ll save you a little money, too.

More importantly, though, AMD’s next-gen GPUs are arriving at an opportune time, as stock shortages persist for Nvidia’s latest cards. Historically, team green has always won the performance war, leaving AMD to compete on price. AMD may do both this time around, especially with the new features AMD is introducing into its RX 6000-series cards.

In this guide, we’re going to cover the RX 6800 XT versus the RTX 3080 so you know which card to pick up for your next build.

At the end of October 2020, however, the RTX 3080 isn’t in stock anywhere. Nvidia has struggled to get a handle on its 30-series launch, following reports of poor yields of the Samsung 8nm node powering Nvidia’s new cards. The RTX 3080 is sold out everywhere right now, and it’ll likely stay that way well into 2021.

Historically, TSMC — who’s behind the 7nm node in the RX 6800 XT — has been able to meet demand with high-volume manufacturing. Especially moving into the holiday season, AMD could steal back some significant market share from Nvidia if it can keep cards on shelves. The RX 6800 XT is already $50 less, and if AMD’s performance numbers are anything to go by, it matches the 3080 in a lot of games.

It’s hard directly comparing AMD and Nvidia GPUs purely based on specs, and that’s not changing with AMD’s new RX 6000 cards. That said, there are some aspects that are more comparable. We can see some stark differences between the 6800 XT and RTX 3080 in terms of memory. The 6800 XT has 16GB to the 3080’s 10GB, though Nvidia’s card uses newer, faster GDDR6X memory and has a wider memory bus, which gives the RTX 3080 a greater standard memory bandwidth.

AMD has a trick up its sleeve, though. Its new Infinity Cache accelerates memory bandwidth by a huge margin, delivering a potential memory bandwidth over twice that of the RTX 3080 in some scenarios.

According to AMD’s numbers, the 6800 XT matches the RTX 3080 at 4K in a number of games. It depends on the game, but AMD’s newer card is within a few frames. The 6800 XT beats the 3080 by about 10 frames in Battlefield V, for example, but lags behind a few frames in The Division 2. At 1440p, the gains are exaggerated in Nvidia’s favor, with Battlefield V shooting up to nearly 200 fps.

These are AMD’s benchmarks, so we’ll need to wait for third-party benchmarks to draw any real conclusions, but they are promising nonetheless.

Based on our testing of the RTX 3080, we know AMD’s competing numbers are at least close. In Battlefield V, the card reached 97 fps at 4K with Ultra settings, and 147 fps at 1440p. The 1440p numbers are a little high in AMD’s charts, though 4K performance is around what we’d expect. If the 6800 XT can match the performance of the RTX 3080, we could see AMD finally steal back some market share, especially if availability is better.

AMD is introducing two new features with the launch of RX 6000 GPUs that could further boost performance. Rage Mode is a new one-click overclocking tool built in to the Radeon software, allowing you to get the most out of your graphics card with minimal tweaking. The exciting new addition, however, is Smart Access Memory. AMD’s upcoming Ryzen 5000 processors can take full control of RX 6000-series GPUs. According to AMD’s benchmarks, using both can offer up to a 13% performance improvement at 4K.

This is highly dependent on the game, it seems. Although AMD showed off a 13% improvement in Forza Horizon 4, Doom Eternal only saw a 2% improvement.

Ray tracing and other features

AMD was quick to highlight hardware support for DirectX 12 during its RX 6000 reveal event, and follow-up reports have given us some idea about its potential performance. AMD includes a single of its Ray Accelerators on each compute unit, meaning the RX 6800 XT has 72 of them in total. Some third-party testing and AMD’s own numbers gives us a rough comparison of RX 6800 XT and RTX 3080 ray tracing performance, and the RTX 3080 wins handily.

This is still early days with only a single benchmark, but it suggests that the RX 6800 XT will perform better than RTX 2000-series GPUs in ray tracing, but noticeably worse than the RTX 3000 alternatives.

As we saw with Nvidia’s RTX 20-series GPUs, ray tracing takes a huge toll on performance, which is why Nvidia’s DLSS is such an important feature for it. AMD has promised a number of performance-enhancing features of its own, including variable-rate shading and contrast adaptive sharpening, but now DLSS alternative is yet ready to debut.

The RTX 3080 benefits massively from its support of the excellent DLSS 2.0 with its A.I.-powered Tensor cores. That gives it a significant advantage, for now.

Although we’re not quite there yet, performance to performance and feature for feature, AMD and Nvidia are almost on a level playing field. The RTX 3080 is likely to be the slightly faster and more featureful card for the time being, but with its terrible availability, higher price tag, and comparably weak memory configuration, the RX 6800 XT is a compelling alternative.