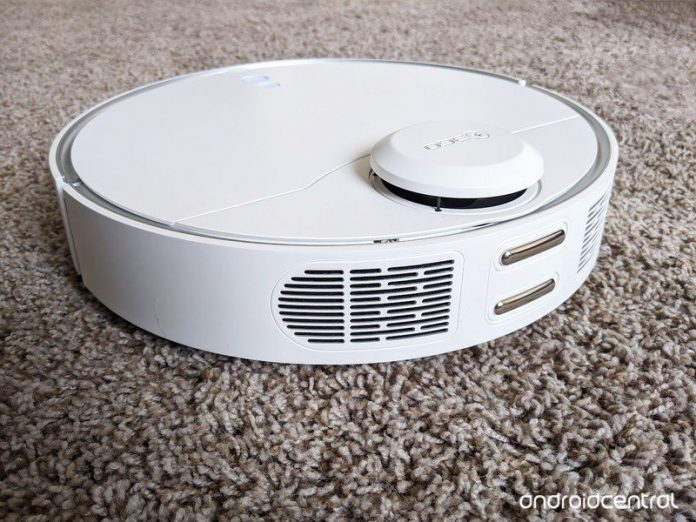 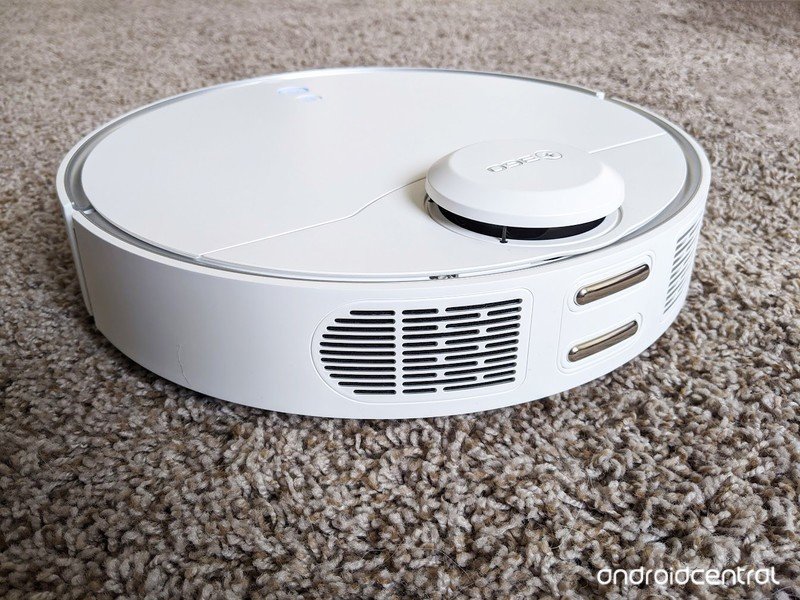 The water tank and dustbin capacity could be better, but it’s a great cleaner.

When it comes to buying a high-end robot vacuum, it can be hard to know which one to go with. After all, there are dozens if not hundreds of options on the market and you want to be sure that you’re getting the best robot vacuum for your needs.

I’ve spent the last few weeks testing the 360 S9 robot vacuum. It’s definitely not perfect, but it has one of the most intuitive and helpful apps I’ve ever seen. With its impressive suction, included remote control, and mapping abilities, it’s definitely a great option for any home. 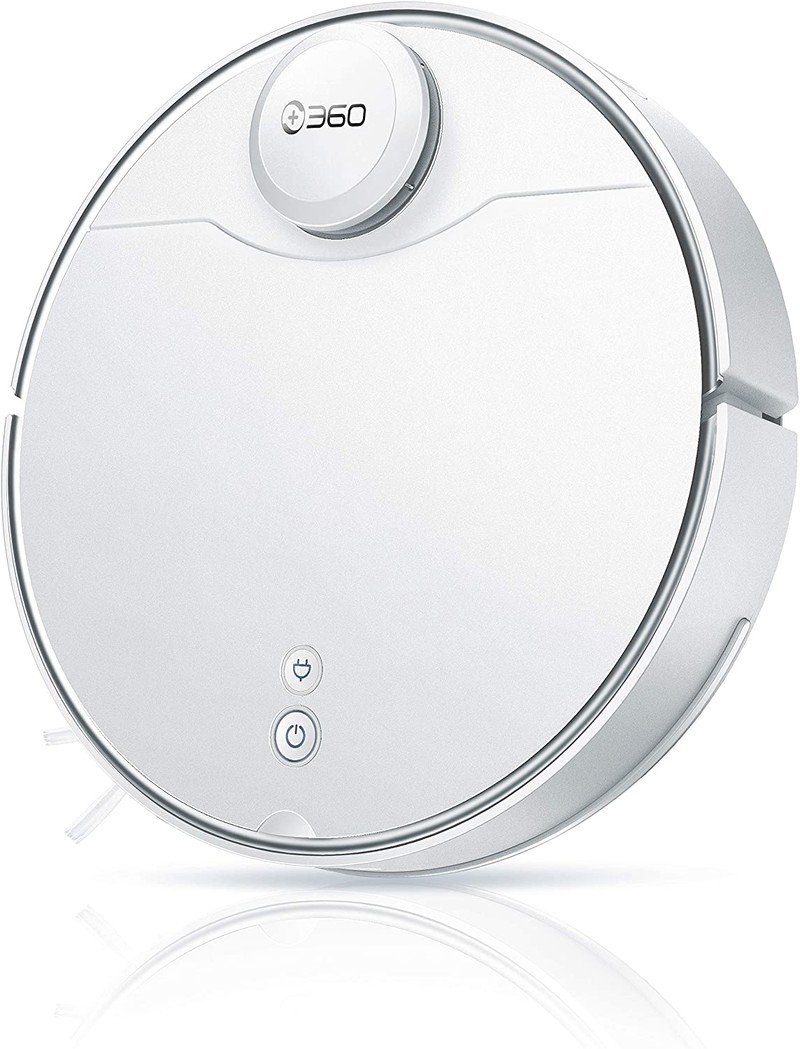 Bottom line: The dustbin and water tank are rather small, but this vacuum works really well by mapping your home, leaving perfect lines in your carpet, and allowing you to control it through the app. It’s a great option for any home. 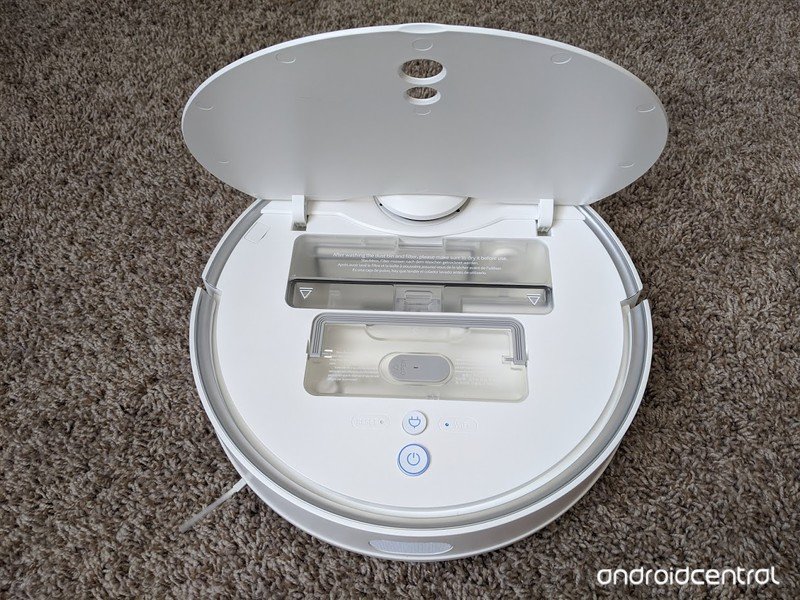 As with the best high-end robot vacuums, the 360 S9 cleans your floors in an orderly back and forth pattern and leaves perfect vacuum lines. The device also maps your home, allowing you to tell it exactly which rooms to clean and which ones to avoid.

The robot runs for up to 180 minutes if on its lowest settings, and when the battery gets low, it will run to the dock, charge up, and then resume where it left off. In all of the time that I spent testing it, it never got lost and only ever got stuck once when I accidentally left cables lying in its path. On top of that, it did an excellent job pulling in gobs dog and cat fur. That said, I did have to empty it more often than some other vacuums I’ve tested. 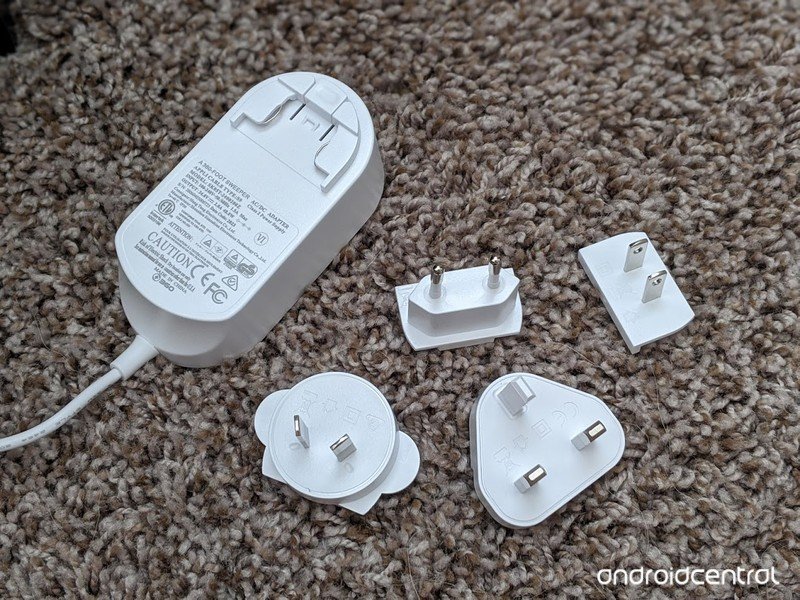 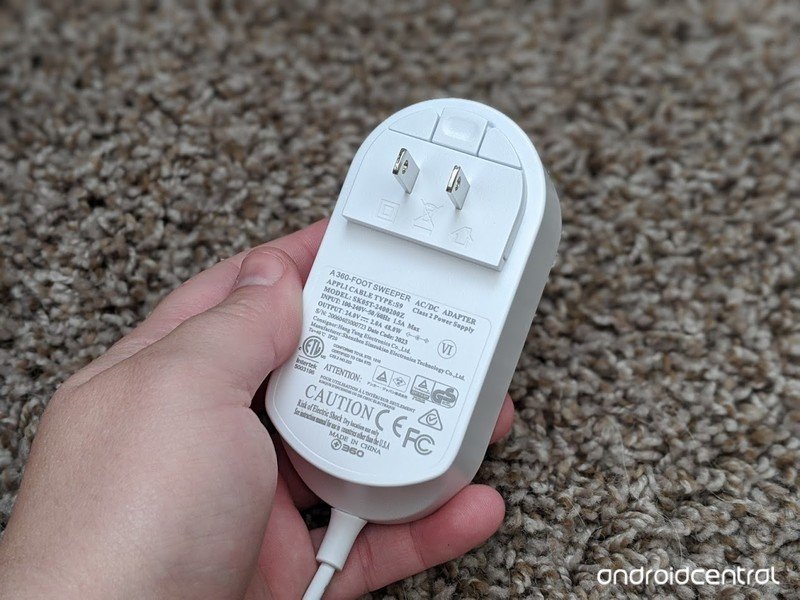 Something interesting is that the main plug works as a universal adapter. Simply slide in the contact points that work in your region and you can get it set up in no time. If you happen to be moving from one country to the next, you’ll likely still be able to use this vacuum wherever you go. 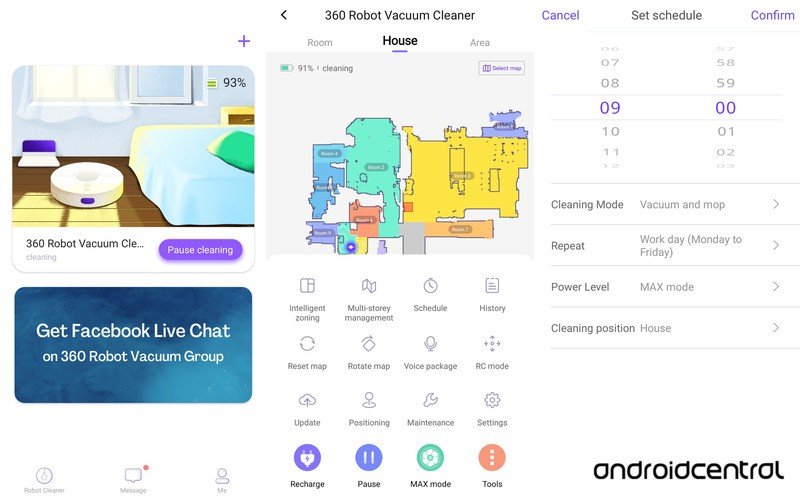 During one of my testing sessions, I realized that I’d forgotten to close a door in my house and the vacuum was cleaning a room I didn’t want it to be in. I picked the robot up and placed it in the hallway. Not only did the vacuum realize that it had been moved, but the app asked me if I wanted to mark that area as a no-go zone. With just a few taps I was able to set up a virtual barrier. 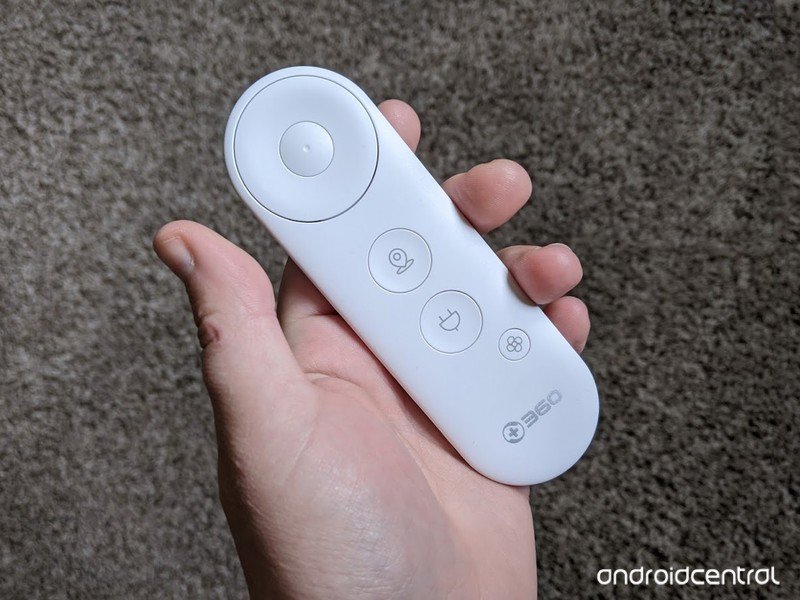 The app also lets me view the path the vacuum has taken while cleaning my home, lets me set up cleaning schedules, adjust the vacuum’s setting, and is just super intuitive to use. It automatically labeled different areas in my home, allowing me to create cleaning schedules where it only ever cleans specific areas of my house.

If you’re not interested in using an app, this robot also comes with a remote control which allows you to turn the vacuum on, manually steer it, or send it back to its dock. 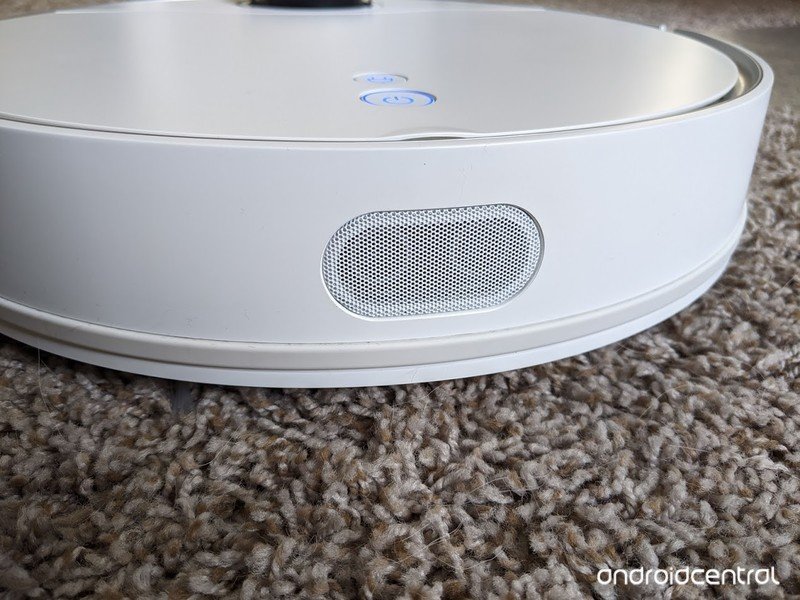 While I was seriously impressed by the vacuum’s app and controls, it is rather lacking in other areas.

If you’re using 5GHz Wi-Fi then you will not be able to control the robot with your phone. This is a pretty serious limitation for some folks. But once again, if you’re planning on only using the remote control anyways, then this won’t be a problem.

This vacuum is better suited for smaller houses or apartments with pet-free homes.

When it comes to robot vacuums, it’s best when they have a dustbin that’s 500ml or larger. This allows the machine to pick up plenty of debris without running out of space, thus making the vacuum function more efficiently when cleaning your home. If you’re someone like me who owns pets, then your dustbin will need to be emptied every day due to all the fur that gets sucked up.

Thing is, the 360 S9 only has a tiny 420ml dustbin and the water tank is especially small at only 200ml. That means you’re going to need to empty out the refuse and fill the water more frequently than many other vacuums in order for this machine to function properly. That being the case, this vacuum is better suited for smaller houses or apartments with pet-free homes.

Bad sound quality Either the speaker or sound files 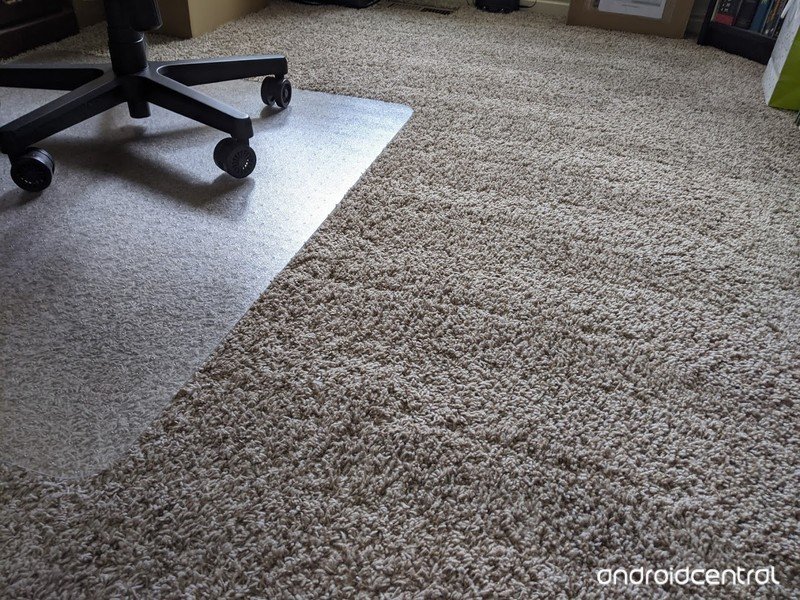 Now, I’m not entirely sure if it’s actually the speaker or if it’s the sound files associated with the vacuum, but whenever the robot tells me that it’s performing a task, I cringe a little. The voice sounds compressed and a bit muffled, making it hard to understand when it’s in another room. This has nothing to do with the actual performance of the vacuum, so if sound quality doesn’t bother you, this won’t be an issue. 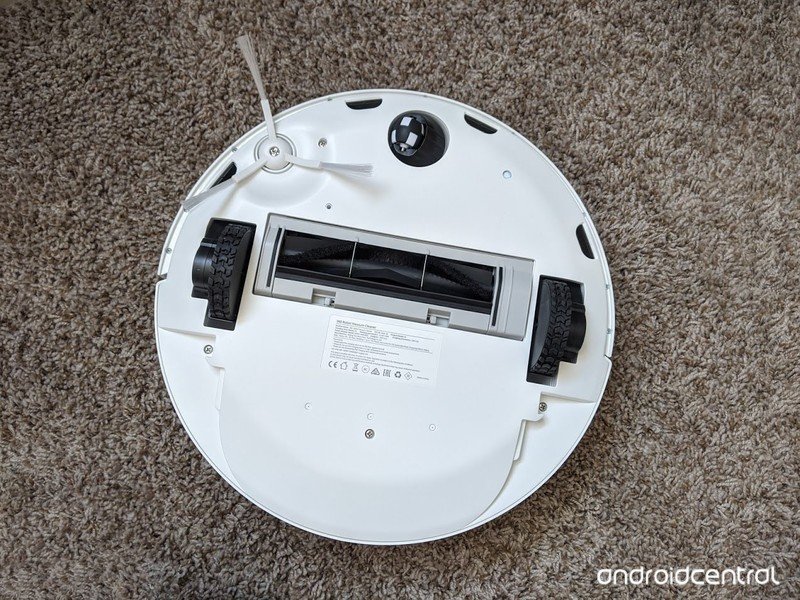 If the 360 S9 isn’t looking like the best robot vacuum for you home, you should check out these other options.

The Roborock S5 Max is a really impressive robot that’s in the same league as the 360 S9. It does an excellent job picking up pet fur and other debris while also tidying your floors in tight back and forth passes.

ECOVACS Deebot Ozmo T8 AIVI is a bit more expensive than the 360 S9, but it’s also a champion at avoiding obstacles thanks to its built-in camera. It supplies excellent suction and can even be used as a pet camera to check on your home while you’re away.

iRobot Roomba i7 is an intelligent machine that provides excellent cleaning. You can control it via the app

360 S9 Robot Vacuum Cleaner Should you buy it? The 360 S9 has one of the best robot vacuum apps I have ever seen. It’s super intuitive and allows you to make several customizations to your cleaning schedule and the vacuum settings. With it’s orderly back and forth cleaning style, it’s sure to mop and vacuum your floors clean.

If you’re only needing a robot vacuum to clean up a small area or don’t mind emptying out the dustbin on a regular basis then the 360 S9 is a great fit for you. Mind that the small dustbin will fill up incredibly quickly if the robot is tasked to picking up fur out of your carpets.

With an impressive app, powerful suction, and a pleasant-looking design the 360 S9 is a great unit for picking up debris around your home.