There’s a way to weaken hurricanes, but scientists say it’s too crazy to try 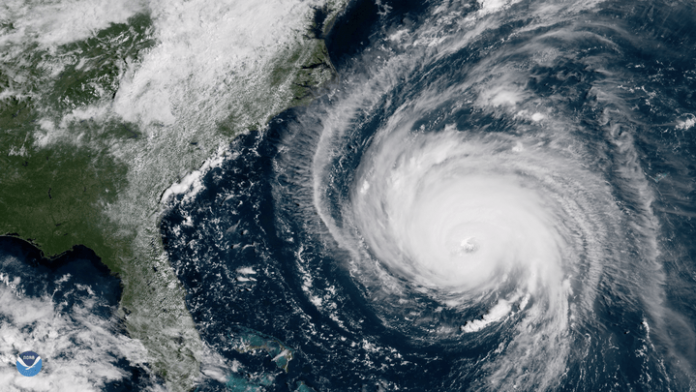 The United States is currently in the midst of what is expected to be a particularly active hurricane season. Anyone who lives in the regions affected by hurricanes will tell you that these storms are dangerous and costly, and climate change is making them more destructive. But what if there was a way to weaken them (without using nuclear weapons) and reduce their potential for harm when they make landfall?

Well as it turns out, there is.

Dust from the Saharan desert, sent aloft from wind currents, has been weakening hurricanes destined for the U.S. for centuries. Now, we’re not talking about the dust you find resting on your window sill. Much of this dust can be traced to a dried-up lake bed in a place called the Bodélé depression, which is in the country of Chad. There haven’t been any lakes in this region in over 10,000 years, but the remains of microorganisms called diatoms are a major part of this dust that is picked up by wind in the Sahara and that travels across the Atlantic to the Americas.

The hot air and dust that travels across the Atlantic is called the Saharan Air Layer. The dust helps keeps the air layer warm and dry because it absorbs heat from the sun. This layer has the dual effect of preventing developing hurricanes from picking up as much water from the ocean as they otherwise would and preventing sunlight from heating the water as much as it could.

“We see these dust storms the size of the lower 48 states during the summer every three to five days or so.”

“Basically, when the dust is floating over the Atlantic, it will interfere with the amount of solar radiation that’s coming in, so that can help to not necessarily lower the sea surface temperature but make it more difficult for hurricanes to get the needed heating to form,” Timothy Logan, an assistant professor of atmospheric science at Texas A&M, tells Digital Trends. “The second effect is how the dust interferes with cloud development. Of course, if you want rain or precipitation, you’re going to need clouds.”

Jason Dunion, a meteorologist at the University of Miami and a researcher at NOAA’s Atlantic Oceanographic and Meteorological Laboratory, tells Digital Trends that these dust plumes are gigantic and are monitored by satellites.

“Every summer these dust storms start to ramp up, and they start really ramping up in mid-June. The peak dust season is maybe mid-June to mid-August. We see these dust storms the size of the lower 48 states during the summer every three to five days or so,” Dunion says. “We’ve known about the dust for a long time — there are ship reports that go back to the 1800s — but with the satellite technology we have now, we can track these things not only off the coast of Africa but all the way across as they reach Texas, Florida, and Central America.”

Scientists have for some time been coming up with ideas for how we could geoengineer the planet to fight climate change and the effects of climate change, including by sucking carbon dioxide out of the atmosphere or putting particles in the atmosphere that reflect sunlight. Considering that this dust weakens hurricanes, what if we just added more dust to this layer of air to choke hurricanes as they’re developing and prevent them from becoming so large?

“Any intentional manipulation of the weather or climate can have unintended consequences.”

The experts we spoke with said that this would likely be extremely hard to do and could have dire consequences. We don’t know exactly what would happen, they say, but there are many possible effects that would not be good.

“If there was more dust, would it matter? I don’t think we know for sure what having more dust would do other than it might help warm the layer even more, which could help limit things a little bit,” Dunion says. “It gets into this really uncharted territory.”

Logan says that hurricanes, though destructive, help bring water to rainforests and other places that need it. It’s important to note that rainforests absorb a lot of the greenhouse gases that are fueling climate change. If we started adding dust to this layer of air, we could end up destroying regions that rely on this heat and moisture and possibly end up contributing to climate change.

“Any intentional manipulation of the weather or climate can have unintended consequences, and even if we could fill the atmosphere with dust, which we can’t because no such technology exists, how would it affect air pollution and health of people breathing it, the ocean where it falls, and many other things we have not thought of?” Alan Robock, a climatologist at Rutgers University, tells Digital Trends.

The experts we spoke with agreed that if you want to prevent hurricanes from getting more destructive as climate change worsens, the best thing you can do is decarbonize the economy. While it’s fun to imagine installing giant dust cannons off the coast of Africa to weaken these storms, it’s probably not feasible, and it could cause terrible effects that we can barely imagine right now.

It’s always tempting to look for a silver bullet that will solve the climate change problem more easily than fundamentally changing the way society operates, but it seems the difficult path is the path we’ll have to take.