Home News The new iPad Air may be a better pro iPad than the...
News 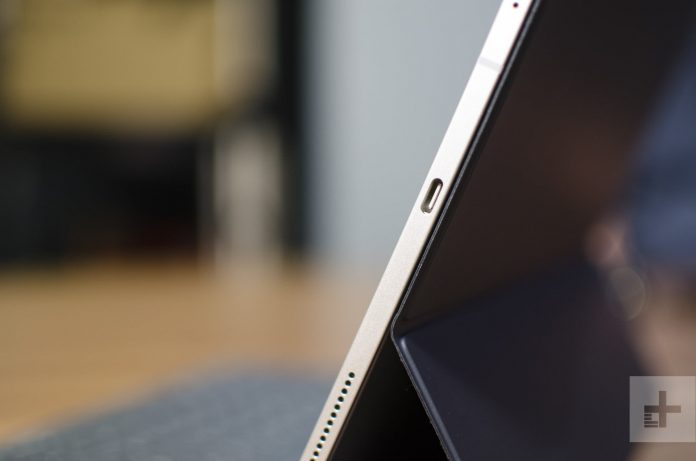 Just kidding, Apple didn’t release an iPad Pro — but the new fourth-generation iPad Air that it did launch seriously overshadows the still relatively new 11-inch iPad Pro in a number of ways. Depending on how you look at it, it’s a better tablet than the Pro, especially given the new 5nm processor and $200 cheaper price tag.

The new iPad Air represents such good value compared to the iPad Pro, that the Air is the pro-level model most should actually buy. Here’s why.

At first glance, you would be forgiven for assuming that the new iPad Air is simply a colorful previous-generation iPad Air with an edge-to-edge display. But the differences between the old model and the new model run far deeper than that, and seriously approach everything that users know and love about the actual iPad Pro.

For starters, there’s the new USB-C port. The new iPad Air is only the second non-Mac Apple device to offer a USB-C port, after the iPad Pro. This means that you can use external storage, dongles, and more, straight with the iPad itself and without the need for a Lightning adapter. And critically, it means you can charge with the same cable that MacBooks and just about every other laptop use.

It also adds support for all the accessories that help make the iPad Pro feel like a viable laptop replacement. For example, you can use the iPad Air with Apple’s new Magic Keyboard, and the second-generation Apple Pencil. That makes the device a great option for anyone who wants to turn their iPad into a super-portable productivity machine. And pros who need the Pencil, like graphic designers and artists, can use it without spending extra money to get the Pro’s ProMotion high-refresh-rate display that only some people care about.

There’s also the raw processing power. For the first time in Apple’s history, an iPad model has beat the iPhone to a new chipset generation: The iPad Air is the first device to feature the A14 Bionic processor, which is built on a 5nm process. Now, the Pro’s A12X is a powerful chip in its own right, and quite a bit more powerful than the standard A12 Bionic, so we’ll have to wait and see just how the A12X and A14 Bionic compare — but ultimately, you should be able to do everything on the iPad Air that you can on the iPad Pro without skipping a beat.

Of course, the iPad Air may match the iPad Pro in many areas, but the iPad Pro does still offer some more modern features. For starters, while the iPad Pro has the Face ID authentication system that iPhone users know and love, the iPad Air uses a more typical side-mounted fingerprint sensor. This will make signing in and paying for things online easy — but not quite as seamless as just having your face in front of the tablet.

Then there’s the biggest difference: The display. The ProMotion display on the iPad Pro is actually incredible, and unless you’ve used a display with a 120Hz refresh rate, you don’t know what you’re missing. The high refresh rate helps make animations look smooth, and the overall operating system feel more responsive. That said, for most, it’s probably not a make-or-break feature. Most don’t need a high refresh rate display — even if they really want one. And the high refresh rate doesn’t necessarily add other features that wouldn’t be available on other iPad models. It’s just a look-and-feel sort of thing.

Last but not least is the camera system. The iPad Pro features a LiDAR sensor that enables augmented reality (AR) apps. It’s a cool feature, and fun to play with — but until the iPhone offers a LiDAR sensor and there are a range of apps that actually support it and make use of it, almost no one really needs it. The iPad Air has a fine single camera for taking photos, and an upgraded front-facing camera for video calls — that’s what most people really care about.

In the end, everything boils down to one question: Is a ProMotion display, Face ID, and LiDAR camera sensor worth $200 more over the $599 iPad Air? For most, the answer is easy: “No.” But that should be what makes a Pro model a Pro model — the added features that only niche audiences will want. For too long, the iPad Pro has represented such a giant leap over other iPad models that it was the only real option for those who needed decent performance, and who were ditching their laptop in favor of an iPad, or who needed that awesome Apple Pencil 2 drawing experience. And they ended up spending a lot extra on many other things they didn’t need.

Now, you can get most of those advanced features, and a huge step above the base iPad, in the iPad Air. And it’s all for $200 less than before. The new iPad Air will be available for pre-order starting in October.

Facebook
Twitter
Pinterest
WhatsApp
Previous articleWith Fitness+, the Apple Watch is having its iTunes moment
Next articleThe new iPad Air may be a better pro iPad than the iPad Pro