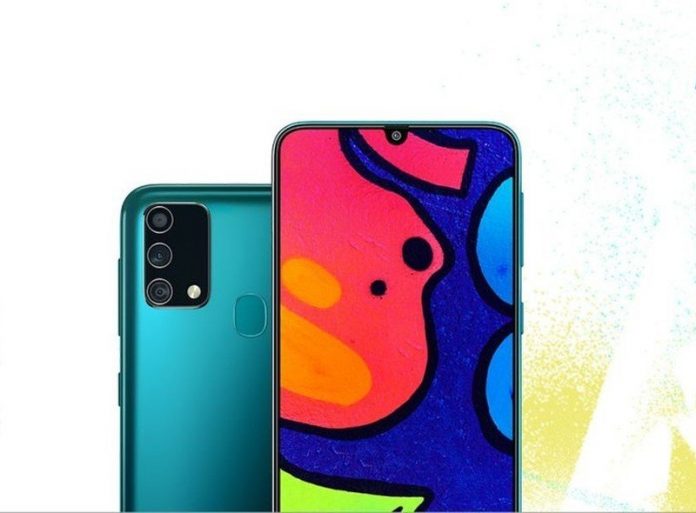 The phone is expected to be based on the Galaxy M31, which was launched in February this year. 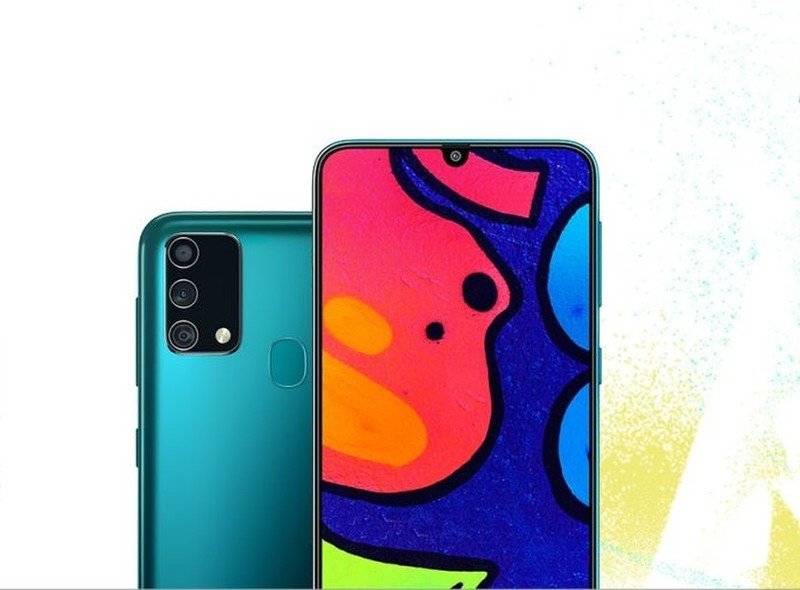 Last week, a report had revealed that Samsung will soon roll out a new line of camera-centric budget smartphones in India. Just a day later, the first Galaxy F series phone was spotted on the Google Play Console with a familiar design. Now, Walmart-owned Indian e-commerce giant Flipkart has confirmed that the Galaxy F41 will be launched in the country on October 8.

The teaser page for the Samsung Galaxy F41 confirms the upcoming budget phone will look a lot like the Galaxy M31. It will have a Super AMOLED display with a U-shaped notch at the top. Keeping the lights on will be a massive 6000mAh battery. We can also see that the Galaxy F41 has a triple-camera array on the back, along with a fingerprint scanner.

Although the rest of its key tech specs haven’t been confirmed yet, previous leaks suggest it will be powered by an Exynos 9611 chipset, paired with 6GB of RAM. As for the pricing, the Galaxy F41 is tipped to be priced between ₹15,000 and ₹20,000. 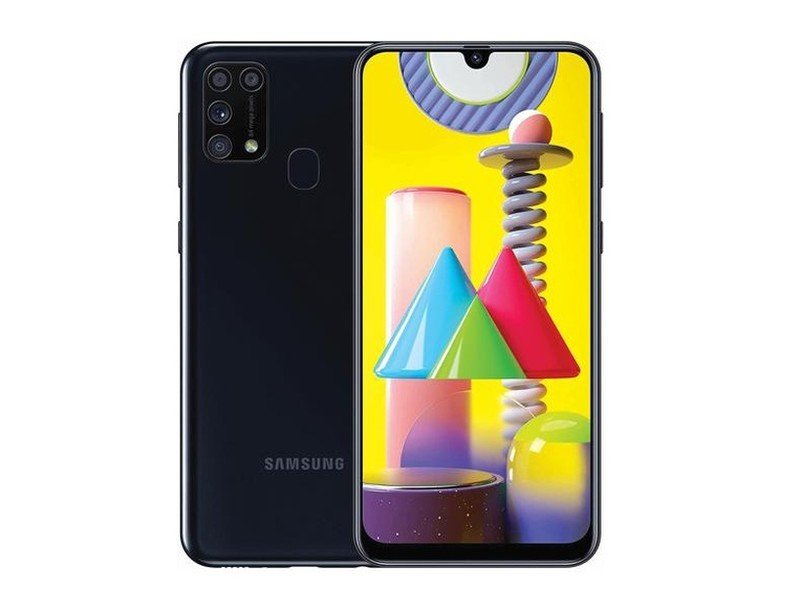 Samsung Galaxy M31 may not be the best budget phone on the market, but it does offer fantastic battery life and comes equipped with a 64MP primary camera. It also has a 32MP selfie camera and an Infinity-U Super AMOLED display.

The best cases for your Samsung Galaxy S20 Plus

The Samsung Galaxy S20 and its S20 Plus counterpart are some of the most gorgeous phones on the market. Comprised from metal and glass, they are eye-catching and stunning, but they can be a bit slippery.SEE: Samsung Phone Buyer’s GuideIf you’re worried about getting scratches and scuffs on your beloved phone, you’ll want to protect it with a case. Here, we’ve gathered up some of the best cases for the Samsung Galaxy S20 Plus. Some are fashionable, others are ultra-thin, and others are tough and rugged.Best Samsung Galaxy S20 Plus CasesCase-Mate Tough GrooveDon’t be fooled by the flashy colors. This iridescent case is stronger than it looks and can withstand drops from up to 10 feet. The raised grooves provide a tactile feel that’s easy to grip and still allows for wireless charging. $40 at Case-MateCaseology ParallaxAvailable in four bold colors, this one has military grade levels of protection. Compatible with wireless charging, it’s slim and secure and the patterned back provides a great ergonomic grip. $25 at CaseologyCatalyst Impact Protection For those whose lifestyle is a little more rough and tumble, the Catalyst is a non-slip rubber case with air cushion protection. It’ll survive big drops without a breaking a sweat; the lanyard attachment keeps it close at hand. $40 at CatalystGear4 Battersea This unassuming case is on the thinner side but it’s got drop protection up to 16 feet. The secret is in the D3O tucked along the edges. We like the textured back as it provides just enough grip to make sure you don’t let it go. $50 at ZAGGGriffin Survivor Strong Slim and tapered, the case fits your hand nicely, standing up to scratches and scuffing. Choose from three colors, but go with the clear one if you want to show off your Galaxy S20. Sleep easy knowing it meets or exceeds MIL-STD-810G ratings. $30 at GriffinIncipio Organicore Offered in five earthy colors, this eco-friendly case is 100% biodegradable; it’s made from plants. Not to worry, though, you can still charge up wirelessly and the phone can even take a drop from up to six feet. $40 at IncipioMNML You picked out a beautiful phone so why hide it and put some case maker’s branding on it? This is exactly what the name implies – it’s minimal and void of any unwanted logos. Crazy thin and sold in four colors, it’s backed by a two-year warranty. $27 at MNMLOtterbox Symmetry Likely the first name anyone thinks of when it comes to serious protection, this line has been around the block. Black is always cool, but the Stardust Glitter design lets you show off the color of your phone and adds a little sparkle to it, too. Tried and true, it comes with a lifetime warranty. $50 at OtterboxPoetic Guardian One of the more affordable options listed here, you’ll find five colors to accent your beloved handset. Scratch-resistant, it holds up to drops and impacts, but it’s still thin enough to support wireless charging. $19 at PoeticSpeck Presidio Pro Soft to the touch and slim, it’s like an extra layer of skin on your phone. An extra layer that lets you tumble from up to 13 feet and won’t complain about scrapes, that is. Pick from four colors, each of which is subtle and understated. $40 at SpeckSpigen Slim Armor Flexible, thin, and easy to grip, you’ll barely notice it’s there. That is until you knock it off the table. Not to worry, though, it’s tougher than you are. Bonus points for the built-in kickstand. $40 at SpigenTech21 Evo Check This semi-transparent case lets you show off the color of your phone with an interesting pattern. The germ-killing coating on the exterior is helpful in times like these. Mix and match buttons let you personalize the case to your liking. $40 at Tech21Totallee Super Thin About as light and thin as cases come, there are no branding or logos in sight. The matte black keeps things professional but the transparent clear lets you show off the color of your phone. Supported by a two-year warranty and 30-day return policy. $35 at TotalleeUAG Plasma Series One of the tougher looking cases found on this list, it boasts an armor shell with an impact-resistant core. Oversized buttons make it easy to locate without fumbling. Sold in two colors, it has a honeycomb design which accents your phone in just the right way. $40 at UAG
Read more

AT&T Wireless is currently the third largest wireless carrier in the United States, providing service to more than 92 million subscribers. You’ve no doubt seen its advertising campaigns and promotions over the years. But how much do you truly know about AT&T?Did you know, for instance, that it provides its own prepaid service or that it licenses its network to other companies?Here, we’ll help spell out some of the details worth knowing as it pertains to AT&T. Read on for information about the carrier’s rate plans, features, 5G, and phones.Rate PlansGone for the most part are plans with set amounts of data. AT&T now offers a number of “Unlimited” options, each of which includes unlimited talk and text and access to 4G LTE and 5G networks.Customers can choose from three main options: Unlimited Starter, Unlimited Extra, and Unlimited Elite. Prices start as low as $65 for a single line.AT&T’s three Unlimited plans shake out as follow:Unlimited Starter: Unlimited talk, text and data for US, Canada, and Mexico, unlimited texting to 120+ countries, spam and fraud call blocking, and SD video streaming. Data is slowed if the network is busy.Unlimited Extra: Everything in the Unlimited Starter plus 50GB premium (not slowed) data, 15GB hotspot data, safe browsing, and identity monitoring.Unlimited Elite: Everything in the Unlimited Starter plus 100GB premium data, 30GB hotspot data, HD video streaming, HBO MaxCustomers with multiple lines can mix and match the various Unlimited Your Way options, giving each user their own specific features. The more lines you have on an account, the cheaper each one is per month.Mobile ShareAT&T does have an option for those who don’t want or need unlimited data. Called “Mobile Share”, it give subscribers 4GB of data per line with most of the other features in the Unlimited plans. Pricing starts at $50 for one line with discounts available for multiple lines.Device PlansAT&T offers a few options for customers who need coverage for their smartwatch, tablet, hotspot, laptop or even car. These device plans start as low as $10 per month for wearables and go as high as $25 per month.$10 per month – smartwatches$20 per month – tablets, connected car$25 per month – vehicle health monitoring and location based servicesDiscountsYou may qualify for a discount through AT&T as the carrier offers savings to a variety of professions and backgrounds. Moreover, different employers, schools, and organizations may have their own savings and benefits through the “Signature Program“.TeachersNurses & PhysiciansMilitary & VeteransFirst Responders5G NetworkAT&T has two versions of what it terms 5G for its network. The standard 5G is more or less an evolution of the LTE network and is offered “nationwide”. The 5G+ network is slowly spreading across the country and hitting major markets is incredibly fast with lighting quick downloads and uploads and very low latency. Learn more about AT&T 5G here.5G PhonesAT&T has a rapidly growing list of phones designed to support its 5G network. Depending on current promotions you may be able to find discounted or even free after trade-in.READ: Samsung phone buyer’s guideNoteworthy 5G-ready models include the Samsung Galaxy S20 Fan Edition, Galaxy Note 20, and the Galaxy Z folding phones. There are also options from LG and Motorola.It’s also possible to bring your own device to AT&T, provided it is a GSM phone or universally unlocked device.Check out our guide on which are the best phones at AT&T.
Read more

Has Xiaomi found the perfect price-to-performance balance with the Mi 10T Pro? Read to find out!
Read more