Samsung Galaxy Z Fold 2 vs. Galaxy Z Flip: Should you fold or flip? 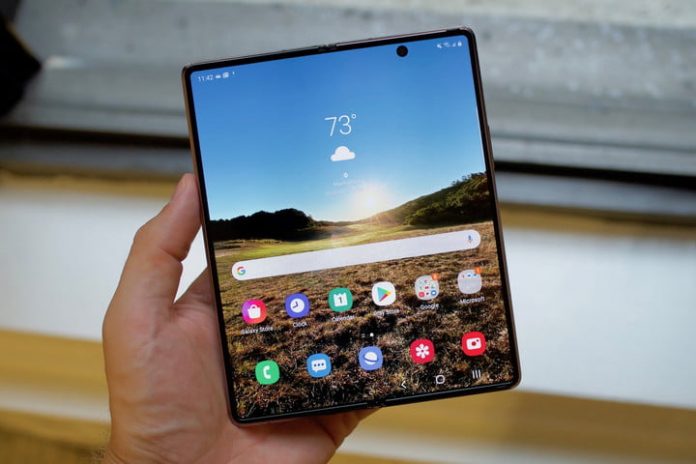 The Samsung Galaxy Z Fold 2 is Samsung’s latest (and arguably greatest) foldable smartphone, being the souped-up and more durable successor to last year’s Galaxy Fold. It also succeeds this year’s Galaxy Z Flip, which took the foldable smartphone format and flipped it on its head, swapping the vertical folding of the Galaxy Fold for some nifty horizontal action. It also provided a smaller, more comfortable alternative to the larger Fold, making it easier to carry around and use.

The Z Flip and the new Samsung Galaxy Z Fold 2 improve on the blueprint laid down by the original Galaxy Fold, but which one is the best Samsung foldable for 2020? In this article, we place the two devices in a rigorous head-to-head. We compare their displays, designs, performance, cameras, software, and special features, looking to see which one is the better device overall. Both are great, but only one can be Samsung’s foldable champion.

They may both be classed as foldables, but the Samsung Galaxy Z Fold 2 and the Galaxy Z Flip look very different. The Z Fold 2 is big and bold, taking the angular chrome design of the Note 20 and placing it in a larger foldable body. It looks impressive when unfolded, and it looks sharp and modern when folded, resembling the Note 20 and S20 with its choice of colors (Mystic Bronze and Mystic Black). By contrast, the Z Flip looks more like a normal smartphone, despite the ability to fold in half horizontally, so that its length (rather than its width) is cut in half. Even though it is smaller, the ability to flip it into a discreet little half-phone may be more appealing for some.

The Galaxy Z Fold 2’s inner touchscreen measures at an impressive 7.6 inches, while its cover display comes in at 6.2 inches. By contrast, the original Flip’s unfolded display is only 6.7 inches, while you’re left looking at a miniature 1.06-inch Super AMOLED screen when you fold it. People who prefer bigger screens may be left disappointed, but it’s worth pointing out that the Z Flip’s main 6.7-inch Dynamic AMOLED touchscreen offers more pixels per inch than the Z Fold 2’s, with 425 ppi compared to 373 ppi. This may give it a slight edge in terms of display sharpness, although the Dynamic AMOLED 2X technology of the Z Fold 2 should mean that it’s basically just as vivid and crisp, particularly when it boasts a 120Hz refresh rate.

Both foldables are more durable than the original Galaxy Fold, which did have a number of screen issues. Each of them is fitted with Samsung’s latest UTG (Ultra Thin Glass) foldable screen technology, which has proven itself to be more durable and robust than the material used on the first Fold. They’re also equipped with tiny bristles, which are intended to clear debris away and stop dust from entering the phones. This should, in theory, make both more durable than the first Fold, though tests have shown that exposure to excess dust can be damaging for the Z Flip.

This makes sense, since both phones lack an IP68 rating, indicating that they may not be capable of coming out unscathed from submersion in water or dust. Since neither appears to have an advantage in this respect, and since both phones are aesthetically attractive in their own respective ways, we’re calling this opening round a tie.

The Samsung Galaxy Z Fold 2 and Z Flip offer flagship-level performance, although the Z Fold 2 can lay claim to having better internal specs. It runs on a Qualcomm Snapdragon 865 Plus, the same high-end processor used in the Note 20 Ultra. The Z Flip uses the Snapdragon 855 Plus, which is certainly no slouch but won’t have quite the same output as the newer processor.

This likely means that the Z Flip won’t operate quite as speedily and smoothly as the Z Fold 2, particularly when the Fold 2 houses 12GB of RAM compared to only 8GB. Both phones have the same amount of internal memory as standard, although you can buy a 512GB version of the Z Fold 2, for a higher price.

The Galaxy Z Fold 2 also has a beefier battery, at 4,500mAh compared to 3,300mAh. Some of this extra capacity won’t be noticeable, due to the Z Fold 2 having a larger screen and making larger demands on its battery. Still, the difference is big enough that you will likely find that the Z Fold 2 lasts a little longer than the Z Flip before needing a recharge. Another plus for the Z Fold 2 is that it supports fast charging at 45W, while the Z Flip only manages 15W.

Unlike in the previous round, it’s clear that the Z Fold 2 offers noticeably improved performance in this case. This is a win for the newer device.

Here’s another instance where the Z Flip has strong specs in its own right, but the Z Fold 2 just goes one step further. Compared to the dual-lens setup of the Z Flip (a 12-megapixel wide lens and 12-MP ultrawide), it offers a triple-lens rear camera featuring a 12MP wide lens, a 12MP ultrawide, and a 12MP telephoto.

Admittedly, better camera specs don’t always result in better photos. We found the Z Flip has a versatile camera phone, capable of taking nice photos in most situations (although it struggles a little in low light, like other Samsung smartphones). We also found that its lack of a telephoto lens doesn’t particularly disadvantage it, since it’s capable of taking good shots at 2x optical zoom that will suit most purposes. Still, a review of the Z Fold 2 might find that the presence of a telephoto lens does make it a tad more useful, so we’ll see.

Things are also fairly even when it comes to video. Both smartphones are capable of shooting 4K video at 60fps, which is still pretty much as high-end as you can get right now (apart from the 8K capabilities of the Note 20 Ultra).

Without fully testing the Z Fold 2, it’s hard to tell their two camera systems apart. For now, this round is a draw.

The Galaxy Z Fold 2 and Galaxy Z Flip both operate using One UI 2 OS, Samsung’s own proprietary Android 10 skin. This makes one-handed use of either smartphone easier, while it also simplifies the user interface compared to One UI 1 and other Android 10 versions. It’s also one of the more vibrant and colorful Android systems, while offering a high level of customization.

The Z Fold 2 and Z Flip aren’t likely to receive new updates as quickly as other phones, since Samsung hasn’t always been the quickest in rolling out new versions of One UI 2. That said, it has been getting better at this recently, so it’s not as bad as some Samsung detractors would have you believe.

This round is an obvious tie, since both phones run on identical software.

The Samsung Galaxy Z Fold 2 and Galaxy Z Flip are both foldables, so their main special features is the ability to fold in half. The only difference is that the Z Fold 2 folds across a vertical axis (so that its width cuts in half), while the Z Flip folds across a horizontal one (so that it becomes half as tall). It’s arguable as to which way is more “special,” although the size of the Z Fold 2 effectively means that it’s a tablet and smartphone in one.

The Z Fold 2 also offers a minor upgrade with its folding mechanism. Its hinge can stop at angles between 75 and 115 degrees, letting you use it like a small laptop.

The Z Fold 2 also has another special feature: It supports 5G as standard. The Z Flip doesn’t offer this, although it can be bought as a 5G version (which comes with the more powerful Snapdragon 865 Plus processor), for about an extra $100. This gives the Z Fold 2 another slight advantage, preparing it for a time when 5G networks cover most developed areas of the world.

The Galaxy Z Fold 2 starts at $2,000. It’s available to pre-order from Samsung from September 2 and will be supported by all major carriers.

It may be about $500 more expensive, but the Samsung Galaxy Z Fold 2 is a better smartphone overall than the Galaxy Z Flip. Both phones look great in their own respective ways, while they both have strong cameras and user-friendly software. However, the superior performance and battery of the Z Fold 2 puts it ahead of the Z Flip, while the default support for 5G and its ability to be used as a tablet also give it an advantage.

Of course, $500 is a considerable amount of money, so we have to make it clear that the Z Fold 2 wins only just, and only because it’s a more advanced smartphone overall. If you take price more into account, then you could just as easily say that the Z Flip is Samsung’s best foldable.

Facebook
Twitter
Pinterest
WhatsApp
Previous articleHP Labor Day Sale 2020: All the best deals, all in one place
Next articleFive iOS 14 features that make us excited for the iPhone 12