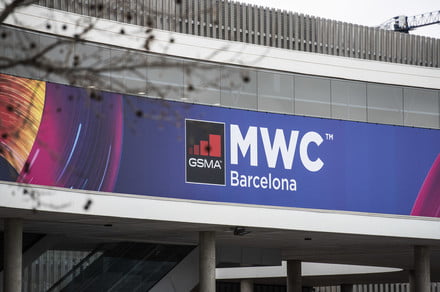 GSMA has confirmed it’s postponing the largest mobile trade show, Mobile World Congress, to late June 2021 due to COVID-19. Originally scheduled to take place in the first week of March, MWC 2021 will now be held between 28 June-1 July.

Unlike nearly every other tech event, however, the MWC 2021 is set to have in-person attendance. GSMA says that it will have “virtual elements to complement the overwhelming demand to convene physically.”

The Consumer Electronics Show, the biggest tech trade show that usually takes place in Las Vegas two months prior to the MWC, is set to be an online-only event in January next year.

“With a continuously changing global outlook and following consultation with our board and membership and our top exhibitors, we have taken the careful decision to reschedule MWC21 Shanghai in February, and MWC21 Barcelona in June,” Mats Granryd, Director General, GSMA said in a statement. “The health and safety of our exhibitors, attendees, staff and the people of Barcelona are of paramount importance.”

While the delay comes as no surprise as the pandemic grinds on and Spain faces its second wave of cases, GSMA’s plans still hinge on whether the world will be able to get the coronavirus in control in the next few months. Mobile World Congress was one of the first major casualties of the coronavirus pandemic when it was canceled entirely in mid-February, as the world first began to realize what it was facing.

Pau Relat, the president of Fira de Barcelona, the venue where Mobile World Congress takes place every year, said his organization supports GSMA’s decision and is “committed to making the best possible 2021 edition with an extraordinary participation of companies and visitors.”

It remains to be seen whether the mobile tech companies that generally announce their premier, new products for the year during the February-March period will adjust their timelines to participate in MWC 2021 as well. With most of them shifting to remote work indefinitely, it’s unlikely we’ll see a ton of marquee unveilings from the likes of Huawei and HMD Global.

As per Mobile World Live, however, GSMA’s CEO, John Hoffman, at a press conference in Barcelona, claimed about 78 percent of the 100 largest exhibitors have already confirmed participation at MWC21 Barcelona — including Ericsson, Huawei, and Nokia.

We’ve reached out to exhibitors like Huawei and Nokia for confirmation and we’ll update the story when we hear back.