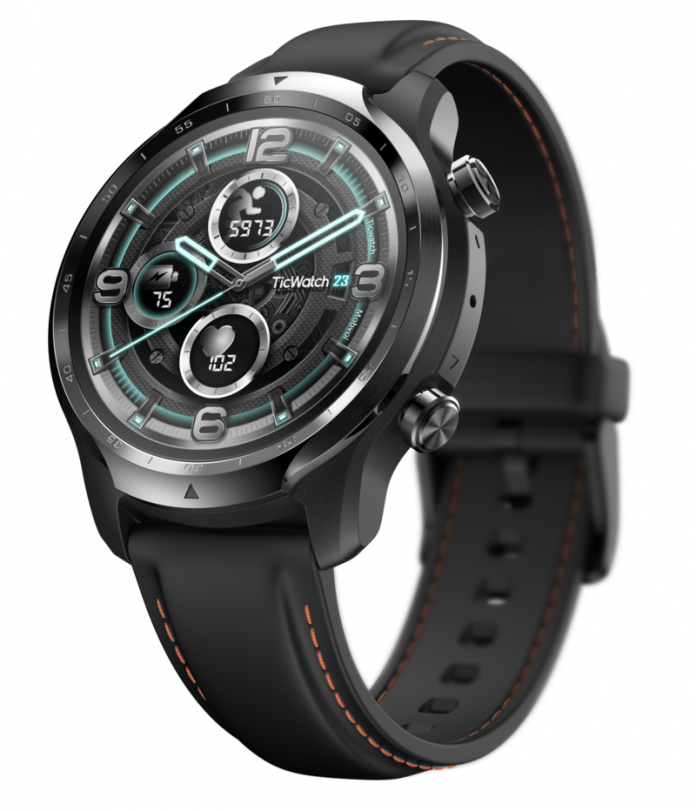 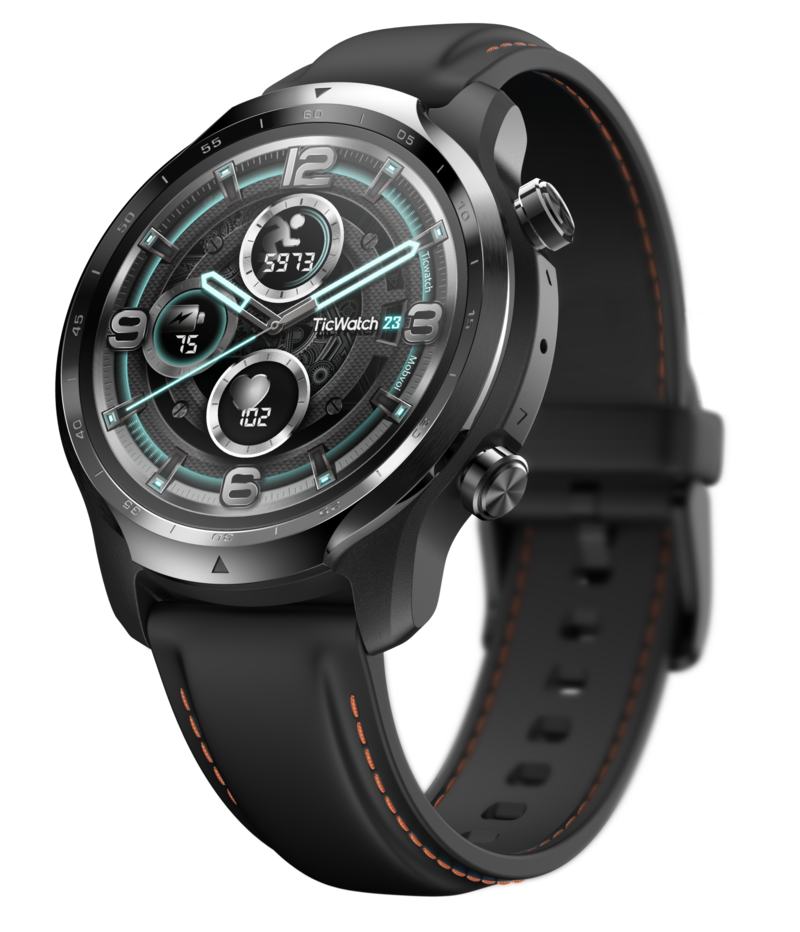 Mobvoi has a winner with the TicWatch Pro 3. It’s got fantastic performance from the Snapdragon 4100, improved and added health sensors, and the body of the watch has been trimmed down. If you like the TicWatch Pro 2020, the Pro 3 is an instant upgrade. 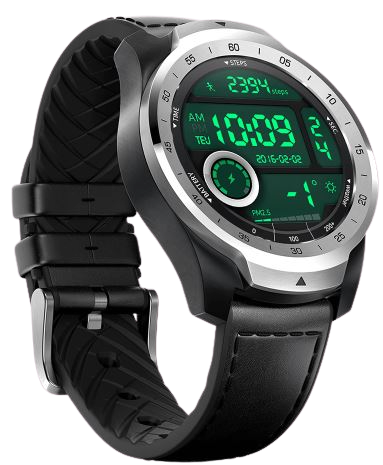 When the TicWatch Pro 2020 got its upgrade to 1GB of RAM, it made a world of difference. Though it’s still great when compared to older devices, it doesn’t hold a candle to the Pro 3. The dated 2100 processor chugs for basic tasks, and the heavy chunky watch feels like a rock in comparison.

With Mobvoi’s most recent flagship entry into the Wear OS smartwatch realm, it’s worth taking a look at the newest TicWatch Pro 3 vs. TicWatch Pro (2020). Though the latter has the 2020 moniker, the Ticwatch Pro 3 is the latest and greatest from the smartwatch maker. It’s the first to run the Qualcomm Snapdragon 4100 processor, but does this upgrade over the 2100 SoC really make a difference and is that all that’s to the Pro 3? 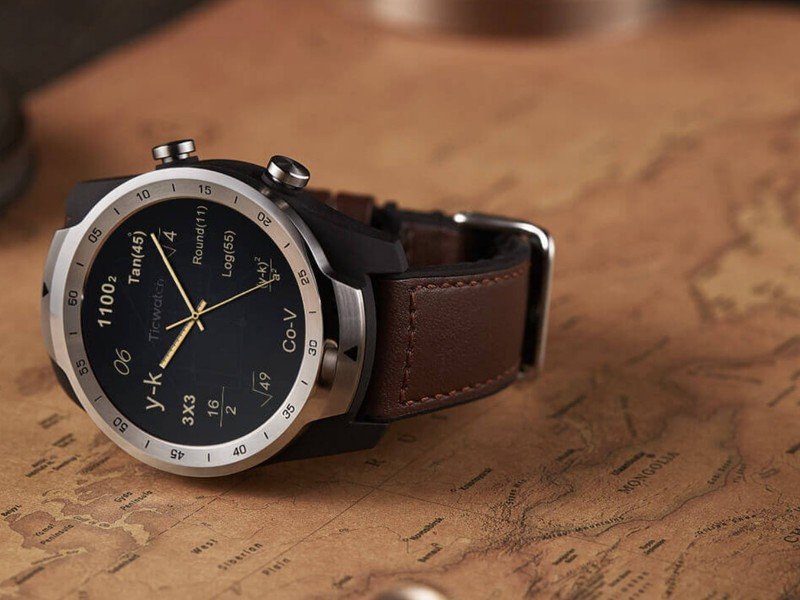 Previously, Mobvoi merely swapped out the processor and called it an upgrade, as was done when the first TicWatch Pro bumped up to 1GB of RAM and became the Pro (2020). In contrast, the Pro 3 is a complete overhaul.

When looking at the table above, you can see plenty of similarities and some stark differences. It may be difficult to fully grasp whether these differences actually stack up, but take it from us — they very much do. 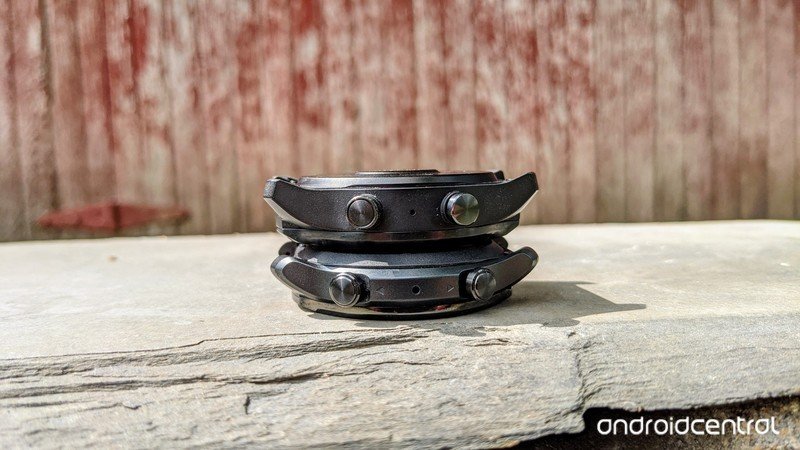 At a quick glance, it may not be all that apparent how different the watches genuinely are. Both the TicWatch Pro 3 and Pro 2020 share the same lineage in design with the metal and plastic casing, dual pushers on the side, and once powered up, each features a dual-layer display. However, upon closer inspection, and after using the watches, the TicWatch Pro 3 starts to outshine its predecessor.

Mobvoi has managed to enlarge the displays on the Pro 3 while at the same time making the watch thinner and way lighter. These changes don’t come at the expense of battery life either. The battery in the TicWatch Pro 3 is 40% larger than the one in the Pro 2020, and it really shows in practice. While running all of the health sensors (these have been upgraded too) with 24-hour tracking and nightly sleep tracking, I got easily three-plus days of usage before topping up on the charger. None of this means that the Pro 2020 has bad battery life by any means. It still gets two days of use but, when it comes to time between charges — more is better.

Even when turning off the low power LCD, I got nearly three days between charges.

Both of these devices sport a very good film-compensated Super Twisted Nematic (FSTN) LCD panel, which is reflective and transparent. This top layer screen offers high visibility in sunlight and low power consumption. However, the Pro 3 has a much-improved version. The Dual Display 2.0 has received some style changes, a live seconds counter, and a helpful backlight.

As much as the top layer display’s reflective nature is a benefit, it’s also an Achilles heel because the technology requires ambient external light to be seen. So the addition of the TicWatch Pro 3 backlight allows the low power display to be visible at the lift of a wrist. 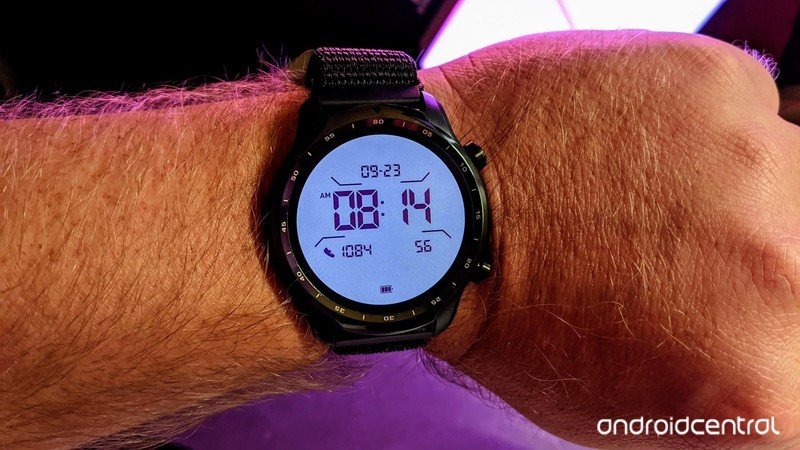 If the improved design and battery life weren’t enough, daily usability on the Pro 3 is significantly improved with the Snapdragon 4100. The 1GB RAM upgrade on the TicWatch Pro (2020) solved many of its speed problems, but the difference between the Snapdragon 2100 to 4100 is huge. The Pro 3 has the same 1GB RAM but switching between screens, opening apps, scrolling through text, all goes off without a hitch.

Using Google Assistant speeds things up even further. Accessing the digital assistant from your wrist makes sense. Not needing to pull out your phone to set a reminder, ask for directions, or a question should be low friction. However, it was still sluggish and, at times, downright frustrating to use on the TicWatch Pro (2020). The Google Assistant on the TicWatch Pro 3 is finally at a place that using it is as we have always wanted. 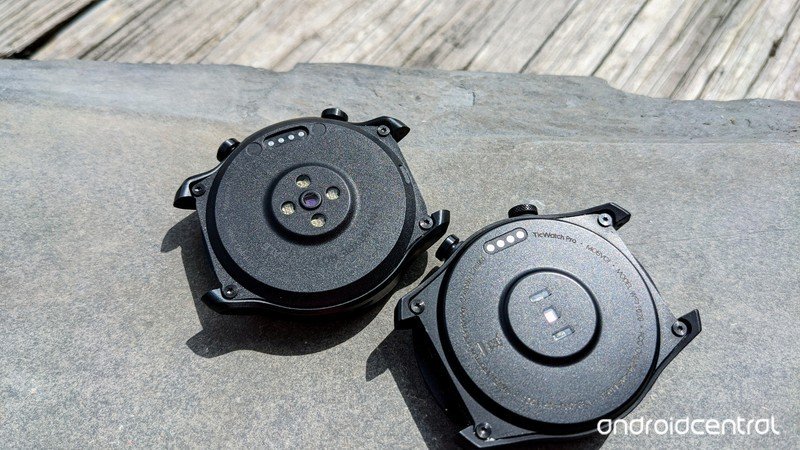 The older TicWatch Pro does a lot of the same things that the Pro 3 does, just not as well. In the case of some health-tracking features, it can’t do them at all. All of the sensors have been ugraded on the Pro 3, and Mobvoi also added in a barometer and a blood oxygen saturation (SpO2) sensor.

To go with those sensors, Mobvoi has built new apps to use them and refreshed existing apps. There’s also a new app called TicHear to help monitor and alert you of overly loud external noises around you.

While on the subject of software Google is rolling out an update to Wear OS this fall that will only improve much of the operating system’s daily use features. The TicWatch Pro 3 will be getting that update, but it’s unclear if the Pro 2020 will see it or not. 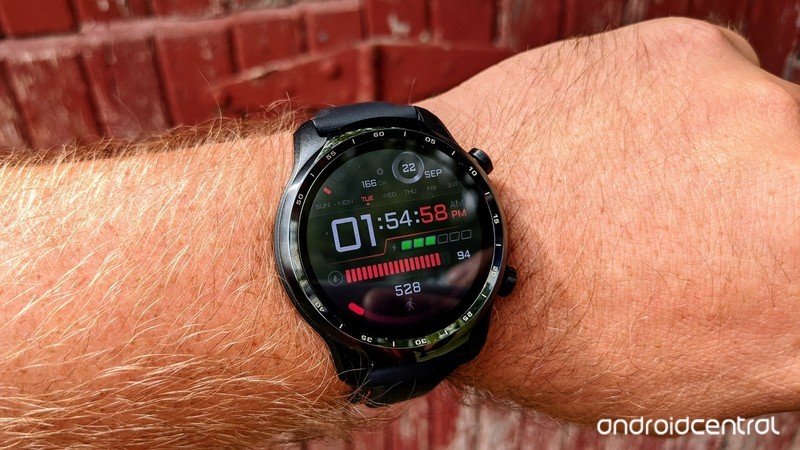 If you have the funds, you should absolutely consider an upgrade. The TicWatch Pro 3 enhances everything from the Pro 2020 and adds new features.

The watch might still be big, but it’s much lighter, thinner, way faster, and the battery extends even further than before. While there may have been times when accessing something on your TicWatch Pro 2020 would come with the anticipated delay after a tap, the Pro 3 removes that delay — making quick tasks a reality, on top of using Google Assistant as intended.

TicWatch Pro 2020 is still a good watch. It gets solid battery life, performance is improved over some older devices, and the Dual Display is wonderful. However, in comparison with the Pro 3, it’s not a fair fight.

Sporting the newest Qualcomm Snapdragon 4100 processor, the TicWatch Pro 3 flies through anything thrown at it. Bring that to a much-improved watch body, overhauled secondary display, its excellent battery life, and you’ve got a fantastic smartwatch.

Gets the job done

Next to the TicWatch Pro 3, the Pro 2020 feels dated. However, on its own, the smartwatch is a capable device. It has good battery life, a handy secondary display, and thanks to the 1GB of RAM, it performs admirably.