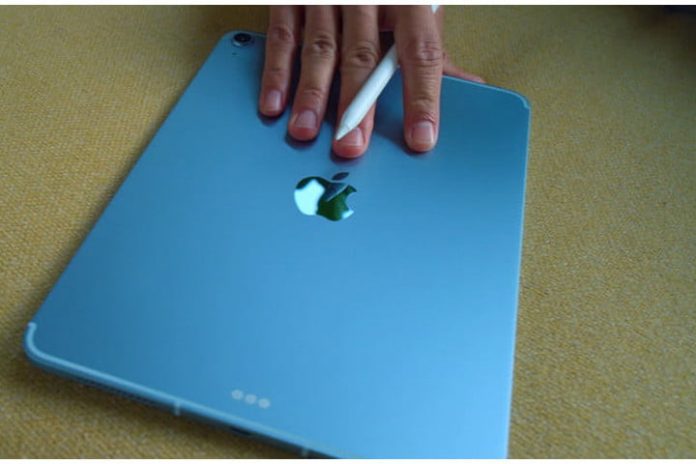 Apple finally unveiled the latest iPad Air 4 at its Time Flies event on September 15. Boasting Apple’s new A14 Bionic chip and support for the second generation of Apple Pencil and Magic Keyboard, could it be the best iPad yet? With the new iPad Air 4 expected to hit shelves in October, we compare the newest iPad Air with last year’s iPad Mini across six core categories to help you decide if you should splash out or save your cash.

No bones about it, the iPad Air 4 is a sleek beast that owes a lot to the iPad Pro, with its slim bezels and flat-edge design. It boasts a 10.9-inch Liquid Retina display with 2360 x 1640-pixel resolution and TrueTone technology that automatically adjusts the white balance for optimal viewing in different lighting conditions. In contrast, the iPad Mini sports a slightly outdated chunkier bezel design — the bezels stick out and there’s no edge-to-edge display. Its 7.9-inch Retina display has a 2048 x 1536 resolution and colors look vibrant — and it also boasts TrueTone technology.

They say good things come in small packages, and that’s certainly true of the iPad Mini, which is petite, making it easy to operate one-handed, for those of us with larger hands, at any rate. The iPad Air 4 is much larger, so it’s strictly two-handed operation only, but then you have the advantage of a bigger screen for media streaming or working.

The iPad Mini comes with an A12 Bionic chip, ensuring navigating the OS feels fluid, multi-tasking is seamless, and apps are quick to open. This is still one of the fastest mobile processors on the market, with a multi-core benchmark result of 11,096 on Geekbench 4. It’s worth noting the smaller screen and lack of Magic Keyboard compatibility make the iPad Mini more suited as a consumption device than one for productivity — and the smaller screen isn’t ideal if you’re planning on doing a lot of editing on Adobe Photoshop.

The iPad Air 4 is the first of Apple’s devices to get the A14 Bionic chip — the iPhone 12 should be the second Apple device to get this. Apple promises a 40% improvement in CPU performance from the six-core design, and a 30% increase in graphics performance, with the new chip allowing for better real-time online gaming.

Battery life is comparable for the two devices, with both the iPad Air 4 and the iPad Mini batteries lasting for around 10 hours on Wi-Fi and up to nine hours on cellular. However, if you plan to use the iPad Mini as a laptop replacement you might want to note we only got around four hours and 45 minutes out of the battery in our video playback test, playing a 1080p YouTube video over Wi-Fi with the screen brightness maxed. With moderate use, you should get a couple of days of use out of the battery in most cases.

Standby battery life on any iPad is better than most phones, but the difference between the two devices is most obvious when it comes to charging time. The iPad Mini is very slow to recharge, taking three hours to reach 100 percent from zero using the included 12W USB power adapter and Lightning cable. It does support fast charging, but you’ll need to pick up the cable and charger separately.

In comparison the iPad Air 4 has a USB-C port, so you can use your MacBook cable for charging. It comes bundled with a 20W USB-C charging brick and Apple promises up to 10x faster data transfer than with the Lightning cable.

Battery life is comparable on both devices, but with the new A14 Bionic chip, as well as faster data transfer and charging speeds, the iPad Air 4 comes out on top.

Although tablet cameras are generally nothing to write home about — somehow, they never seem to matter too much — in an age of working from home and Zoom calls, the front-facing camera is suddenly more important than ever. The iPad Air 4 has a 12-megapixel rear camera with a wide-angle lens (identical to the iPad Pro) and Apple’s Focus Pixels for autofocus on those tricky shots. The iPad Mini comes with an 8MP rear camera that gives solid quality images, especially in good lighting.

Both tablets have a 7MP front FaceTime HD camera, which offers average results but does have auto image stabilization — so no more glitchy Zoom calls or blurry selfies.

Neither iPad boasts a fantastic camera, but if we had to pick one, we’d go for the iPad Mini simply because of its more portable size — the rear-facing camera is also great for augmented reality (AR) apps as you can hold the tablet one-handed while looking at AR objects in the environment.

The iPad Mini ships with iPadOS 13.4, but it can be updated to the version of iPadOS on offer in the iPad Air 4, iPadOS 14. Apple is generally very good at offering software updates to devices for several years, but it’s certainly possible that the iPad Air 4 will get updates further into the future than the iPad Mini, as it’s a newer device.

Both the iPad Mini and the iPad Air 4 offer a range of special features. The iPad Air 4 supports the 2nd-Gen Apple Pencil, which magnetically docks to the side of the device to charge, while iPad Mini users will have to stick to the 1st-Gen Pencil. Neither iPad ships with the Pencil — the first 1st Gen Pencil will set you back $99 while you can pick up a 2nd-Gen Apple Pencil for $129 from Apple.

The 2nd-Gen Apple Pencil is easier to hold, charge, and keep track of, with its matte texture and smaller size — and you can take advantage of the Scribble handwriting to text feature of iPadOS 14. In contrast, you’ll need to take off the cap of the 1st-Gen Apple Pencil to access the Lightning port for charging, and there isn’t anywhere to store the pencil alongside your iPad Mini. That said, it’s good to see Pencil support on a tablet as compact as the iPad Mini, and the ability to hold the tablet one-handed while taking notes or sketching is pretty useful when you’re on the go. But ultimately, removing the cap — which it’s all too easy to lose — and plugging the 1st-Gen Pencil into the Mini feels like a clunky method of recharging, not to mention you can’t easily tell how much juice your Pencil has without turning on your iPad Mini.

The new iPad Air 4 also supports Apple’s Magic Keyboard, helping the device feel more like a laptop and turning it into a workhorse, although it will cost you an additional $299. For typing on the iPad Mini, you’ll need to invest in a third-party Bluetooth keyboard — and the iPad Mini’s smaller screen makes it more suited to shorter periods of productivity.

The iPad Mini sports a headphone jack — a nice surprise for those of us still attached to our old wired headphones. Pick up the iPad Air 4 and you’ll need to use Apple AirPods or invest in a USB-C to 3.5mm adapter to use your trusty old headphones.

Depending on how you use your iPad, the Mini and the Air 4 both have features to recommend them. If you’re a traditional wired headphone type who takes your iPad on your travels and is always sketching or taking notes on the go, the Mini may be your best bet, while if you want a Magic Keyboard case and the latest generation of Apple Pencil — and don’t mind using AirPods or investing in a headphone adapter — then the Air 4 is probably a better option. The differences aren’t enough to secure a win for either iPad, as it depends on your preferences — so this round is a tie.

The iPad Air 4 starts at $599 and will be available in October directly from Apple.

The iPad Air 4 and the iPad Mini have many similarities, but ultimately it’s easy to recommend the new iPad Air 4 thanks to its larger screen, more powerful chip, slimmer design, and compatibility with the 2nd-Gen Apple Pencil and Magic Keyboard. With that said, if you do decide to go for the Mini you may find some good deals this Amazon Prime Day or holiday season — or if you’re set on a more petite tablet you could wait for the release of the new iPad Mini, expected in 2021. For those on a budget looking for a new iPad, we’ve also got some of the best cheap iPad deals.