Home News I took ‘gamer supplements’ for a week to see if I’d become...
News 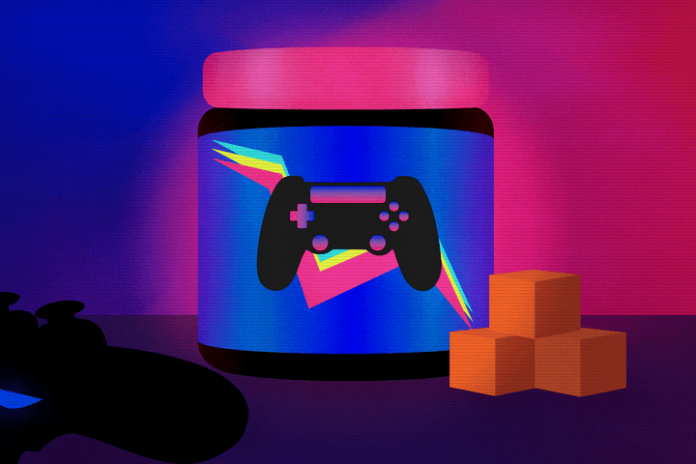 If you’re a gamer, you’re probably at least a little bit competitive, and whether you’re trying to defeat bosses or playing against other people online, it’s nice to have a competitive edge. This, my friends, is the basis of an entire industry — one that manufactures and sells supplements that can allegedly make you a faster, better, and more capable gamer.

While they’re not particularly well-known in most circles, these “gamer supplements” are available from a wide variety of sellers and come in just about every form you can imagine. There are pills, powders, drinks, drops, and even gummy vitamins; and each brand comes with its own proprietary blend of performance-enhancing compounds. These range from simple and familiar like caffeine or ginseng, to exotic chemicals that sound like they were pulled from the glossary of a cyberpunk chemistry textbook. You know, for those times when the Red Bull isn’t cutting it.

Thing is, there haven’t been any clinical trials focusing on these supplements and their efficacy, so as I’ve done before with other supplements that make big promises, I decided to try them out myself and track my performance stats.

After shopping around online and comparing all my options, I eventually decided to purchase a bottle of VPN gamer gummies. Think of them as Flinstones vitamins designed to boost your Call of Duty skills. The package promises “improved reaction time,” more energy, and better focus; and the active ingredients list includes Alpha-Glyceryl Phosphoryl, Panax Ginseng, Ginkgo Biloba, Lutein, and Zeaxanthin isomers. You know — normal stuff. The other ingredients are basically different types of sweeteners.

To assess the effectiveness of the gummies, I designed a simple experiment. Rather than playing a full-fledged video game that I would naturally improve at over time as it became more familiar (thereby skewing the results), I opted to take basic online tests for reaction time and aim speed. This way there was no room for strategy, and my results would be more clear-cut.

The first test, for reaction time, involves waiting for your computer screen to change color, then clicking your mouse as quickly as you can. You do this five times, and your score is given as the average. I decided to do this test twice to get a more accurate average and help smooth out any anomalies that might be caused by fluctuations in my internet throughput speeds.

The aim trainer test is slightly different. It involves moving your cursor across the screen to click on a series of 30 targets. Your score is the average time it takes you to move between the targets.

In order to establish a baseline, I performed both tests without the aid of my VPN gummies (or coffee, or any other stimulants), and recorded the results. My baseline for the aim trainer was 846 milliseconds, and my reaction time scores were 435 milliseconds and 490 milliseconds, which average out to 462.5 milliseconds.

In the next stage, I decided to take one gummy (half a dose) for the first couple trials, and then graduate up to two gummies (a full dose) from there. Lastly, for the sake of good science, I also took note of all the subjective effects I experienced along the way. Here’s how it went:

Upon taking my first gummy, the first thing I felt was a boost in energy. I think my focus was improved, but it’s hard to say. It’s important to note that these effects could have theoretically been psychosomatic. I eventually started feeling pretty wired — as if I had just downed a few shots of espresso. I have chronic anxiety, and I noticed I started to feel anxious.

After it was clear the supplements were coursing through my veins, I hopped on my computer and took the tests. After taking one gummy, my aim score was 802 milliseconds, and my reaction scores were 379 milliseconds then 287 milliseconds. So my target shooting mildly increased from the baseline, and my reaction time noticeably improved.

On the second day, I didn’t feel so cracked out after taking a gummy. Maybe I was already developing a tolerance to these strange ingredients. I noticed a small energy boost, and my focus might have improved slightly. Additionally, after I did my tests on this day, I experienced an energy crash, which may or may not have had to do with the gummy.

My aim score was my worst yet after taking the gummy, but not by a huge margin. My reaction scores remained about the same, and were still better than my baseline by a few dozen milliseconds. Thus far, it didn’t appear that the effects were particularly drastic. Perhaps half a dose wasn’t enough? Time to up the ante.

I upped my dose to two gummies on the third day. I would say this day I started to appreciate the gummies more, as my energy went up and it felt like my focus improved too. I also didn’t have an energy crash this time.

My aim score was pretty much normal on the third day, but my reaction scores were the best yet. At this point, I was starting to think that this supplement wasn’t doing much for my ability to shoot targets, but could be significantly improving my reaction time. On the fourth day — again with two gummies — my aim score did improve slightly. It’s difficult to say whether or not this performance boost would be enough to give me an edge in, say, a first-person shooter game, but the supplements did appear to be working.

The feelings on days five through seven were unremarkable, and largely mirrored those of days three and four. These things do give you a bit of an energy boost, but it’s really no more pronounced than a standard cup of coffee.

As for the tests, my aim scores were all in the mid-800s, and my reaction scores were all between 300 and 400 milliseconds. Looking back at the data for the week, these gummies don’t appear to have much effect on your aim skills, but they might have a small positive effect on your reaction time. My reaction time scores dropped below my baseline and remained there for the duration of the dosing period. Perhaps the claims on the bottle aren’t so far-fetched after all?

Of course, this experiment doesn’t prove that VPN gummies will improve your reaction time. To draw those kinds of conclusions, we’d need much more data and a far more rigorous testing protocol than the one I used. But still, based on the data gathered in this very simple experiment, I don’t think we can write off gamer supplements as being complete and utter snake oil. They might actually have some merit to them.

Facebook
Twitter
Pinterest
WhatsApp
Previous articleThese are the best external hard drives for your Chromebook
Next articleHP Labor Day Sale 2020: All the best deals, all in one place