Home News Here are all the special edition Android phones you can buy right...
News 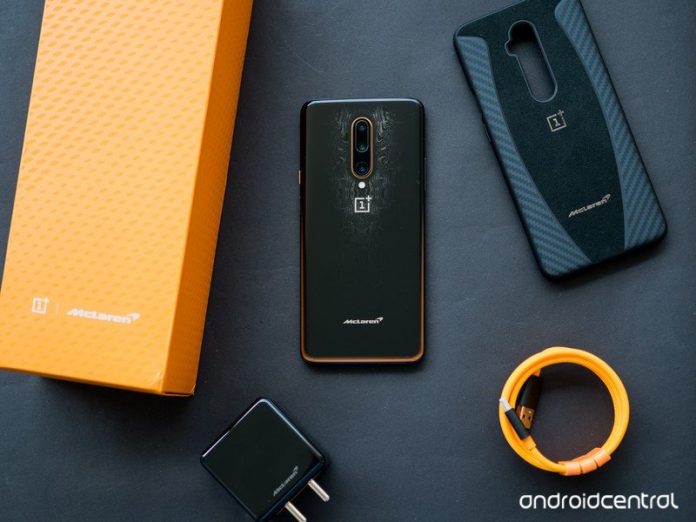 There are plenty of great Android phones in the market today, but if you want something that stands out a bit more from the likes of the Galaxy Note 20 Ultra or OnePlus 8 Pro, you’ll want to take a look at limited-edition models.

Phone manufacturers have fielded enticing limited-edition variants in recent years (the OnePlus 5T Star Wars edition continues to be my favorite), and if you are in the market for a new phone that’s not as mainstream, these are the best choices currently available.

Given the inherent nature of limited-edition phones, you’ll have to be quick to get your hands on the phone before it sells out — as was the case with the Thom Browne edition of the Galaxy Z Fold 2. Then there’s the fact that most of these limited-edition variants are limited to select markets, like the Avengers-themed OnePlus 6, which was released in India. Without further ado, let’s take a look at the limited-edition Android phones that are currently available. Can’t get enough of RM, Jin, Suga, J-Hope, V, Jimin, and Jungkook? Showcase your love for one of the biggest K-Pop bands in the world with the Galaxy S20+ BTS Edition. Samsung debuted the phone in collaboration with BTS, and the limited-edition model features a gorgeous Haze Purple color option with a matte finish, BTS logo at the bottom, and a heart emoji embedded in the rear camera housing.

Even if you haven’t heard of BTS or don’t care about the brand, that bright color is an instant attention-grabber. The Galaxy S20+ BTS Edition comes in custom packaging that includes a lot of goodies. You get seven collectible BTS photo cards (one for each member of the band), unique themes and live wallpapers, and a physical sticker pack.

Aside from the extras, the hardware itself is identical to the standard Galaxy S20+, and that means a 120Hz AMOLED panel, Snapdragon 865 chipset, 5G connectivity, outstanding cameras, and all-day battery life. The best part? The Galaxy S20+ BTS Edition is available officially in the U.S., and it costs the same as the regular version.

With a striking color and a matte finish, the Galaxy S20+ BTS Edition stands out from the regular model. You get a decent amount of goodies in the box, and the best part is that the internal hardware is unchanged from the standard Galaxy S20+. McLaren is one of the most storied names in motorsport, and the outfit is second only to Ferrari when it comes to race wins in Formula 1. If you’re a Formula 1 fan or have been following McLaren’s road cars for some time now, the OnePlus 7T Pro McLaren Edition is the obvious choice to show off your love for motorsport.

The phone stands out for a lot of reasons, with the design paying homage to McLaren’s distinct orange hue. You’ll find a unique texture underneath the glass back that’s styled after McLaren’s composite material, the McLaren branding at the bottom, and orange accents around the camera housing and alert slider differentiate the design. You also get a delightful case in the box with Alcantara and kevlar trimmings. There’s even a braided orange USB-C cable in the box along with a wall plug with McLaren branding.

Even though the 7T Pro McLaren launched nearly a year ago, it is just as fast as current Android flagships. You get an all-screen AMOLED panel without any cutout thanks to a retractable camera module, Snapdragon 855+ chipset, 12GB of RAM and 256GB of storage, and all-day battery with 30W fast charging. At $699, it is a relative bargain for what’s on offer.

OnePlus ended its partnership with McLaren at the start of 2020, so if you’re interested in motorsport and want a phone that stands out, get your hands on the OnePlus 7T Pro McLaren Edition while it’s still available. The OnePlus 7T Pro McLaren Edition offers an interesting design that pays homage to McLaren’s Formula 1 heritage. The hardware that you get here is just as fast as the latest Android phones, the all-screen design is a delight to use, and you’re getting excellent value. The Find X2 Pro Lamborghini Edition is the quintessential limited-edition phone: it costs an absurd amount of money, comes with just about every accessory OPPO has to offer, and it has an over-the-top design. It is therefore the ideal phone to get Lamborghini branding.

The back of the Find X2 Pro Lamborghini Edition features a four-layer carbon fiber texture with a 3D-ridged body that’s styled after Lamborghini’s Aventador SVJ Roadster. There’s a hexagonal camera housing, the obligatory Lamborghini badge at the bottom, and you get a custom ColorOS 7.1 theme that manages to convey the ostentatiousness of a sports car via software.

You obviously get custom packaging (with a scissor-door design just like the Aventador), and there are a lot of accessories bundled with the phone. There’s wireless earbuds, a fast charging car charger, 65W wall plug with a braided cable, and a leather case with the Lamborghini badge.

As for the hardware itself, it’s unchanged from the standard Find X2 Pro. You get a 120Hz QHD+ panel, Snapdragon 865 chipset with 5G, 12GB of RAM and 512GB of storage, dual 48MP cameras at the back with a unique zoom lens, and 4260mAh battery with 65W fast charging. You can buy a Galaxy Z Fold 2 and a standard Find X2 Pro for what you’re paying for the Lamborghini variant, but if you’re keen on the badge, you don’t probably care. As with any Lamborghini-branded product, the Find X2 Pro is ridiculously costly. You do get a lot of extras, including an aggressive design with carbon fiber elements and a host of accessories in the box. The phone itself is one of the best money can buy, and the hardware should hold up just fine for several years.